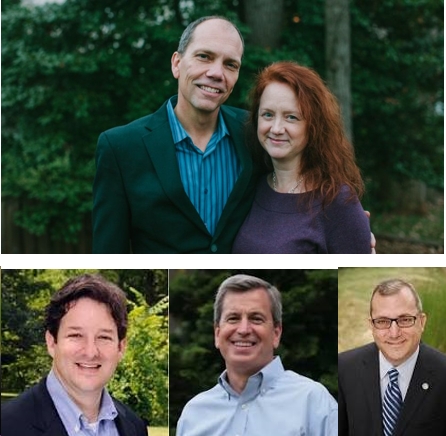 This is impressive; what’s unprecedented in Arlington is to have legislators (or any elected officials, for that matter) endorse against an incumbent County Board chair. In fact, of Arlington’s sitting elected officials, only ONE (Commonwealth Attorney Theo Stamos) has endorsed incumbent Libby Garvey. Also, note that NONE of Garvey’s colleagues on the County Board have endorsed her, and that her vice chair (Jay Fisette) has endorsed her opponent, Erik Gutshall. That really speaks volumes. Finally, I’d point out that even though Garvey served on Arlington School Board for 15 years, not a single School Board member has endorsed her, while one – Reid Goldstein –  has endorsed Erik Gutshall.

Of course, perhaps if Garvey hadn’t endorsed and actively campaigned for Republican John Vihstadt against Democratic nominee Alan Howze (who would have made an excellent County Board member, infinitely better than Vihstadt), it wouldn’t have come to this. It also might have helped if she had endorsed Rip Sullivan when he ran for House of Delegates. And if she hadn’t held a fundraiser with former Rep. Tom Davis (R). And, and, and… Anyway, I’m hoping to see a lot more Democratic elected officials endorse Gutshall soon; he’d make a far, far better County Board member than his opponent.

Arlington, VA — For the first time in memory, a coalition of Democratic state lawmakers who, combined, represent 60% of Arlington voters are endorsing a primary challenger to the sitting County Board Chair of the same political party. Today, Senator Adam Ebbin (D-30) and Delegates Alfonso Lopez (D-49) and Rip Sullivan (D-48) announced their support for small business owner, civic leader, and APS parent Erik Gutshall in the June 14th Democratic primary for County Board. These lawmakers join other current and former elected officials in support of Gutshall’s candidacy.

“As former co-chair of the Virginia Progressive Caucus, I know how important it is to have progressive leaders at all levels of government,” said Senator Ebbin. “Erik has proven himself to be a forward-thinking leader on the planning, transportation, and economic development commissions, and will be a Board Member we can trust to put our Democratic values into action.”

Delegate Lopez continued, “South Arlington is at a crossroads, and while it’s easy to criticize and divide, my constituents need a County Board member dedicated to finding solutions to transportation, housing, and education issues. Arlington needs a leader who understands the diverse needs of my Columbia Pike community and who is committed to our success.”

“Erik has the experience and vision to ensure the County’s long-term prosperity, sustainability, and success,” said Delegate Sullivan. “History shows us the dangerous implications of short-changing critical investments, and I’m confident Erik will meet our community’s obligations to future generations in a budget-conscious way, as he has demonstrated time and again as a civic and business leader.”

The support of these lawmakers, who represent voters from Madison to Fairlington, from Claremont to Crystal City, demonstrates the diverse group of Arlingtonians who have come together to support a campaign dedicated to finding thoughtful solutions to the County’s challenges.

“Democrats recognize the difference between investments and expenditures,” said Gutshall, “and know that we didn’t become the community we are today by accident. Arlington is at a crossroads, and this election presents a clear choice. I’m honored to have the support of Senator Ebbin, and Delegates Lopez and Sullivan, along with voters all across this County. Together, we’ll make Arlington an even better place to live, work, and raise a family.”