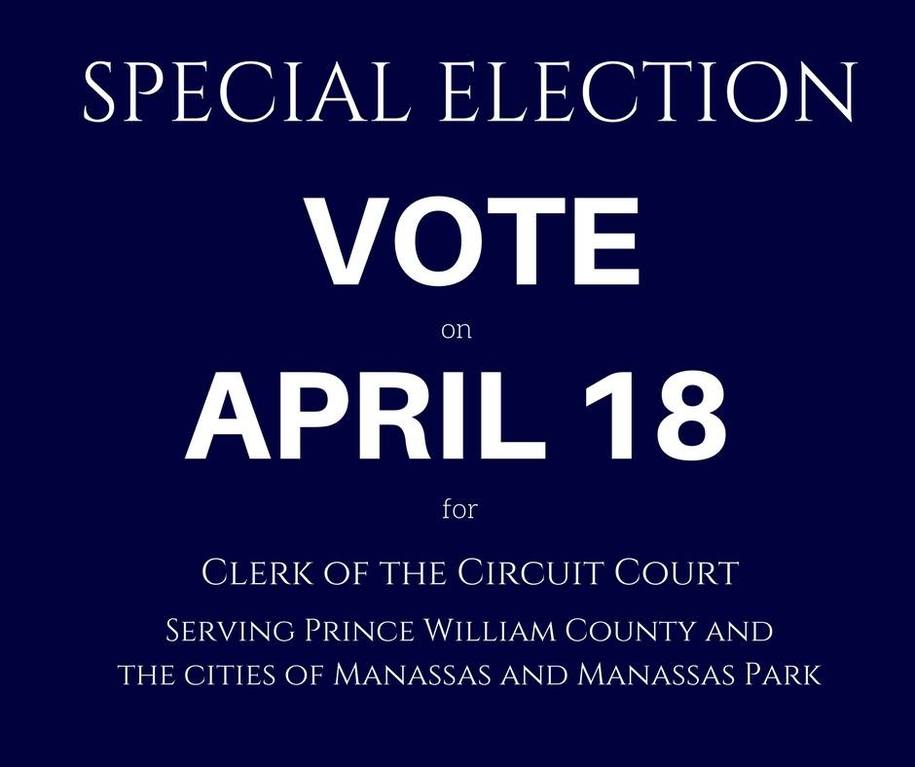 Virginia is the main electoral battleground of 2017, and Prince William County sits in a very unique position. Several of the House of Delegates (lower state house) seats here are among the 17 won by Hillary Clinton in November but held by Republican incumbents.

For over a decade, the Republican party has capitalized on low off-year voter turnout to keep control of a county that get bluer every year. That ends this year, and it starts a lot sooner than the November 7th General Election.

On April 18th, a Special Election will be held for the Clerk of the Circuit Court, which services Prince William County, Manassas and Manassas Park. Jacqueline (Jackie) Smith is the candidate chosen by the Democratic Party while Jackson Miller has been tapped by the Republicans.

On the surface, this may seem like a low-profile race, but there are several reasons why this will be a race to watch (and help out with!):

– Jackson Miller is the VA House Majority Whip. His candidacy for this Clerk post emphasizes the importance of the role AND exposes the fact that Miller is either worried about his prospects in November or just wants a better-paying government job.

– Prince William County has long-since been a bellweather. A win here can set the tone for the rest of the 2017 campaign season not only in PWC, but in the entire state. In fact, the race is already getting statewide attention.

– There are dozens of Indivisible and other like-minded resistance groups that have formed in the area between November 9th 2017 and now. Harnessing the energy of activism of these groups and their newly-awakened supporters is a key to victory this year, and this race is a tangible battle for them to invest themselves in.

Republicans have reportedly said that turnout is going to be low, which in their minds means it’s going to be a win for them. Here’s the thing, though — Jackie Smith ran for this spot in 2015, and lost only by a few percentage points; she’s got name recognition and is still in the swing of running for this countywide+ race.

She’s also been getting help from all of us who are running for the House of Delegates this year in the Prince William Area; two weeks ago I had 27 volunteers handing out her literature alongside mine, and this past weekend another candidate did the same; this coming weekend two more will be pitching in as well.

Fellow Democrats, help us send a loud and clear message. Please spread the word about the race and Jackie Smith to everyone you know in Virginia. And please spare whatever you can for her campaign.