Why did I just spend 24 straight hours crisscrossing Virginia? The same reason I got into this race to begin with – to elevate the voices of struggling Virginians and inspiring community advocates who understand that the economy and system have stopped working for most Virginians. As some voters tune into this race for the first time, we wanted to use this tour to shine a light on amazing anti-hunger efforts in Richmond, women’s shelters in Hampton Roads, and those advocating against hate and attacks on immigrants during these frightening times.

It is because of the single mom I met during the graveyard shift, working full-time for less than $10 an hour. She is the sole bread-winner because her fiancé is “in jail for being addicted to drugs,” and told me that a $15 an hour minimum wage would “change my life and probably what future my kids have.” 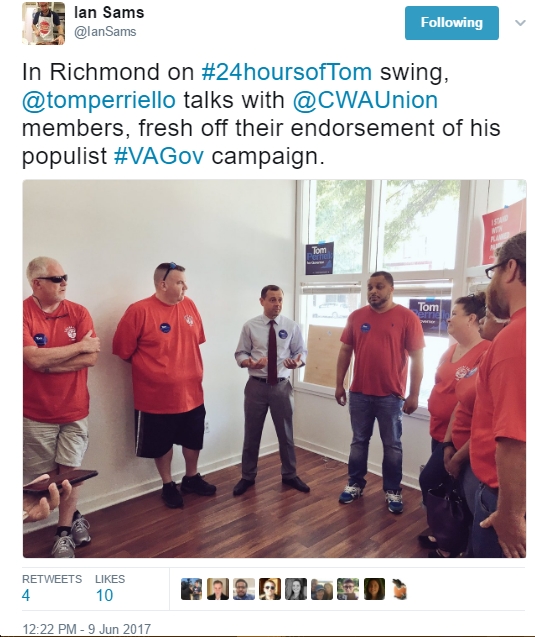 It is because of the retired CWA worker in Petersburg who said the Affordable Care Act was the best thing that ever happened to his son and nephew. He and his wife are terrified about what will happen if they lose their care or the insurance companies “get back the power to just kick them off insurance when things hit rock bottom.”

It is because of the waitress who has spent several years being a year away from finishing her degree in counseling because the student debt burden just got too high to continue.  She wants her kids “to see her doing a better job now that they are old enough to get it.” 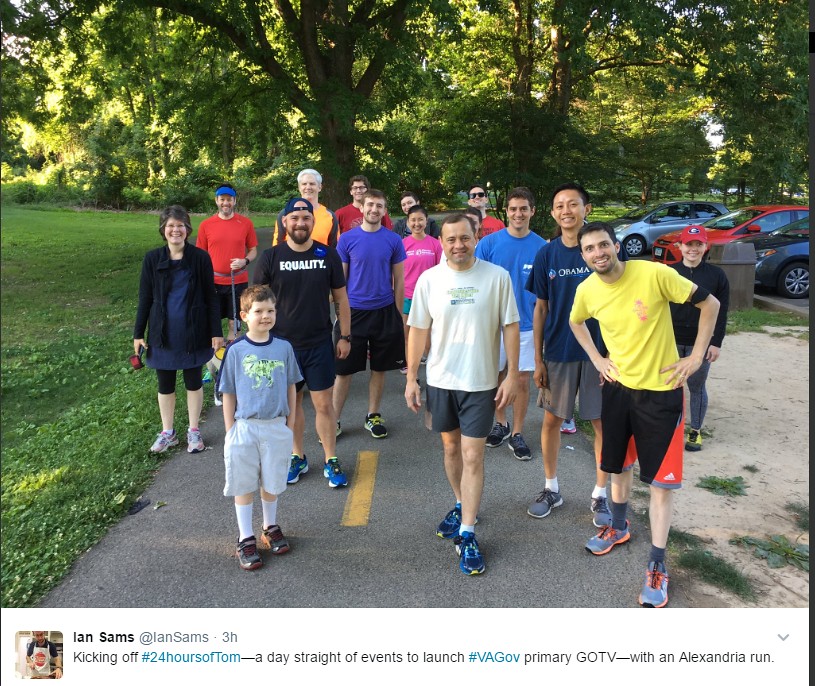 It is about the fisherman on the Eastern Shore worried that his livelihood – the same work that has supported his family for three generations – is under threat from President Trump’s budget cuts to Chesapeake Bay restoration funding and leaders in Richmond who “don’t seem to get that the shoreline I have always known isn’t there any more.”

It is about those producing amazing solutions in our communities that could be supported and taken to scale over my four years as governor. Sometimes our greatest excuse for doing nothing is that these problems cannot be solved. But that lie is shattered every day by the amazing leaders of the Avalon clinic working to provide shelter to those suffering from abuse but also identifying prevention policies that can break cycles of violence in the home. It is rebutted by immigrant rights advocates and those fighting hunger who refuse to accept that attacks on the vulnerable will stand in Virginia. It is about anti-pipeline advocates who show up at the Waffle House in Waynesboro at 4am to make sure I will hold strong in my commitment to a clean energy future. And countless others. 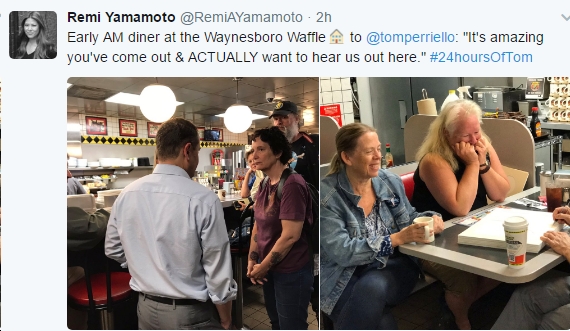 I launched this campaign for governor because I believe Virginia is ready to be the inclusive, just Commonwealth I have always dreamed it could be. We can forge an economy that leaves no race or region behind, and do so while protecting women’s rights, our climate, and our Constitution. The grassroots response to our campaign has fueled this journey, as it fueled our 24-hour marathon yesterday.

And now, after a brief nap, we hit the trail again today from Charlottesville to Roanoke to Hampton Roads. We will continue to make sure those who normally have no voice in our politics, those too busy working their second shift to attend a political fundraiser, have a reason to care, a reason to vote, a reason to hope that progress is always possible.