Thanks to the amazing, apparently omnipresent Stair Calhoun for the video (see below) from just a few minutes ago. Great job covering this decision, which found that what happened in HD-28 was not (in the words of Del. Mark Levine – see first video, below) a “systemic problem,” but instead that the “disenfranchisement of 147 people, the denying 86 people the right to vote, along with the illegal placement of 61 ballots…that don’t belong there was a garden-variety thing…even though they’ve known about it since 2011 and didn’t fix it in 2012 or 2013 or 2014 or 2015 or 2016, it’s not a systemic problem he said, it’s just a…repeated accident that happened again and again and again…He basically found that if election officials make mistakes, unless it’s intentional, no big deal.” Argh. On the other hand, we did pick up 15 seats this election, an amazing accomplishment we can all feel great about, and came soooo close (but yet so far). 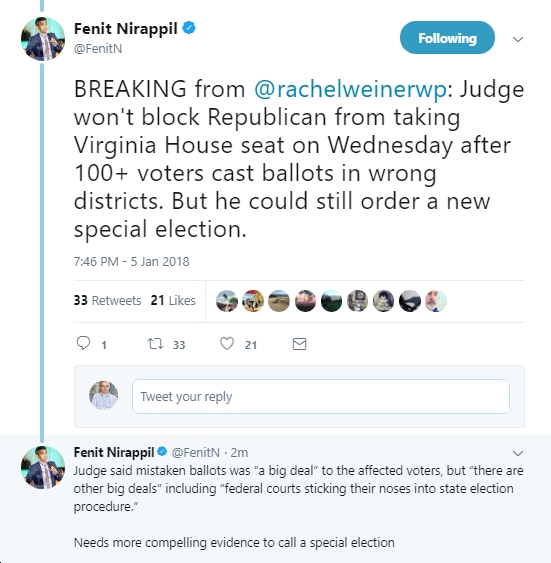