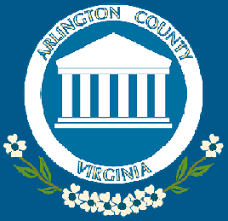 This should be interesting.

Arlington, VA – The May 5, 2010, meeting of the Arlington County Democratic Committee (ACDC) will feature a special debate on the petition drive led by Arlington Fire Fighters and other groups to force a referendum to change Arlington County’s form of government from the County Manager Plan form to the County Board form.

This effort has been the subject of substantial discussion within the Arlington community, and has prompted the establishment of groups both supporting and opposing the proposed referendum.

The May 5 forum will be moderated by Arlington County Democratic Committee Chair Mike Lieberman.  The event is open to public and media are welcome to attend.

Immediately following the debate, the Arlington County Democratic Committee will likely consider and vote on whether to support or oppose the proposed ballot measure.

For more information on this subject, which is being hotly debated in Arlington County right now, see the “Committee for a Better Arlington” Facebook page (for those supporting a change in Arlington’s form of government) and the “Coalition for Arlington Good Government (CAGG)” Facebook page (for those opposing this change). Also, see here for a chart showing the various forms of county government in Virginia, and here for a memo by Arlington’s county attorney analyzing the the proposed change in government form.  To put this measure on the ballot, supporters need to gather around 14,000 signatures (of Arlington registered voters) by July 15.  I have no idea how close they are to doing so, but hopefully we’ll find out next Wednesday at the ACDC meeting.