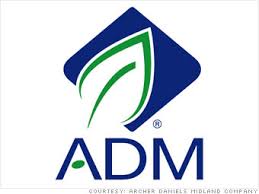 According to The Hill newspaper, Sen. Amy Klobuchar (D-MN) “is introducing legislation to expand use of renewable electricity and transportation fuels that she says is a way to increase political support for broad energy legislation among farm-state lawmakers.” Reuters adds that Klobuchar's legislation would promote “a long-term extension of biofuel tax breaks.”  Klobuchar says, “it is time to look at home-grown energy and that includes biofuels and they should be part of this.”

At first glance, that all sounds innocuous enough, but there's a major problem: Sen. Klobuchar is (cleverly) baiting the hook with a strong Renewable Energy Standard, which most environmentalists support, but at the same time she's also including the worst of the worst biofuels proposals – corn ethanol.  For instance, as Nathanael Greene of NRDC points out, Klobuchar's proposal includes a 5-year extension of the corn ethanol tax credit, at a cost to taxpayers of more than $30 billion.  Klobuchar's legislation also appears to redefine old-growth forests as “biomass,” potentially promoting deforestation.   And Klobuchar's legislation would harm the development of truly advanced biofuels, in favor of corn ethanol.   There's more, but that's sufficient to give you a good idea of how misguided and potentially harmful this bill happens to be.

More broadly, the problem is that promoting corn ethanol actually would set us backwards on our climate and clean energy goals.   NRDC has written a great deal about corn-based ethanol, most of which is not flattering.

*From an NRDC article published in March 2010, we learn that “the current corn ethanol tax credit is effectively costing tax payers $4.18 per gallon and is driving up grain prices.”  The author, Nathanael Greene, concludes that “[w]e don't need an additional 1.4 billion gallons of corn ethanol, or the higher prices for grains and more deforestation that come with it…It's time to transition from corn ethanol's pollution and pork to a new generation of more sustainable biofuels that brings us closer to real energy independence.”

*From this NRDC article published in January 2010, it turns out that “The old, dirty ethanol industry is dominated by big companies likeArcher Daniels Midland (ADM) and Poet.” The author, Roland Hwang, adds, “It’s baffling why an industry that benefits from $4 billion a year in government subsidies can’t find a way to compete on environmental merits.”

*As Nathanael Greene points out here, “the nitrogen runoff from corn grown all along the Mississippi causes a huge dead zone in the Gulf every summer.”  And, “[w]ith about a third of the corn crop going to make corn ethanol, it should be clear that more corn ethanol is not a real solution.”

In addition to NRDC, Barack Obama also weighed in during the 2008 presidential campaign, declaring that “we're going to have a transition from corn-based ethanol to cellulosic ethanol, not using food crops as the source of energy.”

It is now abundantly clear that food-to-fuel mandates are leading to increased environmental damage. First, producing ethanol requires huge amounts of energy — most of which comes from coal.

Second, the production process creates a number of hazardous byproducts, and some production facilities are reportedly dumping these in local water sources.

Third, food-to-fuel mandates are helping drive up the price of agricultural staples, leading to significant changes in land use with major environmental harm.

Most troubling, though, is that the higher food prices caused in large part by food-to-fuel mandates create incentives for global deforestation, including in the Amazon basin. As Time magazine reported this month, huge swaths of forest are being cleared for agricultural development. The result is devastating: We lose an ecological treasure and critical habitat for endangered species, as well as the world's largest “carbon sink…”

Meanwhile, the mandates are not reducing our dependence on foreign oil. Last year, the United States burned about a quarter of its national corn supply as fuel — and this led to only a 1 percent reduction in the country's oil consumption.

In short, the problem is that while “biofuels” sounds as benign as apple pie, corn ethanol – the main biofuel available today – is actually bad for the environment both in the U.S. and abroad, bad for the poor, and bad for the American taxpayer.

Just to be clear, ethanol from cellulosic material is a completely different – and far superior – story from other, advanced biofuels (e.g., cellulosic), but advanced biofuels are not what Senator Klobuchar's talking about here.  To the contrary, Senator Klobuchar is using this once-in-a-generation chance for comprehensive, clean energy and climate legislation, to push through a big agribusiness, corn ethanol boondoggle that will harm the environment, do nothing to reduce U.S. dependence on oil or to help strengthen U.S. national security.

Yes, we want increased production of renewable energy like wind and solar. Yes, biofuels done the right way could be an important part of the U.S. energy mix.  But no, Sen. Klobuchar's approach – promoting dirty, old corn ethanol – is simply not the correct approach to the energy and environmental challenges we are facing.