Don’t know what’s worse: our Governor who knows little about public policy or his agendas based on slogans and mantras. Probably our Governor since it is his administration which spawns so many half-baked and potentially deleterious initiatives. But they show savvy for shifting responsibility. Take the state employee pay cut.

Really, that is what the sea-change to the state pension plan portends. It is also part and parcel of another Republican Ponzi scheme. The brilliant idea to go into debt to build highways is another. Oh, and selling off revenue generating assets for a one time “windfall” without a strategic plan to replace the recurring revenues is one too. There is a clear pattern here: make promises someone else will pay for. Jim Gilmore redux.

“The legislature also is likely to discuss whether to offer state employees the option of contributing to a 401(k) plan they can manage themselves instead of a defined-benefit plan run by the state.” as reported in today’s Richmond Times Dispatch

Delegate Chris Jones (R-76th) says he is disappointed that localities decided to pay the new employee share of the defined-benefit plan cost. What would he say if they hadn’t paid and the employees rose up? That it was a local decision and he is disappointed that localities hadn’t fulfilled their obligations to employees? There’s your savvy political posturing. It isn’t as though we have the highest paid teachers in America and aren’t competing with other states and within the state for the best.

“It’s going to make it that much harder to get good people in the classroom,” said Robley S. Jones, lobbyist for the Virginia Education Association

For years Delegate Bob Purkey (R-82nd) has been sounding the alarm regarding defined-benefit plans. About all you get out of Purkey is alarm. In a typically Republican manner, he never gets down to saying if he wants to do away with them or just find a better way to pay for them, only that they are a festering financial fiasco. One would wager that Purkey would favor the 401(k) plan approach, but how responsible would that be if, as the Speaker of the Virginia House, Bill Howell (R-28th) believes, there is a secret plan for the government to steal all our private pension plans? Remember though, that that defined-benefit festering financial fiasco was brought closer to reality by Governor McDonnell’s maneuvering to underfund the pension plan itself in this year’s budget.

That underfunding is okay, however, if we change the entire retirement system so that all employees are required to make contributions. Those contributions will make up for the shortfall, at least for his term in this office, and maybe long enough for him to fulfill aspirations for higher office where he can extrapolate his malfeasance.

A fellow who has degrees from both Notre Dame and Regent University has to be familiar with the concept of robbing Peter to pay Paul. Or does he? You see, there a whole lot more to finance than you glean from management courses or is offered in a law school; even an accredited one. So maybe McDonnell just doesn’t understand that a one-time bonus for state employees justified by raiding their retirement plan isn’t going to make up for the long-term net pay reduction his lackeys are about to render in the name of fiscal responsibility. Or maybe Peter and Paul will both be dealt with by Ponzi.

McDonnell said he created a work group several months ago to consider pension options. He cited concerns about unfunded, long-term liabilities; the increasing number of employees retiring; and the potential for big increases in employer contribution rates next year.

“The numbers just don’t add up,” he said.

No, Governor, yours never do. 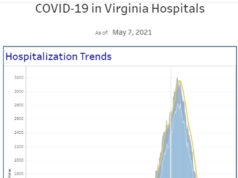