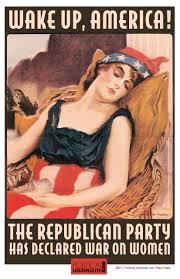 One of the Democrats’ strongest General Assembly candidates this cycle, Pam Danner, rips into Karl Rove’s BFF Barbara Comstock for supporting legislation “that requires all women’s health centers be licensed and regulated by the Board of Health as a category of hospital.” In short, Comstock – in spite of being a woman herself – supports the Republican war on women’s reproductive rights, just as much as anyone. She needs to be defeated this November. Badly.

McLean, VA – On Friday, August 26th, the Virginia Department of Health released draft regulations for licensure of women’s health centers that perform first-trimester abortions.  During the 2011 session, Pamela Danner’s opponent, Barbara Comstock, voted for the legislation [SB 924] that requires all women’s health centers be licensed and regulated by the Board of Health as a category of hospital.

“I am disappointed to read these new regulations that do not reflect sound medical practices, but add unnecessary regulations that threaten to shut down women’s health centers across the Commonwealth,” said Danner.  “The aim of these regulations is clear – to restrict access to a safe and legal medical procedure.  Stringent building regulations for women’s health centers may very well also mean that women across the Commonwealth lose access to reproductive health services, including life-saving cancer screenings, family planning, and STI testing and treatment.”

“My opponent supports overturning Roe v Wade and will continue to chip away at our reproductive rights.  While under the guise of protecting women, her real goal is to eliminate access to an already safe, legal medical procedure.”