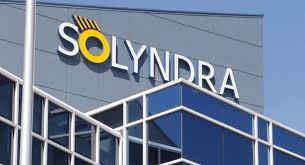 Over the past 3 years, we’ve seen Republicans repeatedly blame President Obama and the Democrats for one after the other of their own “babies.” A few examples:

*The Great Recession, which started on THEIR WATCH and was caused mostly by THEIR policies!

*The budget deficit and debt, both of which were racked up overwhelmingly on THEIR WATCH (Reagan and Bush 43 in particular), and which were mostly inherited by Barack Obama the day he took office.

*Rising income inequality, which is almost 100% their fault, as a result of their massive and sustained class warfare against working people and in favor of the super-wealthy.

*”Cap and trade,” which was a conservative, Republican, free-market idea coming out of the Reagan and Bush 41 administration, but then became Evil Incarnate once the Democrats started to champion it.

*The individual mandate, which was the Republican alternative to the employer mandate, but became Evil Incarnate once – you guessed it, once Democrats started to take ownership of it.

*The health care reform package, which is almost identical to both Romneycare AND the 1993/93 Republican alternative to “Hillarycare.” But now it’s all Evil Incarnate, because — yep, you guessed it, because Democrats are for it.

*Debt ceiling increases, which they used to vote for routinely, but are not anathema because – yep, you guessed it…

And now, there’s the Solyndra bankruptcy, which Republicans are pinning 100% on the Obama administration. Except for one thing: yet again, this was THEIR BABY!

That’s right, as Stephen Lacey details, the Bush administration created the 1703 loan guarantee program, under which Solyndra applied for a loan back in December 2006.  Then, in late 2007:

Solyndra was one of 16 clean-tech companies deemed ready to move forward in the due diligence process. The Bush Administration DOE moves forward to develop a conditional commitment.

In an effort to show it has done something to support renewable energy, the Bush Administration tries to take Solyndra before a DOE credit review committee before President Obama is inaugurated. The committee, consisting of career civil servants with financial expertise, remands the loan back to DOE “without prejudice” because it wasn’t ready for conditional commitment.

As if all that’s not enough to prove that Solyndra was “their baby,” there’s also the fact that this company “partly backed by the conservative Walton family had received a loan guarantee from the [Bush Administration] Department of Energy.” More broadly, this wasn’t partisan at all, as “[p]rivate sector investors – who put more than $1 billion of their own money on the line – also saw great potential in the company.”

Of course, just as with “cap and trade,” the “individual mandate,” health care reform, etc., etc., none of these facts will stop Republicans from disingenuously and hypocritically attacking President Obama. It’s our job to push back. Fortunately, as is almost always the case when it comes to Republican attacks, the facts are on our side.

P.S. One more thought: consider who benefits from this vicious, sustained, opportunistic attack on solar power and an on clean energy in general.  Gee, that’s a tough one. Not. I mean, c’mon, we all know that Dirty Energy interests – Big Coal, Big Oil, etc. – have it in for solar, as well as for the Democrats. We also know that Dirty Energy has pretty much bought and paid for the Republican Party, including people like Dirty Energy lobbyist/shill George “Felix Macacawitz” Allen. Any further questions regarding what’s behind all this nonsense?