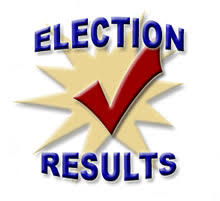 Feel free to use this as an open thread to discuss today’s elections and the results as they come in. I’ll start posting returns as soon as they are available. Also, you can follow the returns at the Virginia State Board of Elections website and at VPAP. If you hear anything interesting, please post it in the comments section. Thanks!

UPDATE 6:20 am: In Fairfax County, in contrast to Loudoun, Democrats did fine, with Sharon Bulova, John Foust, Penny Gross, and Linda Smyth cruising to reelection over Republican opponents. On the School Board, it looks like whatever revolt there was basically fizzled, as it appears that incumbents and Democratic-endorsed candidates overwhelmingly won yesterday. Also, Stan Barry won easily (54%-45%) for Sheriff over Bill Cooper.

UPDATE 6:17 am: The Loudoun County Board of Supervisors will be all Republican (York, Volpe, Buona, Clarke, Williams, Higgins, Letourneau, Reid, Delgaudio). Terrible news for the environment and everything else, including sanity.

UPDATE 11:16 pm: I just heard that Edd Houck lost. Apparently, there was some sort of compilation error earlier, because it seemed like Houck had it locked up. Argh; down to 20-20, it seems.

UPDATE 11:06 pm: Uh oh, it now looks like Edd Houck has slipped slightly behind Bryce Reeves in the 17th Senate district. Could we now be looking at a potential 20-20 tie in the State Senate, not the 21-19 Democratic majority which seemed likely just a little while ago? It sure looks possible.

UPDATE 11:05 pm: It looks like another nailbiter election for Janet Oleszek. This thing could come down to the absentee ballots, maybe even a recount because it’s so close. Stay tuned on this one!

UPDATE 10:53 pm: Sen. Roscoe Reynolds has lost, but it looks like all other incumbent Democratic Senators will hang on, resulting in a 21-19 Democratic majority in the State Senate. My prediction, which I thought was a bit optimistic, had been 20-20. Republicans, in contrast, were practically giddy prior to this election, “measuring the drapes” so to speak. Well, sorry, but it looks like counting chickens before they hatch remains a bad idea. Apparently, Bob McDonnell, Ken Cuccinelli, et al. forgot that lesson (or never learned it in the first place?).

UPDATE 10:44 pm: For Fairfax County School Board, Meghan McLaughlin looks like an easy winner, as do Pat Hynes and Dan Storck. Kathy Smith holds a decent lead, and Janie Strauss holds a narrow lead. For the at-large School Board seats, the three Democratic-endorsed candidates — Moon, McElveen, Velkoff — are all leading right now, but not by large margins.

UPDATE 10:38 pm: In Loudoun County, it looks like Mike Chapman is easily defeating Steve Simpson and Ronald Speakman for Sheriff. For the Board of Supervisors, it appears that raving lunatic Eugene Delgaudio will win again. It boggles the mind. Ken Reid and Kelly Burk are in a tight race, as are Andrea McGimsey, Shawn Williams and Cliff Keirce. Stay tuned, but it definitely looks like solid Republican control of the Loudoun County Board of Supervisors.

UPDATE 10:11 pm: With just 2 precincts left to report, and Sen. Roscoe Reynolds trailing by 645 votes, it appears that he will go down to defeat tonight. 🙁 That brings the State Senate to 21-19 Democratic, with several races still outstanding, but Dems leading in all of them as of now.

UPDATE 10:07 pm: In Falls Church, the referendum on moving the date of municipal elections from May to November passed by a 2:1 margin. Most importantly, that means The Green Miles is very happy right now! 🙂 Also, in Arlington, County Board members Mary Hynes and Walter Tejada easily won reelection. Congratulations!

UPDATE 10:04 pm: With just 3 precincts left to report, it looks very likely that Sen. Edd Houck will hang on in the 17th district, most likely clinching continued Democratic control of the State Senate. I’m definitely not ready to call it yet, though, with several close Senate races still with precincts yet to report…

UPDATE 9:49 pm: Sen. Edd Houck now leads by 37 votes with 91.3% of precincts reporting. If Houck holds on, and if Roscoe Reynolds is the only incumbent Democratic Senator to lose tonight, then Dems will keep control of the State Senate, 21-19. Several races, however, are still too early to call (although all are leading), including Phil Puckett, Chuck Colgan, Dave Marsden, George Barker, and Toddy Puller.

UPDATE 9:45 pm: Sadly, it looks like bully/xenophobe Corey Stewart is cruising to reelection as Prince William County Board chair over Babur Lateef. I certainly hope that Lateef stays involved in Democratic politics after this election, as he’s a great guy with a lot to offer! On a happier note, Sharon Bulova is also cruising to reelection as Fairfax County Board chair over Spike Williams. Congratulations to Sharon Bulova! Oh, and in Alexandria, Ed Semonian crushed Christopher Marsten for Clerk of Court, despite some nervousness among Alexandria Dems about this race.

UPDATE 9:40 pm: Not seeing any particularly good news on the House of Delegates side. Still hoping Mike Kondratick pulls it out, but it’s not looking great right now. Bummer.

UPDATE 9:35 pm: John Cook now leads Janet Oleszek 4,002-3,812 in Braddock District, with 9 precincts counted. As for Ward Armstrong, I’m really not seeing how he can pull this one out, as he trails by 6 percentage points with 88% of precincts reporting.

UPDATE 9:31 pm: George Barker is ahead of Miller Baker 58%-41% with 33% of precincts reporting. It’s possible Baker could overcome Barker’s big lead from the Alexandria part of the district, but I doubt it at this point. We’ll see…

UPDATE 9:22 pm: Edd Houck is now leading by 4 votes (!) with 87% of precincts reporting in the 17th Senate district. Can’t get much closer than that! Dave Marsden and Toddy Puller are also leading, which means that only Roscoe Reynolds is currently trailing out of all the Democratic Senators. Go Roscoe!!! Oh, and Janet Oleszek is now trailing John Cook 3,461-3,342 in Braddock District, with 8 precincts counted (18 more to go).

UPDATE 9:00 pm: Sadly, I think Roscoe Reynolds is going down to defeat tonight. He trails Bill Stanley 47.1%-45.2% with 91.7% reporting. Sigh… On a happier note, Toddy Puller has now pulled ahead of the heinous – albeit always entertaining – Jeff Frederick, 52%-48%, with 27% of precincts reporting (Fairfax County finally starting to come in – yay!).

UPDATE 8:55 pm: Right now, it doesn’t look like either Bert Dodson or Shawn Mitchell are going to pick up Senate seats currently held by Republicans, as many Democrats had hoped at some point in this campaign season. Dodson trails by 16 points with 62% counted. Mitchell trails by 10 points with 6% of precincts counted.

UPDATE 8:50 pm: Chuck Colgan leading 54%-46% with 26% of precincts counted. Barbara Favola looks like a sure winner, as she’s crushing the not-even-close-to-ready-for-prime-time Caren Merrick 71%-29% in Arlington County. Back to being an entrepreneur for Merrick, I guess. Bye bye 🙂

UPDATE 8:47 pm: Not looking strong for Ward Armstrong right now, as he trails 51%-49% with 76% counted. Don Langrehr trailing by 24 points with 41% reporting in the 12th House of Delegates district. Not looking good there, obviously. Same thing with Esteban Garces, who is getting beaten soundly by Mark Dudenhefer in the 2nd House district. I hope that Garces will stay involved, possibly run again, assuming he doesn’t stage a miraculous comeback tonight of course. 🙂

UPDATE 8:43 pm: Edd Houck now trailing, 50.2%-49.6%, with 62% of precincts reporting in the 20th Senate district. Lots more to come from Albemarle, which is good for Houck, but also from Spotsylvania, which is not. Hmmm.

UPDATE 8:40 pm: John Miller leading 50.9%-48.9% with 87% of precincts reporting. This would be an important victory, as many thought Miller could lose. Also, Ralph Northam is winning easily over Ben Loyola in the 6th Senate district. Nice.

UPDATE 8:33 pm: Question — Why does Fairfax County always take so freakin’ long to report its results?!?

UPDATE 8:23 pm: Ron Villanueva is leading Adrianne Bennett by 15 points with 39% of precincts reporting in the 21st House district. Not looking good there at all.

UPDATE 8:16 pm: George Barker up 69%-31%, but it’s all in Democratic-friendly Alexandria’s west end; let’s see what Fairfax and Prince William look like when their results start coming in.

UPDATE 8:10 pm: It looks increasingly like Bert Dodson won’t be able to beat Tom Garrett in the 22nd Senate district, as he trails by 9 points with 34% of precincts reporting. That’s one Democrats were hoping to pick up.

UPDATE 8:08 pm: Ralph Smith leading Brandon Bell by 15 points with 25% of precincts reporting in the 19th Senate district. Looks like that gamble will NOT pay off for Dick Saslaw and Company.

UPDATE 7:25 pm: Results starting to trickle in, will soon become a torrent.