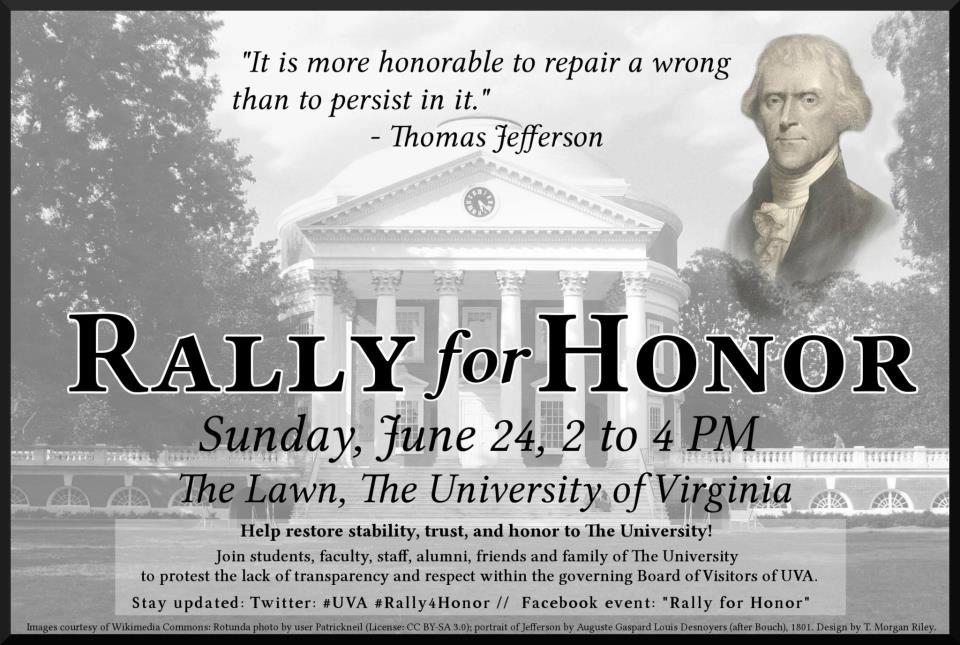 If you care about the future of the University of Virginia, one of the greatest institutions of higher learning in the country, let alone in Virginia, I strongly encourage you to attend the rally on Sunday, from 2 to 4 pm, on The Lawn at UVA. Meanwhile, in encouraging news, The University of Virginia board of visitors announced a little while ago that it “will meet Tuesday to reconsider its forced resignation of President Teresa Sullivan.” I would think that Sullivan supporters would only have called such a meeting if they knew they had the votes to win, especially given that the board of visitors’ announcement “came shortly after the deans of U.Va.’s colleges urged the board to reinstate Sullivan, joining the faculty senate in opposition to her ouster.” Great stuff, let’s get this situation straightened out and stop messing with this great university and justifiable lauded Virginia institution!