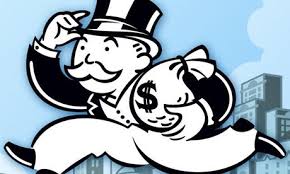 During the Cold War, America capitalism was a positive influence, both as an idea and as a political force. The alternative was communism. The relative virtues were obvious.

In that context and in that time, we Americans were justified in seeing our capitalist system as the good guy.

Over the past generation, capitalism has continued to strive to extend its dominion. But now the alternative against which it is fighting is no longer the failed system of communism, which collapsed in some places, was abandoned in others, and was discredited worldwide. The alternative that American capitalism battles politically now is the kind of mixed economy that virtually every market society in the world — including the United States — found to be preferable to unbridled capitalism for creating a decent society and providing a good life for people generally.

In that system, the market and its powerful actors are understood to be but one of several legitimate claimants in determining the destiny of a society.

In the 1950s, corporate America was more accepting of the idea of a mixed economy. American capitalism granted that in addition to big business, big labor and big government had important roles in advancing values other than those of corporate wealth and power.

But in these times, the political power of American corporate capitalism is marshaled to weaken other competing forces in the American power system, and thereby sweep aside considerations other than those of financial profit.

The American corporate system used to recognize — albeit sometimes grudgingly — the rights of workers. Now it uses political clout to erode the rights to organize and to get a fair share of the abundance that capitalism produces.

Largely through the influence of corporate money in politics, the wages of large categories of American workers have been stagnant, or even declined, for more than a generation. The ratio of the pay of corporate CEOs to the pay of average workers in their companies was 20 to 1, or 40 to 1, in the decades following World War II. Now the person at the top earns about 300 times as much as his or her average worker. It is because of money-driven politics more than market-driven economics that income and wealth inequality is now greater in America than at any time in living memory.

American capitalism has been attacking government as well. Where once there was general acceptance that government had an essential role in regulating the market economy to protect the public interest, now that has given way to an assault on the idea of government regulation, on the legitimacy of our democratically elected officials protecting those values the market system cannot adequately take into consideration.

It would be wrong to say that all corporate power is represented by people like the Koch Brothers, who bring the weight of their huge wealth into our political system to paralyze our democracy when it needs to act on the urgent warnings of climate scientists. But as the Koch Brothers jeopardize the well-being of our descendants, and of life on earth, for their own enrichment, we do not hear other corporate powers in the energy industries repudiating their conduct. Indeed, the industry as a whole has been funding efforts to sow doubt where there is little or none, just as the tobacco industry did, to keep us addicted to their products.

Nor do we see the national organization of the Chamber of Commerce willing to sacrifice any of their own self-interest by supporting policies that would serve the greater good.

Corporate power as a political force has become less willing to be guided by a sense of citizenship. We’re told that corporations are “persons,” but they are not acting like the kind of persons our founders thought necessary to make our system work — people who care about more than just what they can get for themselves.

Even in the economic sphere, it is not sufficient for corporations to concern themselves only with their own profit. In the political sphere, such an ethic is poison.

American corporations have every right to protect their legitimate interests, and protect themselves from injustice. But so long as they wield their great power with indifference to justice, the capitalist force in America no longer deserves the kind of moral respect we gave it during the long years of the Cold War.

This op/ed has appeared in The Northern Virginia Daily, and is awaiting likely publication in other Virginia newspapers.

Andy Schmookler, an award-winning author, political commentator, radio talk-show host, and teacher, was the Democratic nominee for Congress from Virginia’s 6th District.  He is the author of various books including Fool’s Gold: The Fate of Values in a World of Goods.