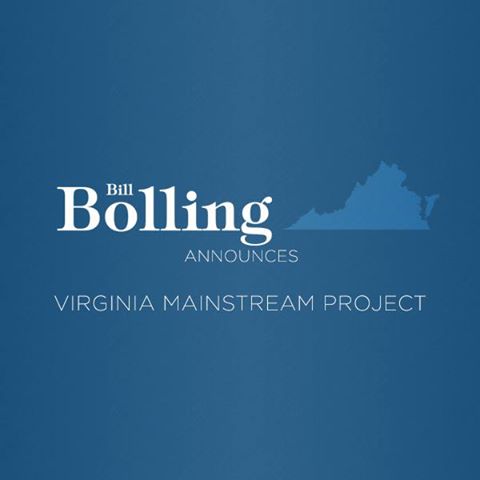 I’m not sure it was Bill Bolling’s intention to highlight how OUT of the mainstream Ken Cuccinelli is – just 3 days before the Republican Party of Virginia nominating convention, no less – but this sure does the trick.

Lieutenant Governor Bolling stated, “I’m proud to announce the creation of the Virginia Mainstream Project.  As I’ve said many times over the past several months, there is a growing need in the Republican Party in Virginia to recruit and elect mainstream, conservative candidates to state and local office and promote responsible policy solutions to the most important challenges facing Virginia. The Virginia Mainstream Project will work to address these issues while encouraging bipartisan cooperation and compromise on the major issues facing the Commonwealth.  I am excited about this opportunity to continue to serve Virginia and remain actively involved in the public debate.”

What’s interesting is that Bill Bolling is very conservative by almost any standard. In fact, it’s difficult to think of almost any issues where Bolling differs substantively from the theocratic, government-despising, tinfoil-hat-wearing wing of his party. The transportation bill, which Bolling supported but Cuccinelli opposed because it violated Cuckoo’s sacred oath against ever raising a penny in taxes, is one. Other than that…got me. Still, Bolling by nature doesn’t tend to despise government or take absolutist positions on things, but seems to want to actually get stuff done. I know, what a concept for the absolutist/purist wing of the party.

Anyway, I for one am happy that Bolling will be a conservative, Republican voice out there highlighting how crazy Republicans like Cuccinelli, Mark Obenshain, Pete Snyder, and Corey Stewart truly are. As an added bonus, hopefully Bolling will suck up a little money that would otherwise go to the crazies.

Finally, perhaps (if we’re lucky) Bolling might help to encourage a serious schism within the Republican Party of Virginia, between the traditional pro-business Republicans and the Pat Robertson/John Birch Society wing that we see with the Cuccinellis, Obenshains, and Snyders of the world. Can Bolling lead the Republican Party of Virginia back from tinfoil-hat extremism to sanity? Doubtful, but I’m glad to see he’s going to take a shot at it.