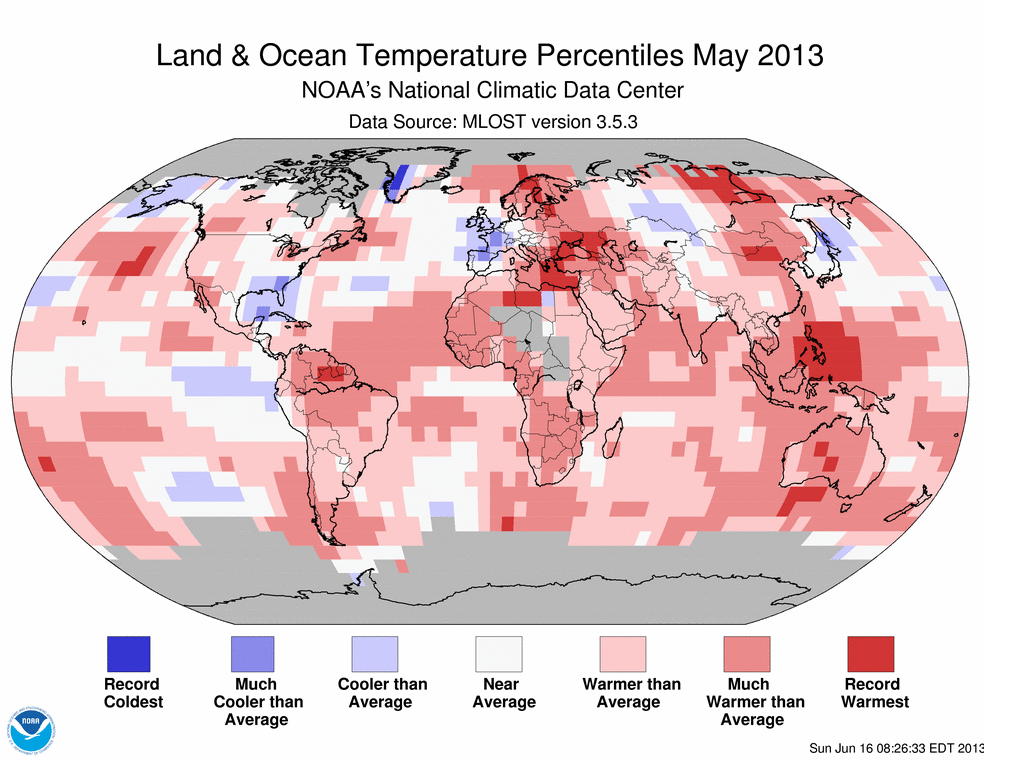 From the National Climatic Data Center:

I sure hope that President Obama has something really good to offer tomorrow. I also hope that all the climate science deniers out there would pull their heads out of their butts and start caring more about our planet than about fossil fuel company profits. That starts, first and foremost, with Republicans in Congress and in state governments all over the country. In Virginia, Ken Cuccinelli is a puppet of the fossil fuel industry and a long-time science denier, so I wouldn’t recommend holding your breath. Much better choice: defeat him, and every other climate science-denying freak, this November at the polls.