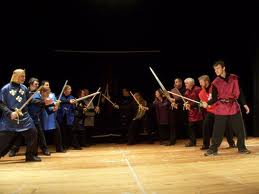 On the eve of tomorrow’s primary election, it is fitting to remind ourselves how important that Democrats defeat Republicans in today’s America, and therefore how important it is to have good, strong Democratic candidates engaged in the contest.

Yesterday I had occasion to articulate how important is the difference between Democrats and Republicans today.  It was in exchange with a reader on the generally lefty website, www.OpEdNews.com .

This reader took the position, which I’ve been encountering for years on that website, that there’s no real battle between Democrats and Republicans, that the two parties are both merely arms of the money power, that there’s not a dime’s worth of difference between the parties, and so people in the know shouldn’t worry about the outcome in the contests between the two.

Here’s why that lefty dismissal is a fundamental misunderstanding of what’s happening in our politics.

1) It is in the political arena that it gets decided whose hand will be on the helm of America, making the decisions about what kind of society we will become.

2) We have two major parties, and our destiny will be in the hands of one of those parties. There are no other players in contention. If the American people are going to have ANY champion fighting for them, it will be one or the other of the two parties.

3) Although it’s true that both parties are too much under the influence of big money, that plutocratic influence is clearly less dominant in the Democratic Party than in the Republican.  It is impossible to name a single issue in contention between the parties in which there is a conflict between the interests of big money and the interests of either the average person or the public good where the Republicans side against big money.

On that last point, just consider which party

• Shows more respect for the planet.

• Is more likely to put the greater good ahead of self-serving impulses and partisan interests.

• Is more compassionate toward our fellow human beings in difficult straits.

• Is more likely to seek cooperation rather than conflict.

• Is more likely to walk their talk.

• Is more likely to seek to reconcile

groups of Americans, rather than turn one group against another.

We might wish that the Democrats had shown themselves more game to press the battle that absolutely needs to be won.  But there are real battles going on, and the Democratic Party is the only available force through which our best values (justice, truth, love) might prevail to shape our destiny as a nation.

We might wish the battle lines were drawn at better points on the spectrums, but the directions in which the sides are pushing tell us everything we need to know about what side needs to win.

Whatever their imperfections, the Democrats are our champions.  It’s up to us to field our best team, and to cheer them to press the battle and win it.