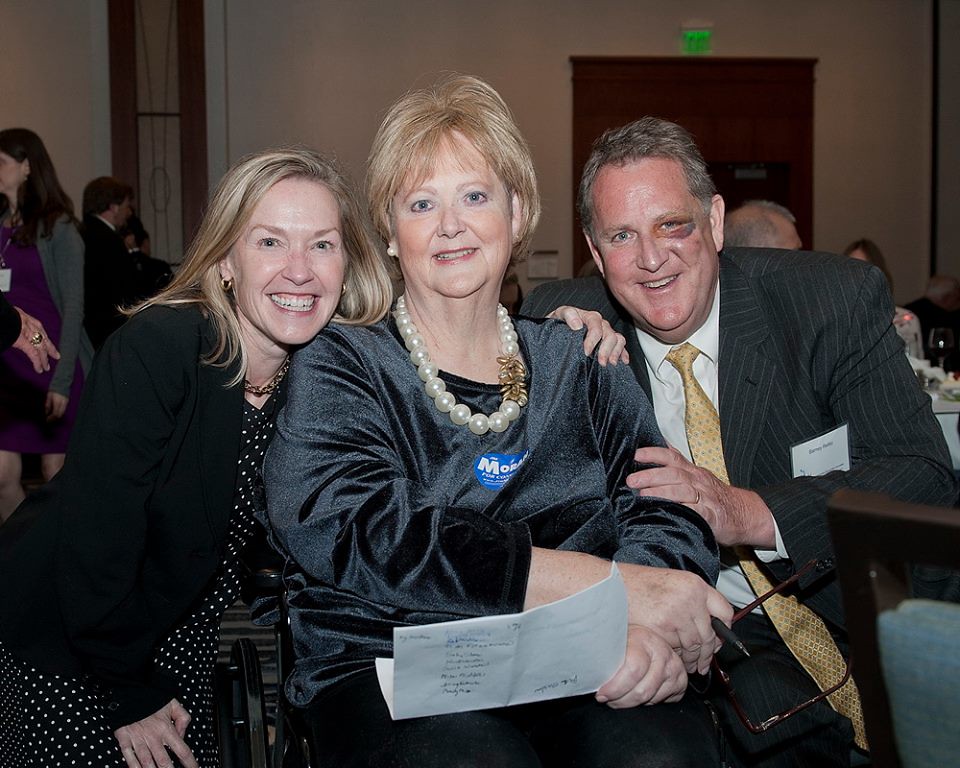 A sad day for Virginia Democrats. 🙁

Washington D.C. — Representative Jim Moran, today mourned the loss of his former Campaign Manager, Chief of Staff, and friend Mame Reiley (photo by Jack Powers of Mame at the Alexandria Democratic Committee’s JJ Dinner a few weeks ago) after a long battle with cancer:

“I loved Mame.  She was an indomitable force of personality and determination, always loyal, always committed to the principles of fairness and compassion.  She’s the one who convinced me to run for Congress in the first place.  She was my Campaign Manager and Chief of Staff and most importantly, my friend.  She always had my back and I’ll miss her dearly.”

Mame Reiley was a fixture of Democratic politics at the local, state, and national level.  Rep. Moran has credited her with first convincing him to run for Congress, before managing his upstart campaign against a longtime Republican incumbent and running his House office as Chief of Staff.

Then Governor Mark Warner appointed her to the Metropolitan Washington Airports Authority in 2002 to manage National Airport and Dulles International Airport.  She rose to serve as Chair of MWAA from 2005-2007 where she was instrumental in helping secure Rail to Dulles.  She retired from the MWAA Board in 2012 after a decade of service.

Arrangements aren’t known at this time.

P.S. See the Washington Post obituary – a very nice one – of Mame.