In recent years, I’ve been deeply troubled by an adverse shift in the balance of power between good and evil forces in America. The evidence for that shift is plain to see in the damage that’s been done in recent years to so many of the dimensions of American civilization. Clearly, the forces of destruction have gained ground at the expense of those forces that work constructively to improve the nation. 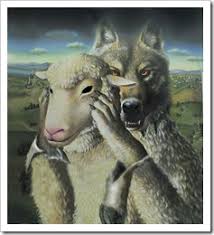 An important factor in this shift is a stark mismatch between the generally fine values of people like many of my rural Virginia neighbors and the goals and practices of the political force to which they give their support.

Most of my neighbors believe in conservative, patriotic, and Christian values. The Republican Party gains their support by claiming to be a champion of those values. But in these times, those claims are false: what today’s Republican Party is serving is the very opposite.

Genuine conservatives, like many of my neighbors, understand that traditions are there for a reason, and should be honored and respected. But today’s Republican leaders, though claiming to be conservatives, trample America’s political traditions. Meanwhile, they misdirect their followers’ attention to a few issues of concern, like abortion and gay rights, that have one important characteristic: they don’t get in the way of the Republicans’ deeper agenda — transferring wealth and power from average Americans to those who already have the most.

Our country has had an established way, for example, of dealing with the debt ceiling. The debt ceiling has been raised, as needed, more than 80 times without a crisis because both parties know the full faith and credit of the United States is too important to play politics with. But, today’s congressional Republicans swept that tradition aside in 2011, as no real conservatives would, to extort concessions to advance their political goals, and in 2013 they tried the same kind of blackmail again.

The filibuster has long been used only as an emergency brake, to be employed in exceptional circumstances. But today’s Senate Republicans have shown no respect for that tradition, or for the Constitution’s dictate that (on everything but treaties, amendments, and impeaching a president) it is the majority that should rule. Instead, these pretend “conservatives” have used the filibuster on even the most routine matters, insisting that nothing can happen in the Senate without the minority’s approval.

My neighbors are, for the most part, patriotic Americans. They understand that a patriot is someone who is willing to put aside selfish interests, when needed, to serve the good of the nation. But today’s Republican leaders have shown a willingness to do the very opposite: sacrificing America to gain advantage for themselves.

We know, for example, that even before President Obama was inaugurated in 2009, congressional Republicans decided to do everything they could to make this president fail. Trying to make the president fail has never been the American way, but especially at a time, like in 2009, when the nation faced many crises — two wars and the American economy on the edge of an abyss.

You don’t want the president to fail if you’re a patriot. If the president fails — at a time when the national economy has entered its severest crisis since the Great Depression — the country fails, and millions of Americans suffer. No real patriot would want that.

By and large, my neighbors try to be good Christians. They care about “What would Jesus do,” and they take seriously his Golden Rule — “Do unto others as you would have them do unto you.”

Today’s Republican Party, seizing hold of a couple of issues that, conveniently, pertain to people’s private lives, declare themselves the defenders of Christian values. But on those moral matters about which Jesus had the most to say, these national Republicans are consistently at odds with Jesus’s moral teachings.

Jesus said, “Blessed are the peacemakers.” But these Republicans in Congress have made our politics more strife-ridden than we’ve ever seen, more conflictual than the nation has seen since the years leading up to the Civil War. They’ve made a fight over everything, opposing even their own ideas if the other side supports them. They’ve made “compromise” a dirty word, even though it is at the heart of how our founders envisioned us living in peace.

“Inasmuch as ye have done it unto one of the least of these my brethren,” Jesus said, “ye have done it unto me.” But here are today’s Republicans refusing to ask the richest, whose wealth has skyrocketed, to contribute another penny to meet the nation’s needs, while at the same time they cut off food for hungry American kids. This at a time when poverty has been increasing and there are still three job-seekers for every job.

Jesus’ message was “love thy neighbor,” and “love thine enemies.” When was the last time the Republican leadership called upon their followers to act from love — of anyone, or anything, except the kind of love that is an allegiance to an “Us” fighting against a “Them” — rather than from hate or fear?

There’s good reason why our religious traditions have spoken of Satan as “the deceiver.” Most people won’t knowingly support evil. They must be deceived into doing so. So to the question, “Why have the forces of evil in America grown stronger in relation to the forces of good?” an answer appears: If millions of good people can be deceived and manipulated into lending their power to an evil force, the balance of power will shift to the forces of destruction.

With that undeserved strength, evil can drag America down. And it has.