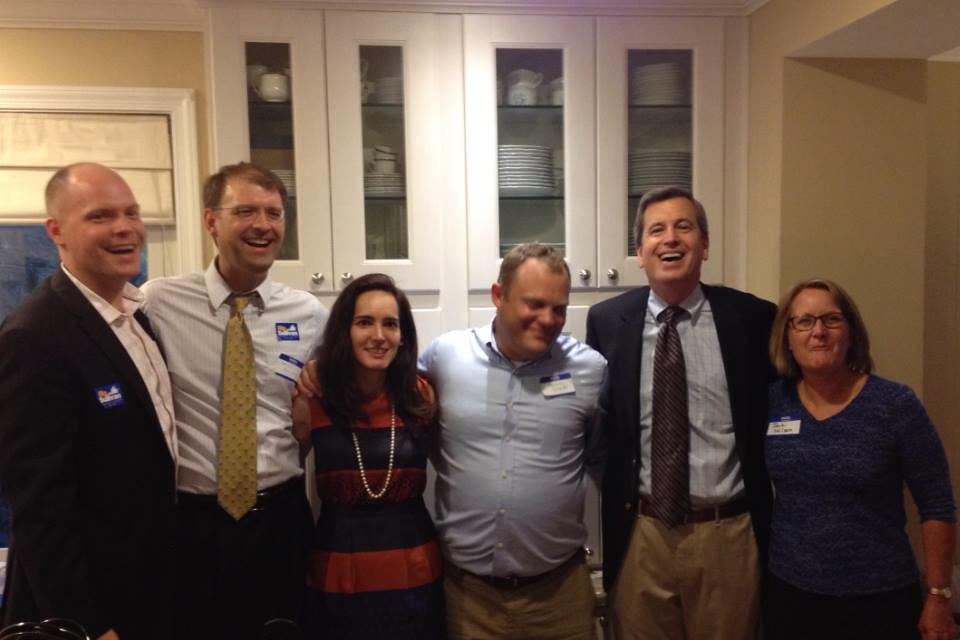 Here are a few national and Virginia news headlines, political and otherwise, for Thursday, July 31. Also, check out the photo courtesy of former Arlington County Board candidate Peter Fallon, of the candidates at the Democratic 48th House of Delegates district “unity” event last night. From left to right, they are: Paul Holland, David Boling, Yasmine Taeb, Andrew Schneider, nominee Rip Sullivan, and Jacqueline Wilson. I’m not sure where the 7th candidate, Atima Omara, was.

*Economy’s growth rate surges to 4 percent in second quarter (And of course, President Obama and the Democratic Party get some credit for saving us from the Bush/Cheney Great Recession. Oh wait…of course they don’t, at least not among Republicans, who certainly have been there to criticize Obama and the Democrats when the economy has been in bad shape. Hmmmm.)

*Dana Milbank: In House, priorities – like wisdom and understanding – in short supply (“House Republicans were instead taking up their not-quite-impeachment legislation: a bill that would authorize the House to sue President Obama for allegedly violating the Constitution, which, by definition, is an impeachable offense.”)

*For Hamas, hospitals, mosques and schools are also armories

*Senator Denies Climate Change On Senate Floor And Gets A Science Lesson From His Colleague (This science denial is Exhibit A in the sickness currently afflicting the Republican/Tea Party.)

*Fighting onerous rules for clinics (“A review of costly building regulations governing Virginia abortion clinics will wrap up its public comment period today, a 45-day phase that has drawn thousands of messages from supporters and opponents across the commonwealth.”)

*Virginia GOP official under fire for online post about Muslims (We broke that one and Patricia Sullivan of the Post credited us/linked to Blue Virginia. Which is the way it’s supposed to work – thanks!)

*Senator Calls for Resignation of GOP Treasurer After Offensive Comments

*I Would LIke Bob FItzSimmonds To Meet Someone. She Is My Daughter’s Babysitter And She Is Muslim

*Williams testifies: It wasn’t friendship. It was business. (And the McDonnells were big enough rubes to think he was their friend. Duhhhh.)

*McAuliffe restores voting rights of 2,500 felons (Good, now what about the rest of them?)

Excellent point by @BryanGrahamVA - why would Chase's supporters go to someone who she absolutely HATES? https://bluevirginia.us/2021/05/video-results-thread-after-counting-ag-ballots-sunday-virginia-gop-moves-to-governors-race-at-9-am-monday#comment-5377558784

While Youngkin's cleaning up in Virginia Beach, Snyder's...lost at sea? getting chased by sharks? bailing water out of his sinking ship? LOL https://bluevirginia.us/2021/05/video-results-thread-after-counting-ag-ballots-sunday-virginia-gop-moves-to-governors-race-at-9-am-monday#comment-5377555295 h/t @gmoomaw