Former Prince William County Board Chair Democratic nominee Babur Lateef posted this on his Facebook page and noted: “The Prince William Today newspaper is the first editorial board to call for the FitzSimmonds resignation from the clerks office. This is very STRONGLY worded and thank you to the editorial board!”

P.S. FitzSimmonds also needs to fulfill his (supposed) pledge to resign as Republican Party of Virginia Treasurer. Until he actually does so, we really can’t believe a word this guy says about anything.

UPDATE: Also, make sure you sign Sen. Adam Ebbin’s petition demanding “the removal of Bob FitzSimmonds from his position as Prince William County Deputy Clerk of the Court due to his bigoted and intolerant remarks against Muslims and other religious minorities.” 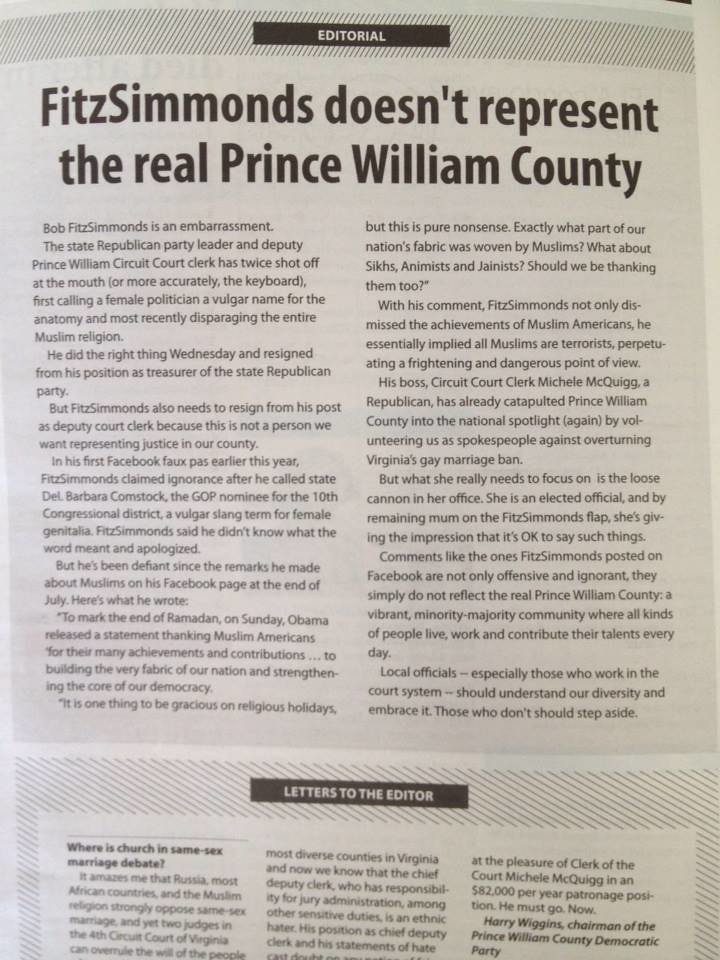