(That’s a photo of SCC headquarters, by the way. I wonder if it’s LEED certified. Heh. 😉 – promoted by lowkell) 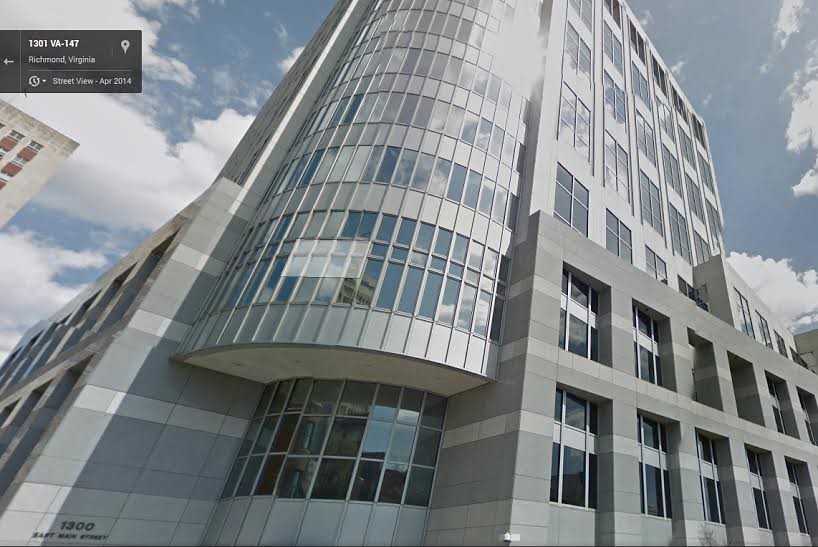 In recent years paleontologists have come to believe that the dinosaurs did not go extinct; they evolved into today’s chickens and other birds. It turns out, however, that some of them did not evolve. Instead, they took jobs at Virginia’s State Corporation Commission.

Now they’ve put their DNA on full display with comments they filed on the EPA’s Clean Power Plan. The proposed EPA rules, under section 111(d) of the Clean Air Act, would require states to reduce the power plant CO2 emissions driving climate change. The staffers assert primly that they “take no position on the broad policy issues,” but that they feel “compelled” to point out all the ways the plan is “arbitrary, capricious, unsupported, and unlawful.” These mostly boil down to their claims that the plan will force coal plant closures, raise rates significantly and threaten service reliability-claims experts say are badly off-base.

Note that the commissioners themselves didn’t sign onto these comments. They come from the career staff at the Energy Regulatory Division, led by Bill Stevens, the Director, and Bill Chambliss, the General Counsel. This is pretty peculiar. I can’t think of a single other agency of government where the staff would file comments on a federal rulemaking without the oversight of their bosses.

Bill and Bill acknowledge in a footnote that the staff comments represent only their own views and not those of the commissioners. But that distinction has already been lost on at least one lawmaker. Today Speaker of the House William J. Howell released a statement declaring, “The independent, nonpartisan analysis of the State Corporation Commission confirms that President Obama’s environmental policies could devastate Virginia’s economy.”

And really, “devastate”? But that’s the kind of hysteria you hear from opponents of the Clean Power Plan. While the rest of us see healthier air, huge opportunities for job growth in the clean energy sector, and the chance to avoid the worst effects of climate disruption, the Friends of Coal see only devastation. And no wonder: according to the Virginia Public Access Project, Howell accepted $14,000 from the coal industry just this year alone.

But back to what the Bills over at the SCC think about the Clean Power Plan. How did they arrive at their conclusion that it would raise rates? According to Cale Jaffe, a lawyer with the Southern Environmental Law Center who practices extensively before the SCC, “Staff never did an analysis of an actual plan to comply with the Clean Power Plan, which has a lot of flexibility built into it. Instead, the Staff simply took Dominion Virginia Power’s last Integrated Resource Plan from 2013 and used it as a proxy for a compliance plan. That’s a significant flaw that skews the Staff’s analysis.  The Dominion plan, after all, was released nearly a year before the EPA even announced its rule.”

Compounding the error, says Jaffe, the staff “artificially inflated the cost by assuming that the only compliance strategy would be for Dominion to build a new nuclear reactor: the most expensive resource, which is not a required compliance option.”

We can all agree with the staff that nuclear plants are appallingly expensive. That may be why the EPA doesn’t assume most states will build them as part of their compliance strategy. To the contrary, the expectation is that states will respond with energy efficiency, wind and solar-all resources that are plentiful in Virginia but largely untapped so far.

As Jaffe notes, “an independent analysis of the actual Clean Power Plan itself shows that Virginia can achieve its goals at a fraction of the cost while lowering Virginians’ bills by 8%.”

We have seen time and again that the SCC staff has never been friendly to either renewable energy or energy efficiency, so it’s no surprise that their comments dismiss them as unworkable. Indeed, it is clear from the comments they filed that their real interest is promoting an anti-EPA, pro-coal agenda. Otherwise it would be hard to understand why they would stray so far from their own area of practice to attack the very legality of the Clean Power Plan.

Jaffe lists a number of other ways the SCC staff screwed up, but you get the picture: careful, reasoned analysis wasn’t the point. Still, you’d think that if agency staffers decide to go rogue like this, they would be careful to get the facts right.