That is, with an outpouring of appalling, stomach-churning racism, misogyny, anti-gay and anti-Muslim bigotry, etc. (see below) Sad to say, but after 6+ years of this crap, it’s not in the least bit surprising to see this outpouring of disgusting-ness (but I’d argue it’s important to expose it).  Oh, and note to the “mainstream media”: this is Example #Infinity why there’s no equivalence between “both sides,” and why you need to stop claiming there is.

P.S. For much of Sunday evening, this was a top “trending” hashtag on Twitter. Ugh. 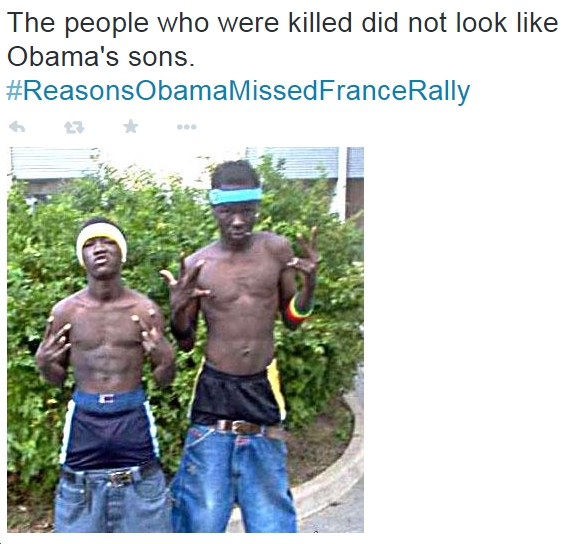 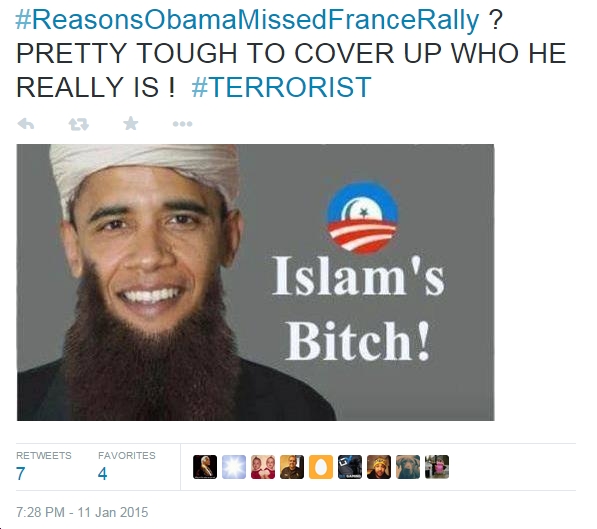 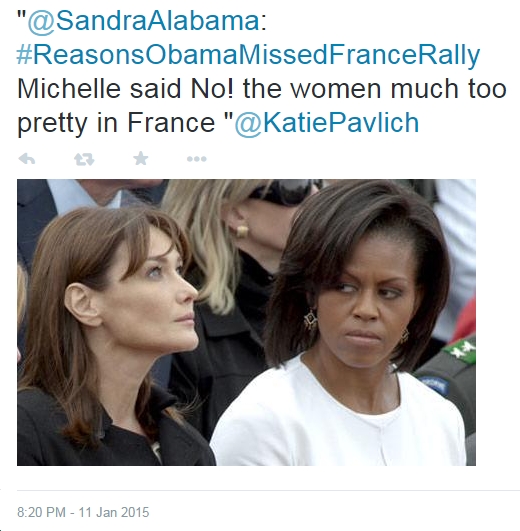 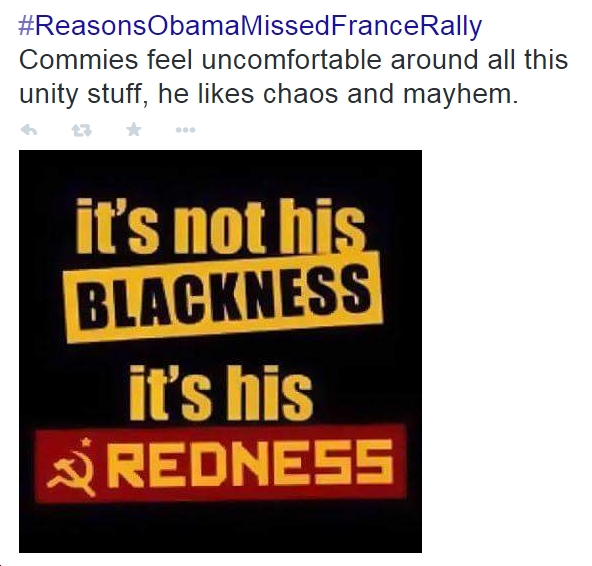 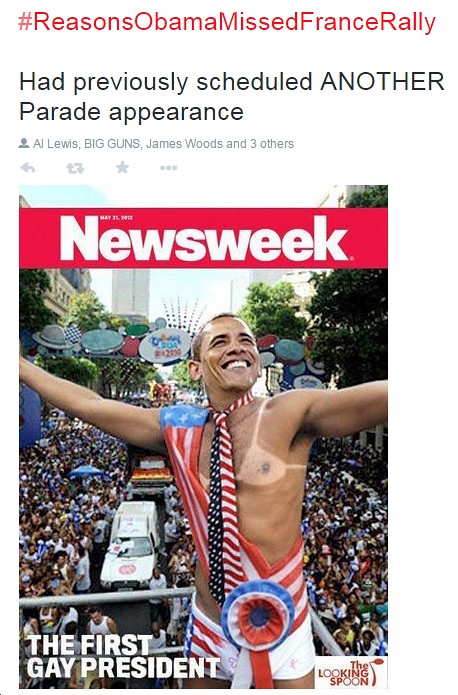 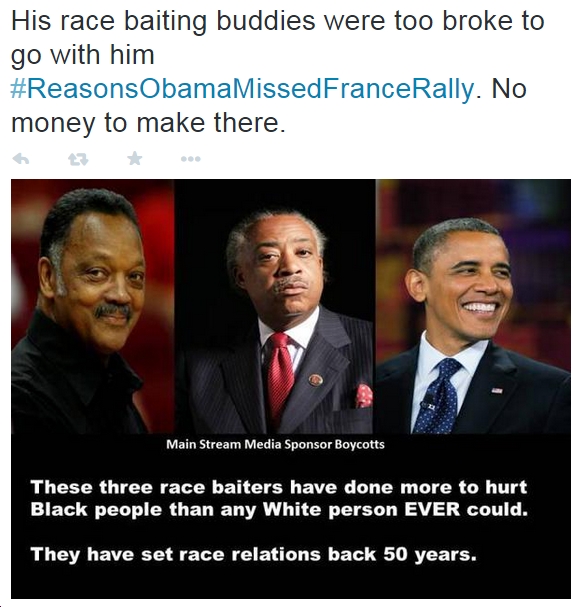 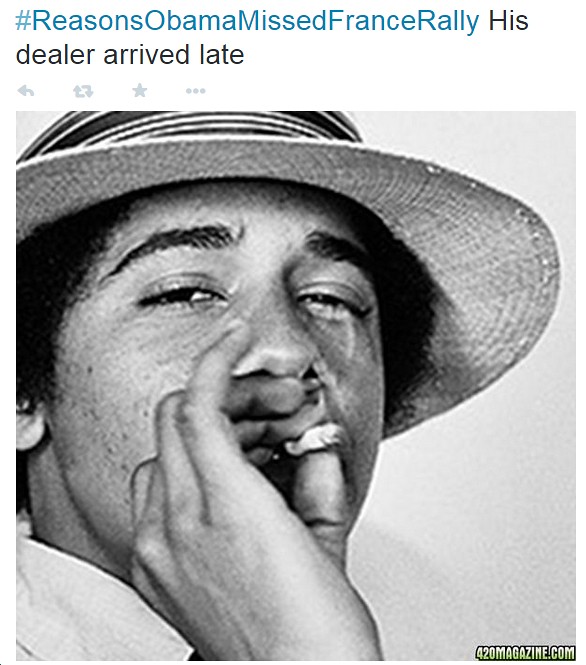 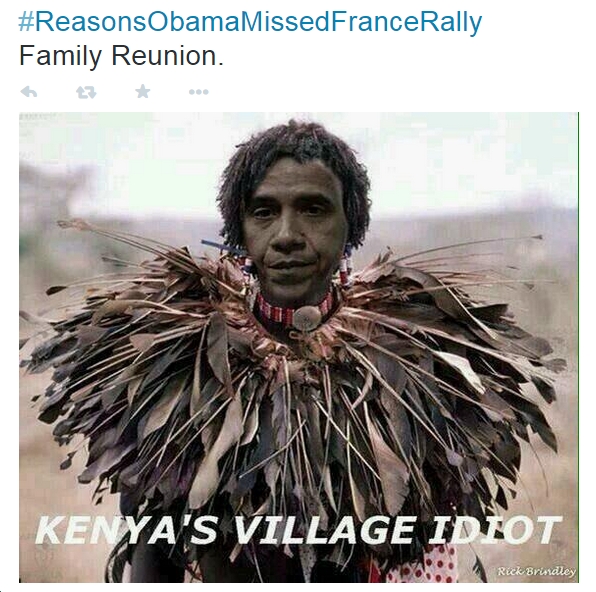 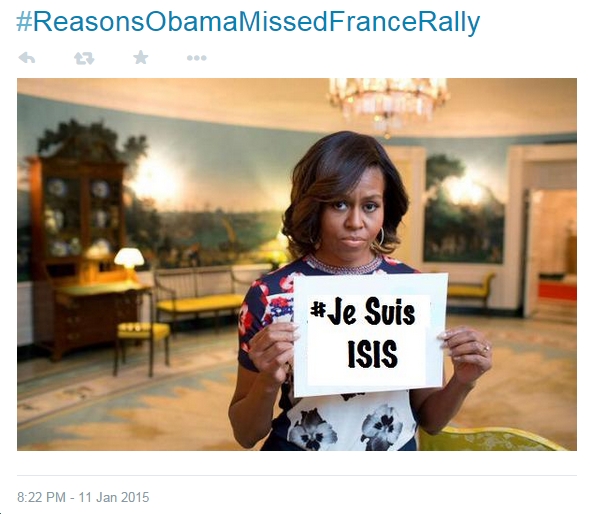 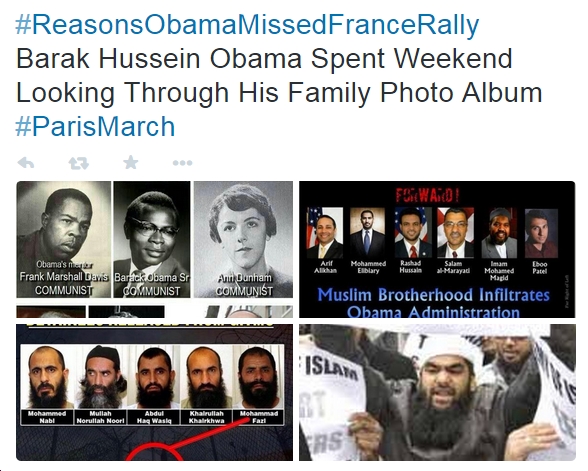 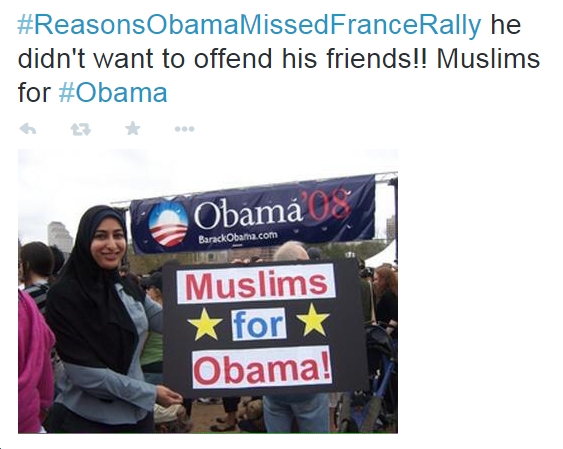