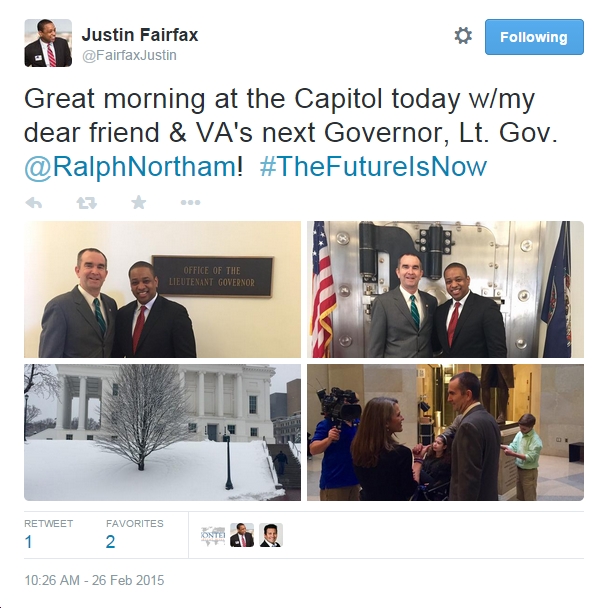 On Tuesday, after reading that Lt. Gov. Ralph Northam was essentially announcing his run for Governor of Virginia in 2017, I wrote that it’s waaaaaay too early for us to be starting that now. First, let’s focus on the 2015 state legislative races. Then, let’s focus on making sure the Democratic presidential nominee carries Virginia in 2016 (and hopefully picking up a House of Representatives seat or seats). Then, it seems to me, it will be time to turn our attention to 2017.

But certainly not now. Which is why I was happy to read that Northam had “walked that back somewhat Tuesday evening, telling The Richmond Times-Dispatch that he is in the preliminary stages of assessing whether a run is feasible and could be successful before deciding whether to seek the office.” OK, cool, I’ve got absolutely no problem with any of that, particularly since it’s 100% expected that, as Larry Sabato notes in the article, “I don’t think I’ve ever met anyone who ran for lieutenant governor because his or her life ambition was to preside over the state Senate.” And it’s also fully expected that Attorney General Mark Herring will run for governor as well. But again, why on earth do we want to be starting this in February 2015?

Yet, whether we want it or not, here it comes apparently, with the first major endorsement of the election — 2013 Democratic primary candidate for Attorney General, Justin Fairfax, endorsing Ralph Northam. What makes this one particularly interesting is that Fairfax is clearly running for Attorney General again, which means he hopes to be on the ticket of whoever the Democratic nominee for governor is — Northam, Herring, or someone else for that matter. Given that we don’t know who that nominee will be, I don’t think that’s a move I would ever have recommended, since it risks alienating any other potential gubernatorial nominees, but to each his own I suppose…

P.S. Just a side note, but I really wish politicians would stop referring to actual or potential political allies as their “dear friend,” “great friend,” or whatever, when obviously they’re not.