I made a graph (broken into two parts because it’s so wide; click on each to “embiggen”) of the 100 Virginia House of Delegates seats, with their performance in 2013 measured by the percentage that Mark Herring received. Out of these districts, which could be possible pickup opportunities for Democrats this year? By far and away, that would be district 86, held by retiring incumbent Tom Rust and a great pickup opportunty for Democrat Jennifer Boysko, who lost by just 32 votes in 2013. Other than that one, in descending order of Mark Herring 2013 percentages down to 50%, Democratic pickup opportunties would be: David Ramadan (87th), Jim LeMunyon (67th), Tag Greason (32nd), Dave Albo (42nd), Scott Lingamfelter (31st), Bob Marshall (13th), Randy Minchew (10th), Joseph Yost (12th), Ron Villanueva (21st), Jackson Miller (50th) and Rich Anderson (51st). Of course, Democrats would need strong candidates in those districts, with enough resources to compete.

A few other districts that COULD potentially be competitive include 49% Herring 2013 performance districts in the 94th (David Yancey) and 100th (Rob Bloxom), and 48% Herring districts in the 28th (Bill Howell) and 68th (Manoli Loupassi). Beyond that, it’s really getting to be a longshot in an odd-year, low-turnout election, but the next two would be Tim Hugo (40th) and Glenn Davis (84th), both in 47% Herring 2013 districts.

Bottom line: Democrats should certainly pick up one seat in 2015 (Jennifer Boysko in the 86th), with the potential for several more, depending on how strong our recruiting is, how well funded Democratic House candidates are this year, what the national mood is looking like this fall, etc. 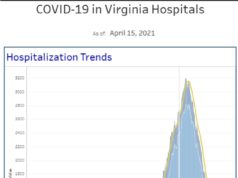