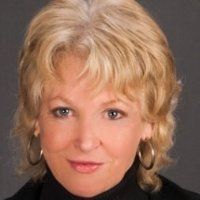 Ellen Arthur, who is retiring after 35 years as a practicing attorney in Lexington and vicinity, will kick off her campaign for the Democratic nomination for the 24th District House of Delegates seat currently occupied by Republican Ben Cline on Thursday April 2 at 10 a.m. in front of the old courthouse in Amherst, 113 Taylor Street. She will similarly kick off her campaign that day in front of the Augusta County Courthouse in Staunton at 1 p.m. and at Hopkins Green Park in downtown Lexington at 4 p.m.  She will appear in Bath County on a date to be announced shortly.

The public is invited to all these events.

“Although I’ve never run for political office before, I am very concerned about the direction that politics have taken in Virginia, especially in the General Assembly,” Ms. Arthur said. “Too many legislators are more concerned about pleasing well-funded interests and getting reelected than they are in serving the needs of their constituents.

“I am concerned about the future of Virginia and am running for office to do my part to build a better Virginia for our children and grandchildren.

“I’m especially troubled by Delegate Cline’s strenuous opposition to the expansion of Medicaid in Virginia under the Affordable Care Act. Medicaid expansion, which is being implemented even by Republican-controlled legislatures in other states, would allow up to 400,000 working Virginians, including thousands of hard-working people in the 24th District, to obtain health insurance. Virginians currently are paying federal taxes to fund Medicaid expansion and getting nothing in return. Medicaid expansion would pay for itself. Virginians currently pays for services to people who lack health insurance from the state general fund, as do all of us in higher health care expenses. Expanding Medicaid would allow Virginia to use the federal dollars and reduce the state’s costs.

“I’m also concerned about the cozy relationship between too many of our state’s legislators and Dominion Virginia Power. Landowners in southern Augusta County face having their land taken for the construction of a natural gas pipeline by Dominion. Gas pipelines are inherently dangerous to both landowners and the environment. Building pipelines to transport fossil fuels is an investment in obsolete and dwindling energy sources. We should be using that money to create well-paying jobs harnessing other energy sources such as solar and wind power.”

Ms. Arthur is committed to equal pay for women, raising the minimum wage to allow working families to support themselves without public assistance, and the expansion of high-speed internet to rural areas to encourage the growth of clean high-tech industries which rely on modern communications.

Ms. Arthur has worked as an attorney for the Legal Aid Society of the Roanoke Valley and has conducted a practicum course for the Washington and Lee Law School. She has, for most of her career, had a solo practice focused on family law and is legal counsel for the Rockbridge County SPCA, also serving on the organization’s board. She lives on a 13-acre farm in Rockbridge County which she maintains herself, and keeps two horses, three dogs and two cats.  She has been a resident of the 24th District for 39 years.

Ms. Arthur, 68, the daughter of a factory worker, was born in New Jersey (the oldest of six children) and graduated from Washington and Lee Law School in 1979. She has two sons and five grandchildren.

The 24th District includes Bath and Rockbridge Counties, the Cities of Buena Vista and Lexington, the southern part of Augusta County and the northern part of Amherst County.