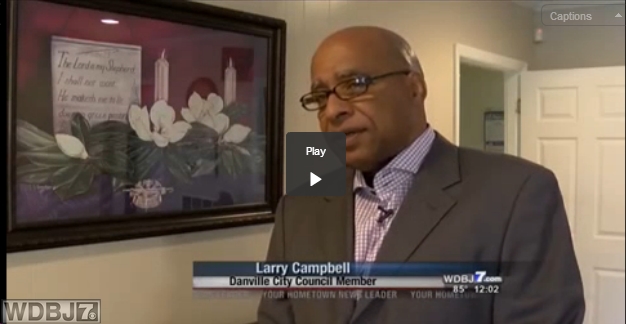 Several news outlets throughout Virginia are reporting that Danville City Councilmember Larry Campbell and his family are being threatened by some group over his pursuit in removing the Confederate flag from the Sutherlin Mansion.  Two other Virginians have been cited as having been threatened by the group as well.

It is incredibly disturbing and saddening to think that intimidation is blooming within the southern portion of Virginia.  I am dismayed that rather than writing a letter to the editor, staging a protest, starting a petition or launching a campaign that a group would instead threaten a person and their family.  The fact that a group of people believed that these tactics would not only work, but were preferable against all other options suggests that some small faction of society has lost their ability to reason.  The absence of logic and respect is astounding.

Virginia should be grateful that Councilmember Larry Campbell has not allowed these threats to alter his course.  By continuing to stand for and pursue what he believes in he not only discourages such behavior but also illustrates true leadership.