For a bit of background on these law-defying, anti-gay bigots see here. And yes, this is what the 2013 Virginia Republican Party nominee for Lt. Governor of our state does in his spare time, when he’s not spreading “Four Pinocchio” lies about Planned Parenthood founder Margaret Sanger. Also consider that E.W. Jackson’s 2013 Republican ticketmates, Ken Cuccinelli and Mark Obenshain, were not appreciably different than he was/is on social issues. So what does that say about the Virginia Republican Party, and the national Republicans Party more broadly? 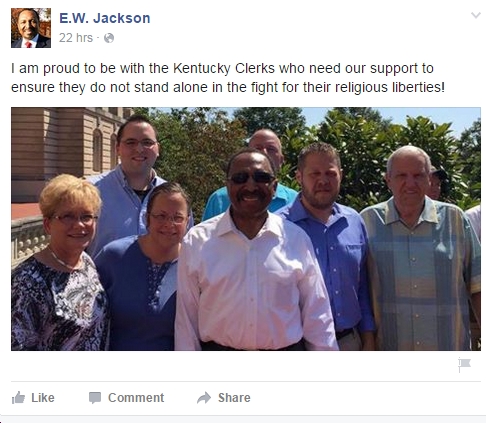