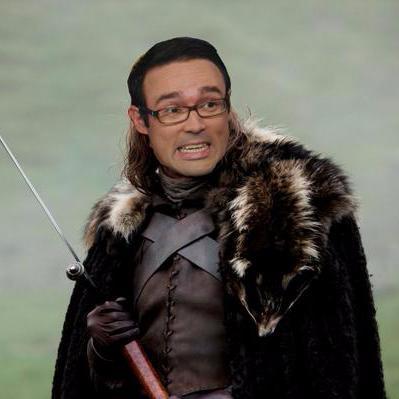 I read Chris Cilliza’s 2015 “Worst Year in Washington” drivel in the Washington (Com)Post Outlook section today, and it was as stupid as you’d expect from Cillizza and his vapid, insipid “Worst Week” series. So…drum roll please for the “worst year in Washington,” according to Cillizza? OK, I’ll agree with him on “JEB,” but Hillary Clinton, who ends 2015 as the overwhelming favorite to win the Democratic nomination for president in 2016, and also a strong favorite to be elected president next November?  I’ll let the top-rated comments on Cillizza’s article speak for themselves.

OK, so I think we can all agree that putting Hillary Clinton in a “worst 2015 in Washington” list is beyond laughable. I’d also add Cillizza’s pick of Chief Justice John Roberts for his list. In what conceivable way did Roberts have one of the “worst” years in Washington in 2015? Got me, unless you believe that getting attacked by the frothing-at-the-mouth far-right means you had the “worst” year. Finally, who gives a @#$@# about Amy Schumer? Why is she even on this list? Just embarrassing.
Now, on to my detailed explanation as to why Chris Cillizza wins the award, hands down, as the worst (but unfortunately also extremely prolific) political pundit in Washington during 2015. Let’s lay this out one (painful) month at a time.
January 2015: Cillizza kicks off the year with his GOP presidential rankings. First, there was no mention at all of Donald Trump or Ben Carson. Second, Cillizza has “JEB” as his strong favorite, followed by Rand Paul (who’s been languishing in low double digits for months and will probably drop out shortly), then Scott Walker (who dropped out months ago after completely fizzling), then Chris Christie, Marco Rubio, John Kasich (another strong candidate to drop out soon), Bobby Jindal (dropped out a few weeks ago), Mike Huckabee (seriously?), and finally Ted Cruz (who is surging).
February 2015: Cillizza still doesn’t mention Carson, notes Trump only in passing, continues to rank it as “JEB” #1, followed by Walker (ha!), Rubio, Paul (lol), Christie, Kasich/Cruz, Jindal, Huckabee, and Mike Pence (WTF?). Cillizza also gushed over “JEB”‘s peformance at the far-right CPAC shindig, claiming that Bush “was a politician of conviction who had total command of who he was and what he believed.” Uh huh.

March 2015: Cillizza’s obsession with how much money candidates have, or might have, knows no bounds. In this case, he writes about the “$75 million question,” referring to what he calls “the threshold amount of money at top-tier candidate will need to win the nomination,” and how only three candidates – “JEB,” Scott Walker and Rand Paul – can “make a convincing case that they could reach that number” (Cillizza adds that “JEB” is “the no-brainer of the group”). Cillizza also claims that “JEB”‘s “biggest edge over the rest of the field – from the second he announces until he either becomes the nominee or drops out – will be his cash-collecting prowess.” All utterly wrong, utter drivel, spewings of conventional, inside-the-Beltway, “Very Serious People” drivel. Finally, to cap off his month, Cillizza muses on March 25 that the Bush name will help “JEB” much more than it will hurt him, in large part because of $$$, which as I mentioned, Cillizza is obsessed with. Problem is, it turns out that essentially NONE of what Cillizza said back in March turned out to be true, and that money had almost nothing to do with how the Republican race played out in 2015. Seriously, Cillizza gets paid the big bucks to tell millions of people stuff that’s: a) wrong; b) nothing that any random person with a keyboard couldn’t have spit out for free.

April 2015: Cillizza explains “How Rand Paul Can Win.” Whatever.

May 2015: Cillizza continues to rank “JEB” first, doesn’t even have Trump or Carson in his top-10 list, continues to focus on how much money “JEB” had, and also how “The number of Republicans who said they definitely wouldn’t vote for him is declining.” Uh huh…

June 2015: Cillizza finally admits that “JEB” is not the front runner, says “JEB” is now “is just another guy who could win – the same status Walker, Rubio, Rand and even Huckabee enjoy in the race.” Hahahahaha — Walker? Huckabee? Rand Paul? No mention of Trump or Cruz or Carson as Republicans who could win? Again, they pay Cillizza the big bucks for this crap? Oh, and in his top 10 list, Cillizza says it’s “just three” candidates — Rubio, Bush, Walker — “ahead of a pack of other contendcrs, but the field isn’t tightening.” Uh…no.  Also love Cillizza’s quote, ” Trump is not now and almost certainly never will be a credible candidate for the presidency,” and also his flat-out assertion that “no one should take Donald Trump seriously, in one very simple chart.” Wrong, wrong, wrong WRONG and WRONG!

July 2015: Cillizza argues that Rick Perry (remember him?) was super smart for “punching up” and “savag[ing] Donald Trump.” Yep, that worked out reeeeeeal well.

August 2015: Cillizza admits he was wildly wrong about Trump. Why was he wrong? Because he had “NEVER EVER” seen such a thing! Again, that’s what they pay him the big bucks to figure out, but of course he “NEVER EVER” does!

September 2015: Cillizza claims it’s time for Hillary Clinton “to start panickin’.” Uh no, it wasn’t. In fact, soon after Cillizza said that, Clinton was riding high after an amazing few weeks. Hey, maybe we’re onto something here: take whatever Chris Cillizza says and assume the exact OPPOSITE will happen! LOL, Oh yeah, Cillizza also continued to rank “JEB” second (behind Rubio) in the Republican presidential field, while putting Trump third (but saying “there’s little question that Trump’s numbers have begun to fade a bit”).  My god.


October/November 2015: Nothing particularly good or bad, other than the usual daily spewing, these two months from Cillizza, so I’ll use this space to note how much ink he devoted in 2015 to the Clinton email “scandal,” which of course was simply a right-wing Republican witch hunt, one with absolutely zero substance, but one that Cillizza (and other political pundits of his ilk) were fascinated with and pushing hard in 2015.

December 2015: I’ve already noted Cillizza’s laughable “worst year in Washington” bull**** in today’s Washington (Com)Post. I’ll just add how pathetic it is that Wahsington (Com)Post provides huge chunks of space to a political “analyst” whose analysis is consistently: a) run-of-the-mill, inside-the-Beltway convention wisdom; b) almost always wrong; c) almost completely devoid of substance (e.g., it’s “all horse race, all the time”) and d) often embarrassing. Does this crap draw “eyeballs” to Jeff Bezos’ paper? Other than that, is there any reason why “The Fix” even exists?