From the Virginia Sierra Club and Mom’s Clean Air Force: 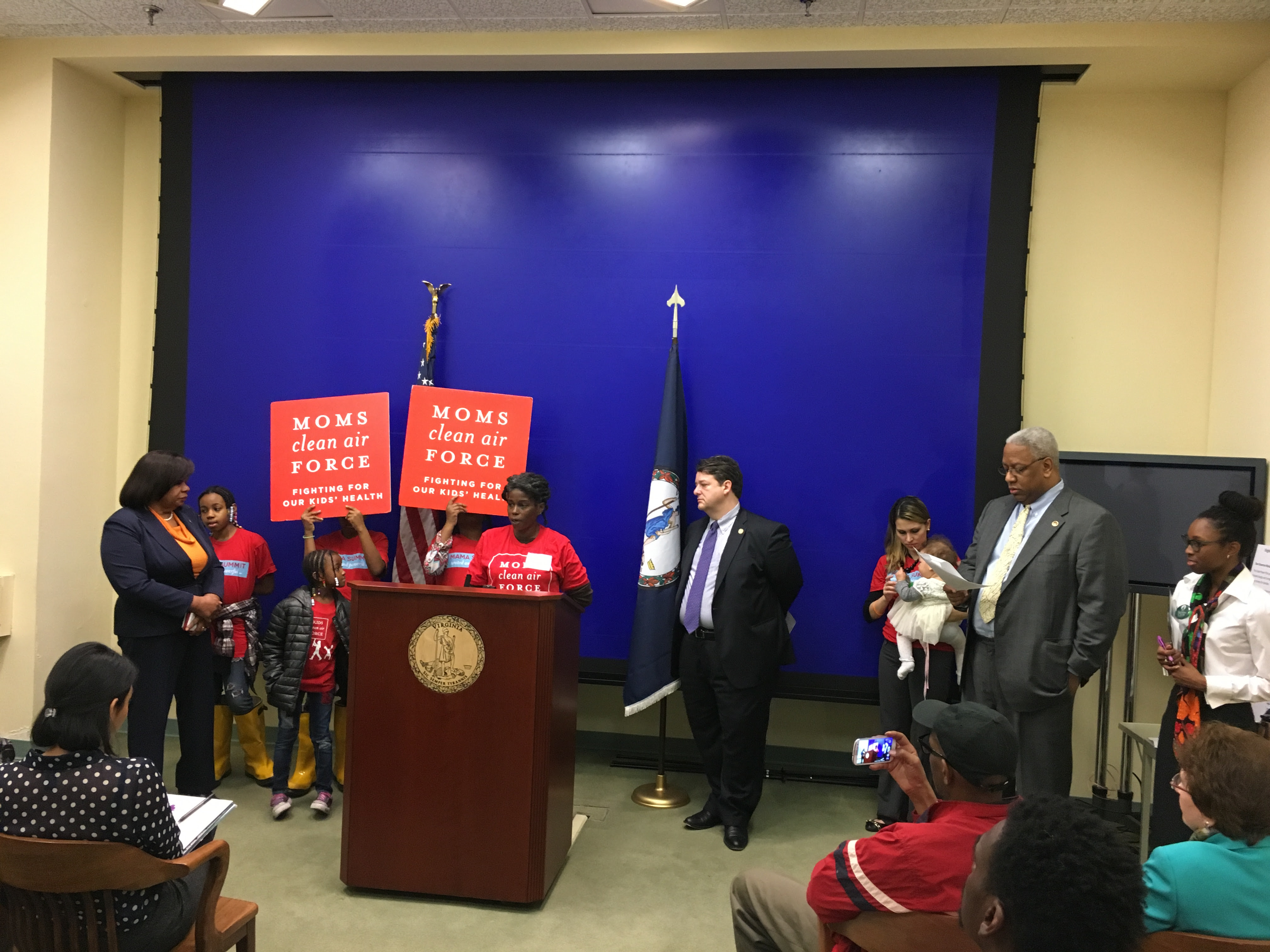 Families called on lawmakers to protect millions of Virginians from air pollution and dangerous climate disruption
.
Richmond, Virginia – Virginia grandparents, moms, dads, and kids traveled to Richmond to show broad and united support for children’s health and climate action. They held a press conference on February 3, 2016 at 10:30 AM at the House Briefing Room on the first floor of the General Assembly Building to show support for America’s Clean Power Plan and clean air initiatives, including national climate action and energy efficiency and clean energy investments, to protect future generations of Virginians from dangerous air pollution, climate change, dirty coal and sea level rise.
Samantha Ahdoot, MD, FAAP, Chair of the Department of Pediatrics at Inova Alexandria Hospital, stated, “Every child deserves a safe, healthy environment in which to live, play, and grow up. As a pediatrician, I can treat individual children in my office. But I can help protect the health of every child when I advocate for legislation that reduces pollution that contaminates our air and disrupts our climate. I am proud to attend the VA Mama’s Summit and to be a voice for children’s health in Virginia.”
Together in a bipartisan, or MOMpartisan, setting parents demanded action to protect the air our children and grandchildren breathe–both indoor and outdoor–and call for action on climate disruption. Other Mama Summits are being held across the country through May, 2016. The events will take place at the State House General Assembly Buildings.
As quoted by Virginia Delegate Alfonso Lopez, “We need to take action now to mitigate the impacts of climate change on Virginia. With the largest naval base in the world–Naval Station Norfolk–in an area that is rated second only to New Orleans in the entire United States for its vulnerability to sea level rise, the future of Virginia’s economy and security depend on us taking action. By investing in renewable energy, we can diversify Virginia’s energy mix, reduce the effects of sea level rise, and actually strengthen our national security by creating a more sustainable energy future.”