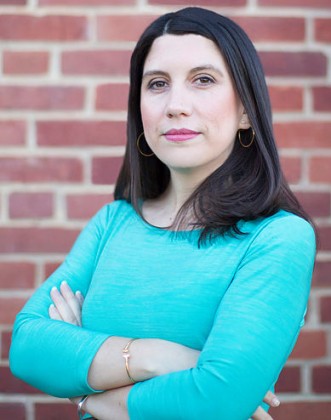 With the retirement announcement of Arlington County School Board member Emma Violand-Sanchez, Arlington Democrats have set May 19 and May 21 as the dates for a “firehouse primary” to endorse a candidate for this position. In addition, incumbent Nancy Van Doren is up for reelection, and her name will also be on the ballot at the “firehouse primary.” Candidates running for the Democratic endorsement, in addition to Van Doren, are Michael Shea, Tannia Talento and Chaz Crismon. I’m hoping to talk to all of them in coming weeks.

This morning, I had the opportunity to sit down this morning for a couple hours with Tannia Talento. I mostly wanted to discuss her views on issues relevant to the Arlington public school system and to education in general, but I also wanted to give her the opportunity to respond to the recent story about a dispute with her former campaign manager, Courtney Hill. See the end of this post for a statement from her campaign on that issue. In addition, see below for a writeup on our wide-ranging discussion this morning. All in all, I found Talento to be personable, smart, passionate about public education, knowledgeable about the Arlington public school system and highly motivated to serve on the School Board. With that, here’s the interview, edited for clarity and length.

Public Statement by Talento for School Board campaign:

I am running for the Arlington School Board, because I firmly believe in advocating for quality education and the success of every student in Arlington Public Schools. I believe that APS is capable of addressing our capacity needs in a responsible and effective manner while maintaining a focus on instruction and services for all of our students. It is important that we ensure equitable education for every child regardless of socioeconomic status, race, religion or gender. My vision will ensure a continued focus on the Whole Child and will make strides in closing the achievement gap. Therefore it is unfortunate that Ms. Hill is undertaking this present course of action.

At the onset of my campaign, Ms. Hill was employed as my campaign manager. Shortly after we began our work together, I realized we had different expectations for the direction of the campaign. Her employment was eventually terminated and unfortunately we had a contractual disagreement which will be settled judiciously in our court system.

I have established and maintained relationships and support from a number of prominent community members and civic leaders of various backgrounds and ethnicities. However, to date, Ms. Hill has unfortunately engaged in a whisper campaign that has been factually inaccurate and maliciously personal in the allegations she has alleged to a number of people in the community.

I am running for the School Board, because I believe our school system has the ability of being the best in the country and that we can make strides to close the achievement gap and ensure success for every student in our system. I am excited to collaborate closely with our community leaders and community organizations through our whole child initiative to solve issues facing everyone, from capacity to the achievement gap. I believe that Arlington is in a unique position to give every student the opportunity to reach their full potential and look forward to working with our community to achieve this goal.

Some of the allegations that Courtney has made are very hurtful not just to me, but also to my family. However, I will remain focused on the issues at hand and will continue my work to promote a school system which benefits every student in Arlington Public Schools.

I am happy and willing to meet with any members of the community to discuss school issues and any other concerns they may have. You can reach my campaign directly at my website: www.tanniatalento.org. 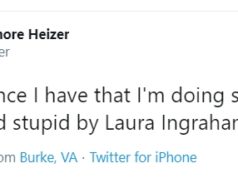 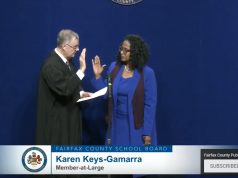