I don’t have much time today, given all that’s going on, but I wanted to pass along the key results from this new Virginia poll. For the most part, it’s good news, with Democrat Ralph Northam leading Republicans Ed Gillespie, Frank Wagner and Corey Stewart by 5-7 points. This poll was conducted prior to Tom Perriello’s entry into the race, so obviously his name is not included, but it will be interesting to see in future polls how he fares relatively to Northam. Also good news: Virginians strongly favor more solar and wind, while preferring to put LESS emphasis on coal. And from a political perspective, voters of all stripes say they would be more likely to vote for a candidate who supports clean energy. In short, clean energy represents BOTH good policy AND good politics, the ultimate “no brainer” in politics… 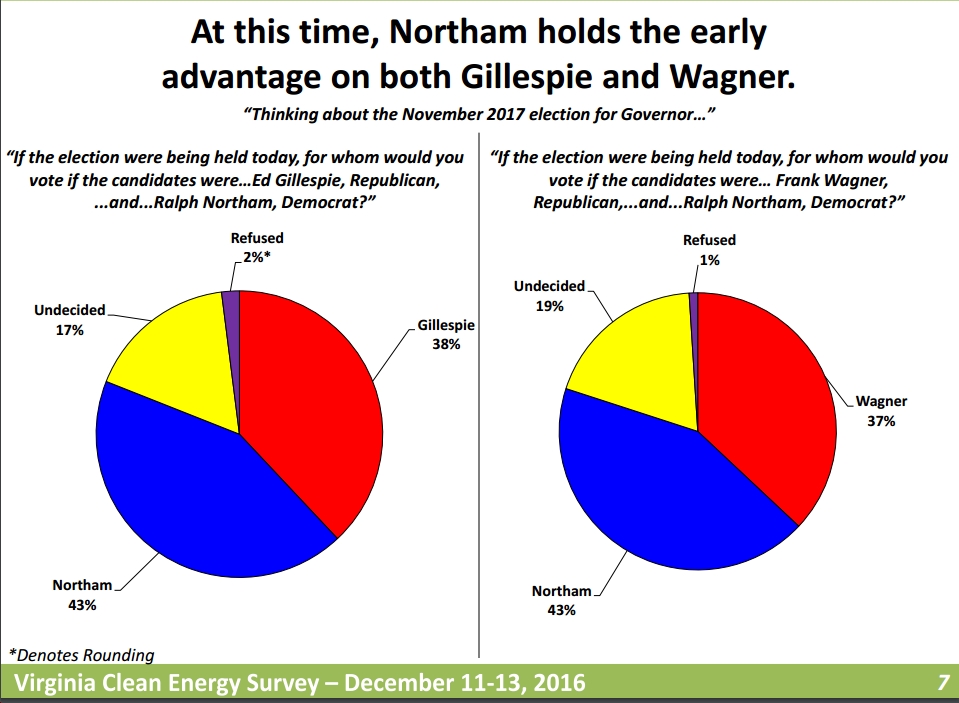 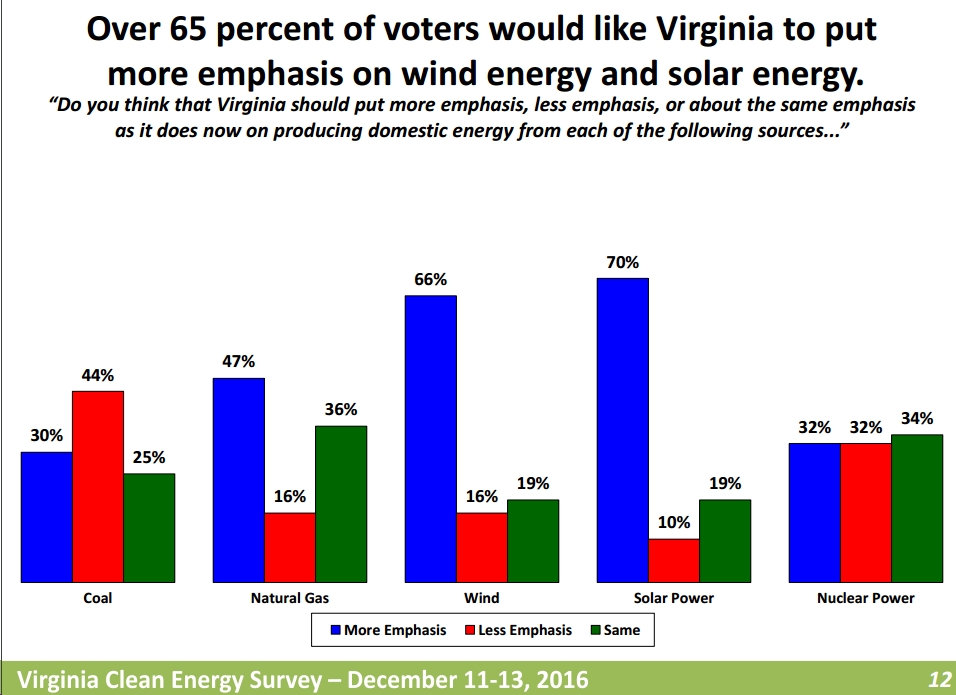 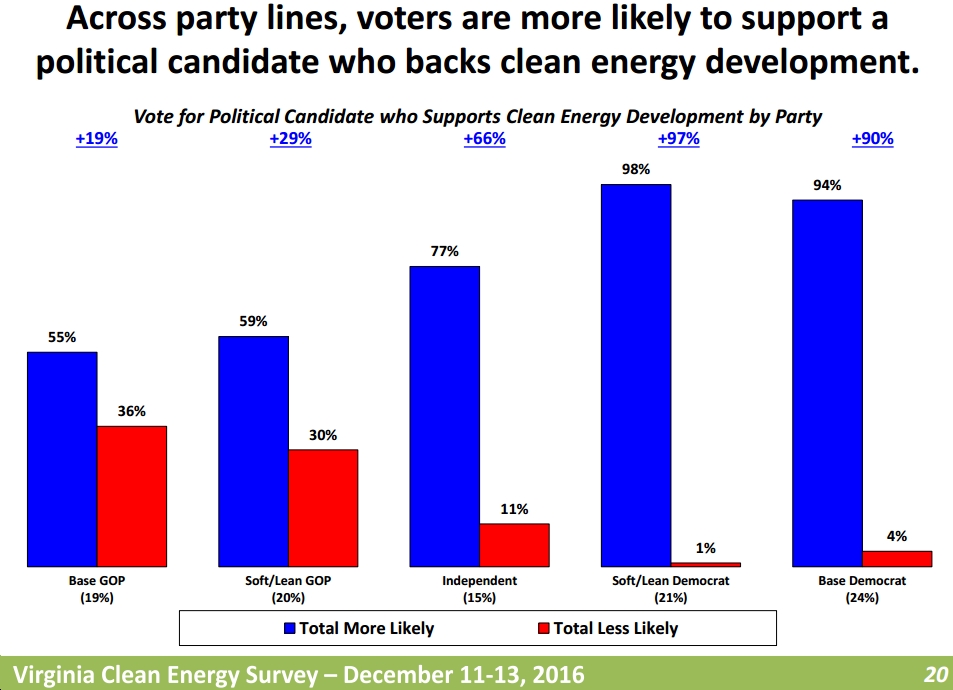 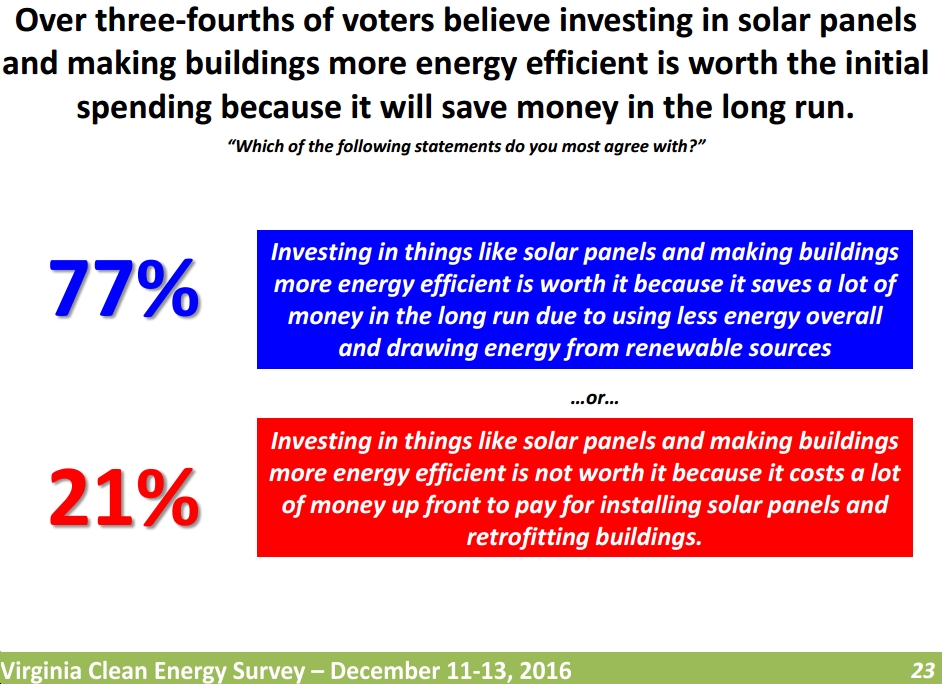 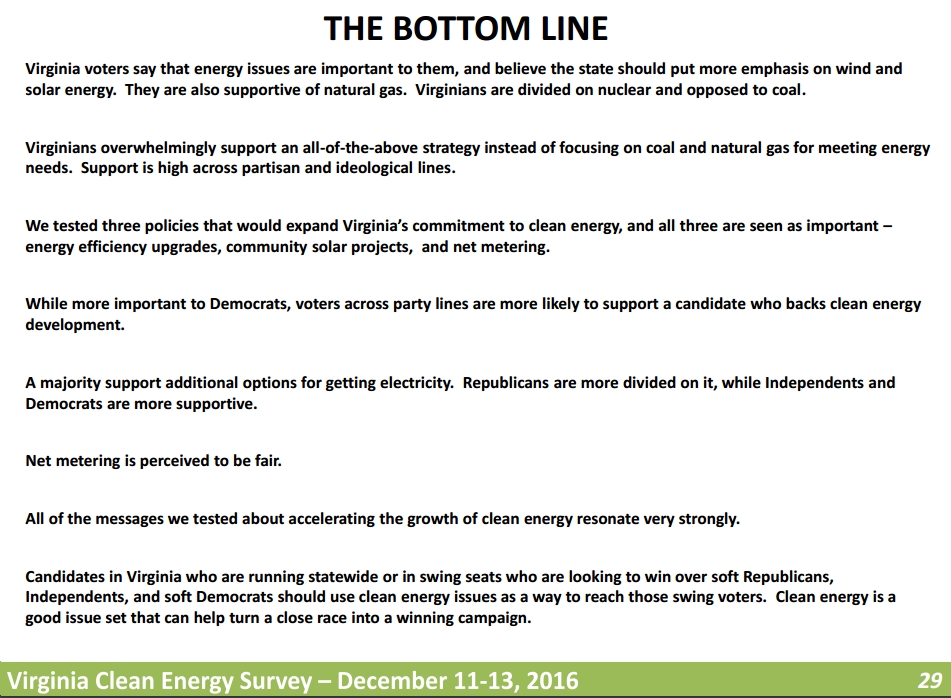