You’ve almost gotta feel a wee bit sorry for good little Trumpster/GOP soldier John Whitbeck, chair of the Republican Party of Virginia, who just got his head handed to him in November – losing all three statewide races badly, not to mention 15 (16? 17?) House of Delegates seats. And now, to top his great achievement in November, Whitbeck’s apparently received his marching orders from his superiors, and of course he’s dutifully obeyed, throwing Steve Bannon under the bus and defending his hero, Cheeto Mussolini. Check out Whitbeck’s pathetic, bootlicking-but-utterly-predictable tweet, followed by the brutal reaction. 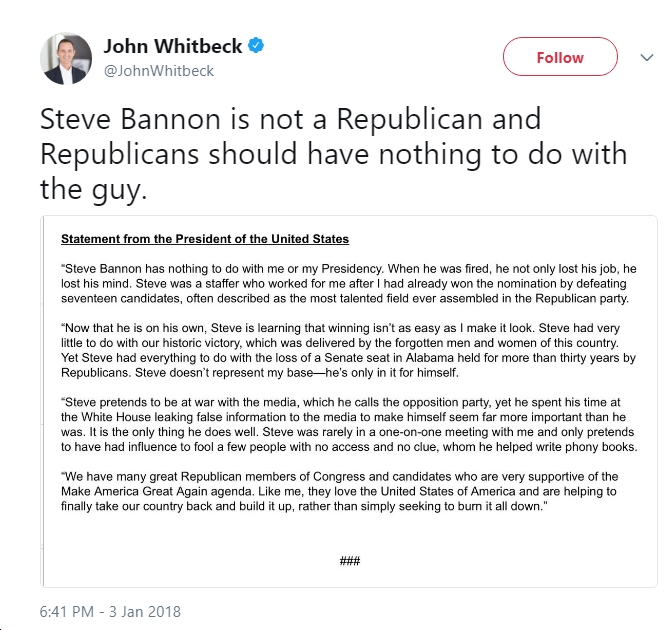 And now, check out the comments to Whit-less’ tweet. Not a pretty picture!

Oh sure, Republicans never had anything to do with this guy ?pic.twitter.com/vSSkoHb1OS