Richmond, VA–New polling released this morning shows Republicans will pay an electoral price for their continued obstruction on healthcare coverage. Polling conducted by Public Policy Polling found by a 2-to-1 margin, voters in the districts of State Senators Glen Sturtevant, Frank Wagner, and Siobhan Dunnavant are more likely to vote against their state Senator for obstructing Medicaid expansion. The findings mirror new national polling this week from Gallup showing healthcare is the overwhelming top concern of voters.

Senate District 10–Glen Sturtevant
48% of voters responded that opposition to Medicaid expansion would make them less likely to support a candidate, compared to only 20% more likely.

While 19 Republican members of the House of Delegates have found a path to supporting expanding healthcare to 400,000 Virginians, 20 GOP state Senators are standing in the way of both Medicaid expansion and finishing the state budget. The General Assembly will reconvene for a special session on April 11th to attempt to find a budget compromise.

“Four hundred thousand Virginians can’t afford to wait,” said New Virginia Majority co-executive director Tram Nguyen. “This new polling clearly shows Virginia voters won’t stand for elected officials who force our families to choose between seeing a doctor when we get sick, or making rent or putting food on the table. It’s past time to take action to ensure every family has access to quality, affordable health care and for Senators like Glen Sturtevant, Frank Wagner, and Siobhan Dunnavant to get on board.”

Advocates for quality, affordable health care access including Progress Virginia, New Virginia Majority, SEIU Virginia 512, and Planned Parenthood Advocates of Virginia have launched the Healthy Virginia Now campaign to advocate for the expansion of Medicaid in Virginia. The five-figure campaign in advance of April 11th includes paid media in select Senate districts as well as door-to-door canvassing. On the heels of new polling numbers indicating voters’ extreme displeasure with healthcare obstruction, Healthy Virginia Now will be going door-to-door in Senators Sturtevant and Dunnavant’s districts Thursday afternoon. Thursday’s canvass follows a similar operation over the week in the districts of GOP Senators Frank Wagner and Bill DeSteph in Hampton Roads as well as an event last Friday exposing their long opposition to affordable healthcare on the 8th anniversary of the Affordable Care Act.

Polling was conducted March 19-20 and was paid for by New Virginia Majority. 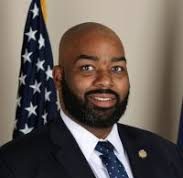 Del. Lamont Bagby: We Have to Stop Surprise Medical Bills – Now More than Ever 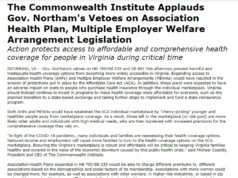 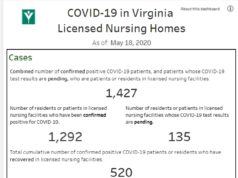