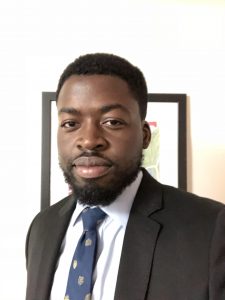 At a candidate forum in Lancaster County this past weekend, I heard something that troubled me. The following is a direct quote from Vangie Williams and I’d like to talk about why this has no place in our party or in our country:

As a Black, female, candidate, Vangie Williams understands the challenges of being judged or written off based on factors that she has no control of. Every day, I’m sure, she has to fend off stereotypes, misconceptions and archaic tropes. Which is why I’m extremely troubled to then see her use her platform to push race-based, ageist, and divisive rhetoric.

We often accuse the other side of these tactics, rightfully so. But here we are, guilty of the same things. This is not the Democratic Party I want to see. Just as troubling was Williams’ “he’s going to tell you he’s the first Latino?” statement. I’d like to hear some clarification from her campaign on that statement. Is she questioning Edwin Santana’s ethnic background — – his Puerto Rican father and his Latino descent??

I met Edwin and Vangie at the same time, at an environmental town hall in Fredericksburg on May 8, 2017. I was excited to see multiple Democratic candidates vying for the nomination in Virginia first Congressional District, something I’d never seen before, and wanted to get involved as quickly as possible. I went to Fredericksburg to watch this event live and figure out which candidate I would support. I liked Edwin’s platform and his stance on environmental protections, but was even more impressed by his ability to communicate with a diverse crowd, and to admit when he wasn’t 100% on a specific topic or question. This genuineness, as well as his experiences, I figured, would bode well in the district.

After the event I got a chance to speak with both Vangie and Edwin. Edwin and I discussed his passion for single-payer healthcare and we decided to co-write a paper establishing the campaign’s official stance on the issue. I have been working as a volunteer for his campaign ever since, and now serve as his campaign manager.

As a Black person in America, I am steadfast in my belief that Black people are underrepresented in government and that there should be more elected officials who are Black. But what I will never do is support or vote for a person solely because of their race. On that night in Fredericksburg, I made the decision to support Edwin because of his political acumen and his ability to communicate with voters. I can assure you that at no time, did his age or race (or Vangie’s) factor into my decision to get involved. Vangie does people of color a disservice when she tries to reduce this amazing democratic process to a competition on age or race.

Democrats and progressives have to condemn speech like this whenever, and wherever it occurs. I struggled internally about whether to write this, but I decided that I would be letting myself and 1st district voters down if I didn’t voice my concerns. This is such an important time in American history. As Democrats, we have a big job to do and we need to continually work on ourselves to ensure that our discourse is thoughtful, inclusive, and progressive.

There are people associated with the Santana campaign who are trying to make political hay out of a comment I made in Kilmarnock, Virginia.

This is what I said in my closing statement:

I’m a black woman running in a red district. This takes massive courage.

And I’m gonna tell you how we win. We win by going into neighborhoods where people don’t go.

We run by talking to our neighbors regardless of what party they are. Red, green, whatever other colors they want to pick now.

Because we are the red, white and blue. We are Americans.

And let me tell you something ladies and gentlemen, I know I have a great chance of winning this race.

Now Edwin’s gonna tell you he’s the first Latino…(pause) but guess what? I’m going to tell you what I’ve heard in the district.

Sorry. But, you know what I mean.

And it’s time our daughters, our nieces, our aunts, and even our young men who are coming out have a chance to grow in this district.

Yes, I said what I said. But the reasons being attributed to what I said are way off base and a sloppy attempt at trying to score cheap political points. Because if Mr. Okeowo were truly concerned, and subsequently upset about racism and sexism in this race, he would have spoken up months ago.

What I said was in reaction to what the moderator said about women of color, specifically African-American women, making a difference in Alabama with the election of Doug Jones to the United States Senate. Everybody in that room knew what I was talking about and John Suddarth, the other candidate in the race, even joked about what I said.

I think there’s a much bigger question that needs to be asked here:

Where was Mr. Okeowo’s outrage when I was introduced as “the prettiest candidate” or described as “being so well-spoken”?  Did sexism and racism not matter then?  Where was his outrage when, in front of his own candidate, a woman asked me if all six of my daughters were fathered by the same man?  Neither of them spoke up.  Where was the outrage when I was publicly asked if I was the “secretary” at all the places listed on my resume?  He was in the room.

I didn’t hear his voice then. There was just silence.

But when I say something that he thinks he can distort to score some political points, he speaks up?

I have spent most of my life in the area. Mr. Okeowo cannot presume to understand my experience as a woman of color in this area. We’re told to keep our mouths shut and our opinions to ourselves. We have been told directly and indirectly that we’re second-class citizens. All my life I have refused to accept that label and have fought my way to the top – fighting many of the very sentiments being expressed, unfortunately, by Mr. Okeowo.

I’m glad Mr. Okeowo has found a candidate he likes and can support. I, too, like Edwin. He’s a nice guy. But Edwin and I have very different life experiences.  As a self-described “farm boy from Maine,” I would imagine that Edwin can’t relate to feeling the faint shadows of 400 years of racism that rural blacks still feel in the 1st District. To this day I feel the darkness of those lingering shadows. Many, many people in the 1st District still feel those same shadows cast across their lives every day. We’re still told not to show up on election day or “else.” Recently I was even told, “Little girl, you have no right to run for office.”

And I will win for everyone who has ever felt marginalized.

So, if Mr. Okeowo wants to become the judge and jury of all that is racist and sexist, I suggest he do it ALL the time, not just when it’s politically advantageous for his own candidate.