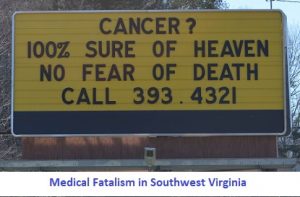 Lesson one: don’t take an adversarial approach. Last session, the then Governor, Terry McAuliffe, obstinately returned the same proposal that had been roundly rejected by the General Assembly. Either it wasn’t important or he’d just given up. Lesson two: the Republican Delegates who voted for expansion aren’t from Clinton/Kaine districts.

In the first case, I am going to go with both “it wasn’t important” and “he’d just given up.” From his own lips, Governor McAuliffe told WRVA’s Jimmy Barrett on “Ask the Governor” a month before the 2016 national election that he had accomplished 90% of what he’d set out to do when he ran for Governor. Even if Medicaid expansion was 100% of that remaining 10%, one could only conclude it really wasn’t ever that high among his priorities. Of course, that was when McAuliffe was dead certain he was going to be appointed Secretary of something in the Hillary Clinton administration, giving him an escape path from his unmet gubernatorial promises.

However, based upon a subsequent interview almost a year later with the same radio personality, it turns out that there were many things other than Medicaid included in that 10%. In that interview, during the weeks after Charlottesville, McAuliffe refused to take a position regarding Confederate statues. He had too much to accomplish before he left office, he averred; so much so, he had no time to address that roiling controversy and also never mentioning Medicaid. Pontius Pilate smiled. Mathematically, if McAuliffe accomplished 90% of that remaining 10% during his last year in office, and you might be certain he would make that claim, it leaves Medicaid expansion as 1% of what he originally set out to accomplish upon taking office.

Governor Northam has an opportunity to demonstrate the kind of political finesse his predecessor lacked and/or shunned. Failing to compromise on something, anything in the Medicaid portion of the budget will mean that the General Assembly will be considering the McAuliffe Medicaid proposal once again. Republicans are so set against allowing TMac any credit for expansion that failing to make the proposal his own, Northam will entrench opposition; even from those who secretly long for their constituents’ coverage. Yes, they really do and that is where we are.

How do I come to that? Well, I spend a lot more time swimming among the fish in Southwest Virginia than all but maybe two statewide office holders and/or members of this Governor’s Cabinet. While there, I often commiserate and collaborate with people with whom I am generally not like-minded. See Dale Carnegie.

I gather information from the third shitter on the left (or maybe the right), as they say in the Marine Corps. What I have come upon in one dark corner is a statement from a Republican state Senator that “This is the year for Medicaid expansion. We were never going to give that to Terry McAuliffe.” That Senator represents a district that contains portions of House districts whose Delegates voted for expansion; none of them carried by Clinton. That Senator is not among those being counted as possible “Yeas.” Even this closet supporter might vote for a plan that includes something, anything that makes it Ralph Northam’s or somehow erases credit from “the other guy.”

There is at least one other consideration that weighs on Republicans. Having only one Senator take the heat as the sacrificial crossover may set Justin Fairfax up for Governor by allowing him to cast the deciding, tie-breaking vote and giving him the headlines. Republicans have to make some kind of stand that gives them cover.

At a town hall held at Radford University before this legislative session began, I suggested to the panel of Republicans that included Senators Hanger and Carrico that if they didn’t like Terry McAuliffe’s expansion proposal, then rip it out of the budget, craft it in some way and call it the Medical Access, Education, and Jobs Act. Everything with “jobs” in it always seems to fly.

In at least one district there is a radio spot praising the Republican Senator for his conservative values and touting him as a leader in protecting our healthcare. It subtly suggests that how he votes is in our best interests without making it clear which way that might be by never mentioning expansion. That is being paid for by a PAC headed by a former Republican delegate.

Pretending that the only thing that will get a Republican to vote for expansion is the threat of losing re-election is a red herring. That is to argue, as Virginia Democrats contend, that Republicans are unconcerned with their constituents’ best interests. Local Republicans know that few from outside Southwest Virginia have a clue about the region. They also know that for a host of reasons, Medicaid expansion that does not recognize their unique reality will not provide their constituents access to healthcare or result in their improved welfare. Democrats in Richmond just don’t get why those constituents vote Republican. Republicans don’t speak bureaucrat to them.

To appreciate Southwest Virginians’ points of view, you might understand that they observe Richmond from a geo-political recess. By now we all now know, or we should, that Pinnacle Overlook is closer to nine* other state capitals than it is to Richmond. Most Virginians nestled nearer Richmond are generally unaware that there is any territory beyond Roanoke other than Tennessee, North Carolina, or Kentucky or that there are Democrats residing in that frontier.

This was made clear to native Democratic voters when the region was ignored during Governor Northam’s Inauguration celebrations. They can easily conclude that the political party with whom they have traditionally identified has written them off. One constitutional officer down there who is a lifelong Democrat told me, “The Democratic Party left me.” They may be on the way to a pragmatic change in their political affiliation en masse. There is precedent. Enough of their Republican General Assembly members are standing up for their interests that there is a chance that Medicaid may finally be expanded in Virginia.

That is, if this rump McAuliffe administration is even one iota more politically adept than the one before it. If so, it will become the Northam administration.

“There’s no place for white supremacy in Virginia,” Yet Youngkin Says Racist VDH Head Who “Trumpets These Disgusting Views” Is “Very Capable”