May 7, 2018 (Washington, D.C.) – Rep. Don Beyer today again condemned efforts by Donald Trump and congressional Republicans to sabotage the US health care system after they were cited by Virginia’s health insurers as the cause of proposed double-digit rate increases for health insurance premiums:

“Donald Trump and his Republican allies in Congress are inflicting huge pain on Virginia families,” said Rep. Beyer. “I was one of many legislators who warned that the outcome of their sabotage campaign would be cost increases for the middle class, and those warnings were echoed by health care experts, economists, and the Congressional Budget Office. Republicans must allow bipartisan action to repair the damage that they have done, which working Americans can ill afford.”

Health insurers repeatedly pointed to Republican attempts to sabotage the Affordable Care Act, and in particular the repeal of the individual mandate and proposed rules to allow for short-term health plans and association health plans, in requesting rate increases which include:

Former Secretary of Health and Human Services Tom Price was quoted last week admitting that these cost increases for working Americans were expected by those who attacked the Affordable Care Act: “There are many, and I’m one of them, who believes that that actually will harm the pool in the exchange market, because you’ll likely have individuals who are younger and healthier not participating in that market, and consequently that drives up the cost for other folks within that market.” [Washington Post, May 1].

The Congressional Budget Office previously estimated that Americans in ACA marketplaces without subsidies would face a 10 percent average premium hike due to the repeal of the individual mandate. The same estimate forecast that 13 million more Americans would become uninsured following repeal of the individual mandate, which Republicans removed as part of their tax bill last year. 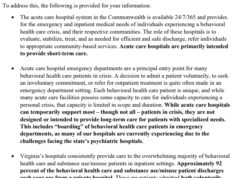 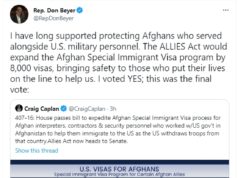 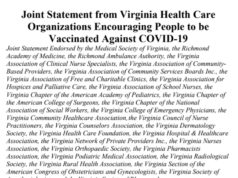