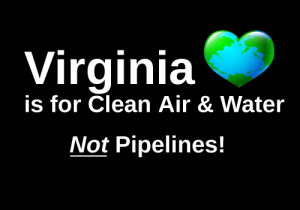 According to a US News study, Virginia is ranked a dismal 31th in the country in renewable energy usage. Our state does not even meet the national average in renewable energy usage. Even worse, our state’s natural environment ranking, which includes things like air and water quality, is 39th.Virginia’s toxic pollution rank is the worst in the entire country. This is due to local climate and environmental offenders like Dominion Energy, the state utility monopoly, employing the practice of profit over people with blatant disregard for the environment and public health, especially in vulnerable and underrepresented communities.

The financial influence of companies like Dominion over our state government is well-documented and intersects with the erosion of our democracy as a whole. Most of the regulatory and utility legislation that allowed for Virginia’s abysmal climate and environmental record was written by Dominion lobbyists, and it was our elected officials that passed this legislation at our expense. It’s time Virginia officials sever ties with corporate money, and it is time that climate and environmental injustice be put to an end and real climate leadership begin – Virginia and the Earth herself depend on it. Demand our elected officials say: no to fossil fuel money, no to fossil fuel projects, and yes to a fast, just transition to 100% renewable energy!