What’s Sen. Tim Kaine been up to this weekend? As you can see from the following photos and videos, he’s been campaigning hard around Virginia, both for himself and for other Democratic candidates – Abigail Spanberger in VA07, Rep. Donald McEachin in VA-04, Alexandria City Council candidate Mo Seifeldein, etc. – with just over five weeks until Election Day 2018.

Sen. Kaine’s events this weekend included: a canvass launch with the AFL-CIO in Richmond; a community conversation in North Chesterfield with Abigail Spanberger and members of the Richmond Asian American and Pacific Islander community; a canvass launch in Richmond with Service Employees International Union and in Highland Springs with Congressman Donald McEachin and local Democrats; a meet-and-greet and canvass kick-off with members of the Latino community in Fairfax Station; and a community conversation with members of the Sudanese-American community in Burke. Also, this evening, Sen. Kaine is attending a candidate forum hosted by the Multicultural Chambers Alliance at Virginia International University, and finally the Virginia Arab American Political Forum in Tysons.

In short, it’s been a busy weekend for Sen. Kaine, and for good reason; as Kaine explained in the Latino canvass kickoff video (courtesy of Erika Yalowitz), he is committed to not just winning reelection for himself, but to electing Democrats up and down the ballot. Kaine also stressed his outreach to everyone, including immigrants/new Americans, young people, women, etc., etc., and the importance of diversity. Because, of course, Democrats are the party that looks like ALL of America. The other party? Two words for you: Donald. Trump. ‘Nuff said? 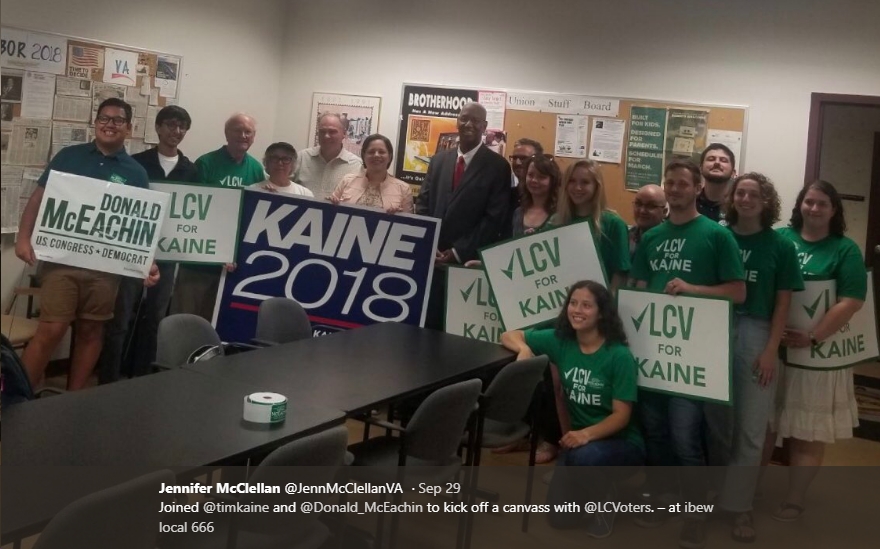 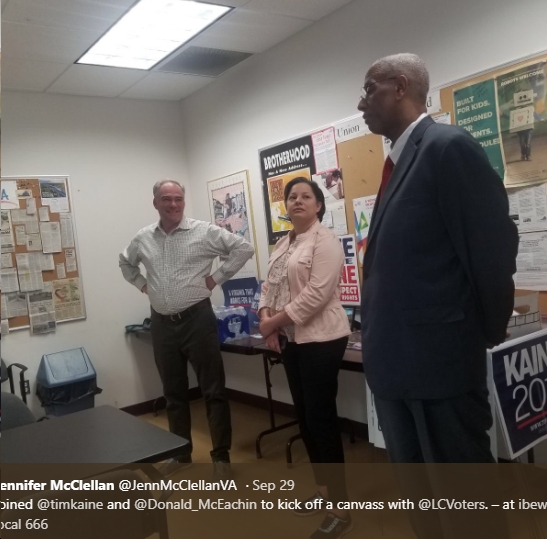 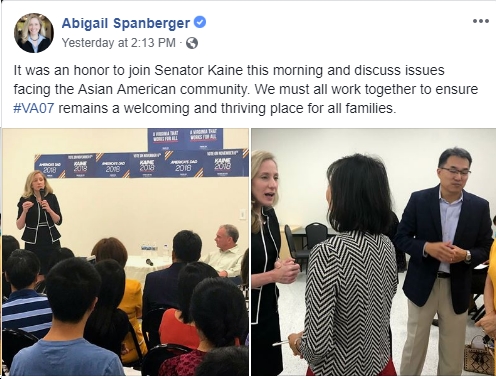 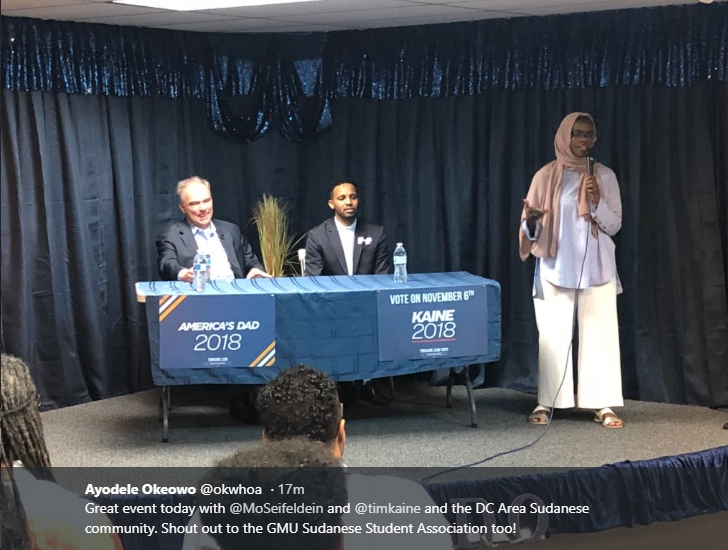 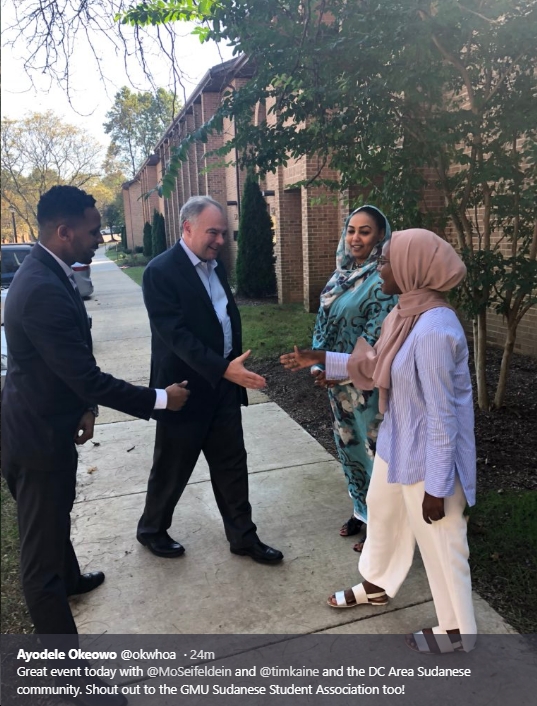