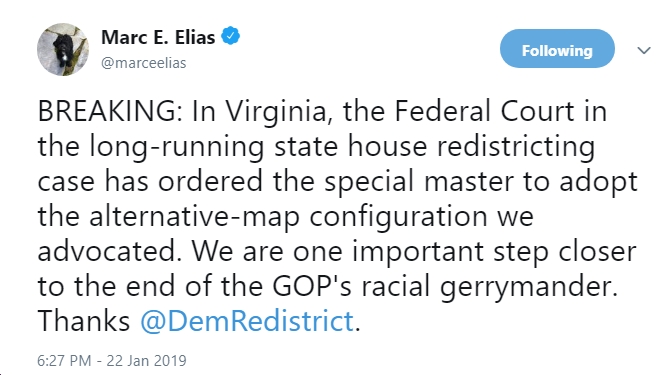 THREAD: The court has released the combination for the VA House of Delegates. Democrats got the BEST CASE SCENARIO with the map. Here are my current ratings with the new districts. Several uncontested R districts are competitive. See below. pic.twitter.com/Ko27TmcZQ3

Here’s what my ratings would be if every single district is contested. Three uncontested R districts favor Democrats, INCLUDING KIRK COX’S SEAT. THE SPEAKER OF THE HOUSE IS IN BIG TROUBLE. Previously represented a Safe R district. pic.twitter.com/bqT6IgOC2K

Here was the court order, thanks to @DrawFairLines for informing me of its release. pic.twitter.com/U2iw4KCjqE

Democrats now have a 90-95% chance of flipping the house with this map.

What Was Jesus’s Deductible?

New Data on COVID-19 Cases, Hospitalizations, Deaths in Virginia as of 3/24