With all the far-right hysteria (over-the-top language like “genocide,” “infanticide” and “war” were tossed around) a few weeks ago over a bill to tweak the requirements for Virginia women regarding very, VERY rare third-trimester abortions (note that there have been NONE of these done in Virginia the past three years, and that they are only done in dire circumstances, such as when the life of the mother is in danger and/or the baby is non-viable), you’d think that a majority of Virginians were against third-trimester abortions.

Except…apparently not, according to a new WaPo poll (see screenshot, below), which finds that: 1) only 34% of Virginians want abortion laws made more strict (21% say LESS strict and 37% want them to remain the SAME); and 2) by a 2:1 margin (60%-33%), Virginians believe that “abortion should…be legal in the third trimester of pregnancy if the woman’s health is at risk.”  With numbers like that, you’d think that Republicans wouldn’t want to make this a big issue to run on this fall, except that it’s something they can raise $$$ off of (which they’ve been doing) and also to rev up their most diehard, anti-abortion, fundamentalist base. Finally, this is good issue for Virginia Republicans to use as a distraction from their absolutely abysmal record on basically every issue, including women’s health and reproductive freedom. Hence, the ginned-up outrage by Virginia House Majority Leader Todd Gilbert et al. Ignore them. 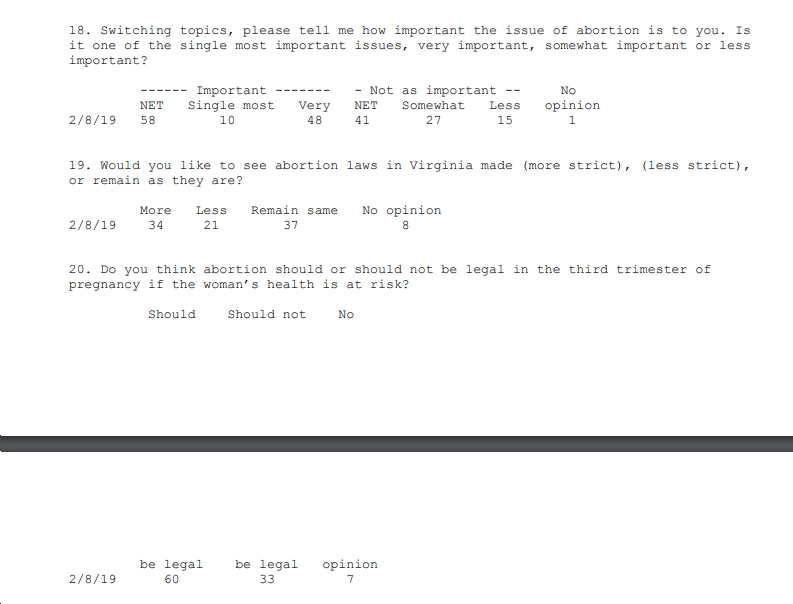 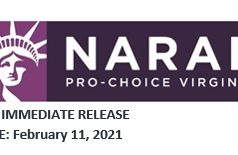