See below for video, and following that my comments, on the Virginia House Republicans’ disgraceful dishonest, deception and disinformation that they demonstrated yesterday over Del. Sam Rasoul’s well-intentioned-but-politically-doomed HB1635 (“Fossil fuel projects moratorium; clean energy mandates”; defeated yesterday by a vote of 86-12). Add this one to the growing list of blatant Virginia Republican falsehoods and hysteria we’ve seen in recent day, as they flail around for something, anything that might save their endangered majorities in the Virginia Senate and House of Delegates…

First off, note that Del. Rasoul’s bill was reported out of the REPUBLICAN-CONTROLLED House Commerce & Labor Committee last week in a breathtaking display of Republican dishonesty and game-playing. As Ivy Main explained at the time:

“The Republicans who run Commerce & Labor are wholly indebted to the fossil fuel companies whose campaign contributions keep them in office. Most of them don’t even believe in human-caused climate change. They cannot conceive of an economy reshaped around clean energy. They didn’t allow this bill to pass out of committee because they support it, but because they want a bigger venue in which to kill it.”

One highly endangered Republican in particular was singled out, for good reason, by Ivy Main:

“Tim Hugo, who won reelectio n by only about 110 votes last year and will be in the crosshairs of grassroots progressives this fall, is the R designated to vote in favor. You will notice, however, that he does not speak in favor of the bill in committee, and as a conservative and close ally of Dominion Energy there is no way he actually supports it (though he will trumpet his vote when he needs to, come November).”

So yeah, Republicans made sure to PASS Del. Rasoul’s “Off Act” through their committee, because they wanted to posture on the House of Delegates floor – bash clean energy, praise fossil fuels, spread horror stories and hysteria about how SUPPOSEDLY if we move towards a clean energy economy disaster will ensue, etc.

Which is, as you can see in the video, exactly what they ended up doing yesterday, despite Del. Rasoul’s belated recognition that this is what Republicans were up to, and his introduction of a substitute bill that deleted the fossil fuel moratorium and watered down the clean energy provisions substantially. But Republicans were hell-bent on their strategy, and as you can see from the video, voted again and again along party lines to make DAMN SURE that the ORIGINAL bill was dragged to the floor – kicking and screaming – for a vote. And WHY did Republicans want to do that? Simple: in addition to giving them a chance to spew lies about clean energy and to bash Democrats as supposedly against the poor (that’s “rich” coming from Republicans, eh?), etc., Republicans were calculating – just as with the manufactured “outrage” over Del. Tran’s abortion bill – that they could harm Democrats politically by forcing them to publicly support something that can easily be “demagogued” by them. It’s politics at its absolute worst, in other words…so much for the nonsense about some sort of benign/positive “Virginia Way.”

With that, just a few comments about the  Republican’s lies and super-stinky bullshit in the video.

In fact, the REAL “radical agenda” is the Republicans’ implicit policy of pumping out greenhouse gas pollution forever, fueling powerful storms, ocean acidification, sea-level rise, droughts, fires, species loss and destruction of life on the planet. There’s nothing more “radical” than destroying the one home – the “pale blue dot” – that we have, and there’s also nothing more “radical” than throwing the entire weight of government behind propping up wealthy, powerful, polluting, incumbent fossil fuel and utility interests while intentionally slowing/blocking Virginia from the multi-trillion-dollar clean energy economy of the 21st century. Yet ANOTHER great reason to vote Republicans out of office at every level of government. 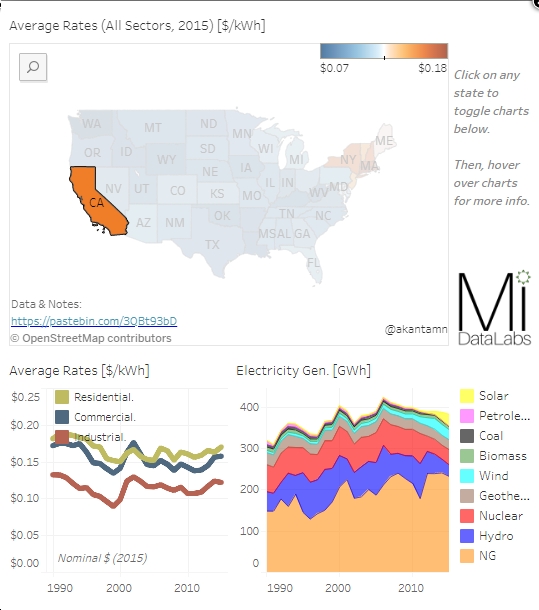