See below for some spot-on reactions by Delegates Lamont Bagby, Jay Jones, Schuyler VanValkenburg and Cia Price on this story in the RTD about how – and no, this is apparently not an “Onion” parody! – “A racial reconciliation group led by former Gov. Bob McDonnell has become a convenient vehicle for Gov. Ralph Northam’s work on an issue he has vowed to lead on as he seeks to remain in office amid calls for his resignation.” WTF??? Yeah, serious; that would be the same, disgraced, corrupt, hard-right “Taliban Bob” McDonnell (aka, Pat Robertson’s BFF), under whose “leadership” the Republicans attacked minority voting rights, civil rights, women’s rights, economic and environmental justice, you name it. By the way, this is also a bad joke, as is Northam not showing his face in Union Hill, as is…we could go on and on.  But joining up with Bob McDonnell might just be a new low for Northam, who I’m proud to say I’ve never supported (I supported Aneesh Chopra in 2013 and Tom Perriello 2017) in a Democratic primary. 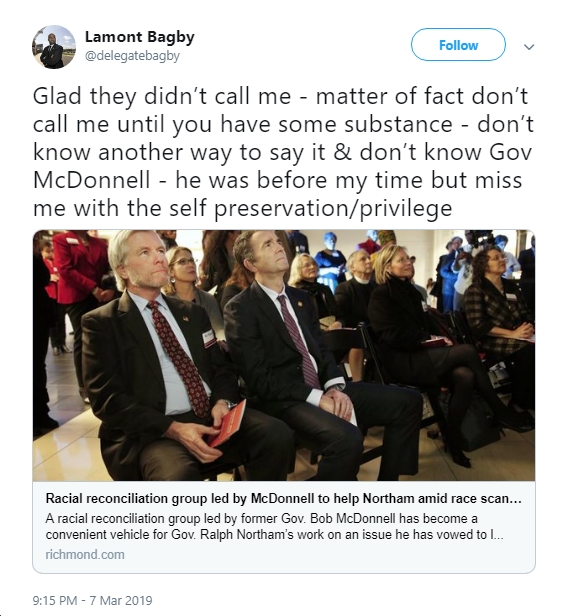 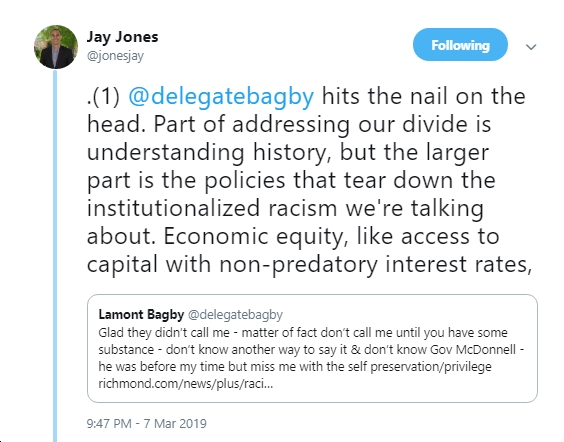 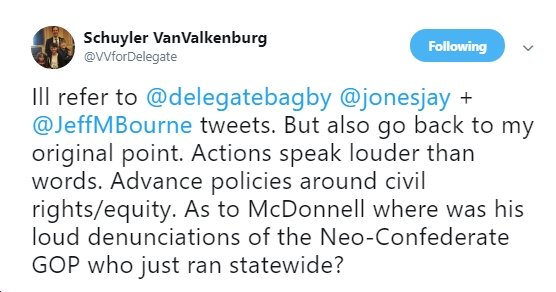 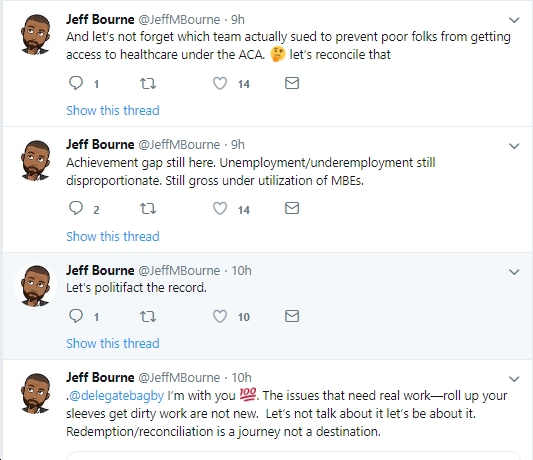