The following is from the VA House Democratic Caucus.

“We commend Dr. Tyson’s and Ms. Watson’s bravery in coming forward, and we strongly support their right to be heard. Their recent interviews were incredibly moving and difficult to watch, and they should not be taken lightly by anyone. The allegations against our Lieutenant Governor are very serious, and on February 8, we called for his resignation.

“Our Republican colleagues in the House of Delegates have repeatedly made it clear through their actions that their desire for a so-called hearing within the House of Delegates is driven by partisan politics. Every time Democrats have made a good-faith effort to communicate with House Republicans, they have chosen to respond to us via a press release or conference, rather than directly. Today is no different.

“The accusers and the accused deserve better than a politically-motivated and unprecedented spectacle such as the one that Republicans have proposed. The Speaker included a copy of our letter to Delegate Rob Bell in his press release today. That letter clearly outlines our concerns, and we encourage everyone to read it.” 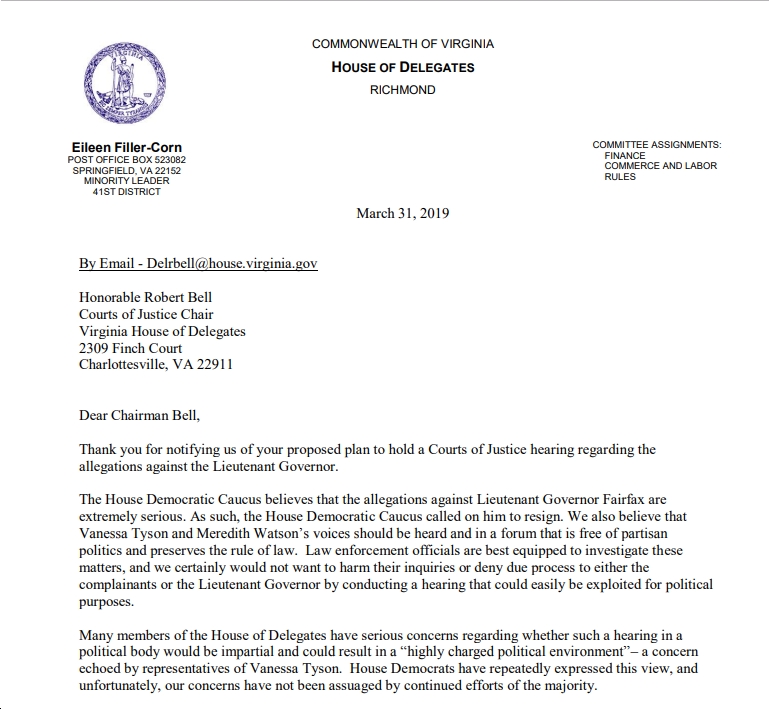 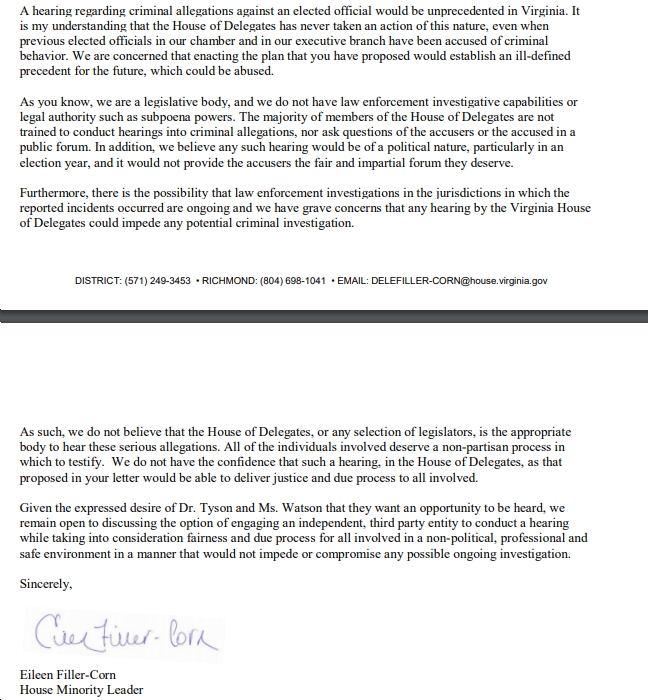