The following video, from last night’s “Take Back the Night” event in Arlington/Rosslyn, is very, very powerful stuff. I checked with the speaker, Adele McClure – policy director for Lt. Gov. Justin Fairfax, until she resigned in early February after allegations of sexual assault and rape against Fairfax were leveled by Dr. Vanessa Tyson and Meredith Watson – to see if she was comfortable with my posting the video here – even though it was already posted publicly on Facebook – and she said she was. I told her, and I’ll state it publicly as well, that I am totally in awe of her courage, am absolutely blown away by the power and brilliance of her words, her story, her truth. Also, for the record, I agree with everything she says 100%, and hope that everyone will give her all the support she deserves. The bottom line is that Democrats must be the party that takes women seriously, that believes women’s stories of sexual abuse, that never EVER sweeps those stories under the rug, even and especially when it’s politically inconvenient or difficult to talk about this stuff.

Finally, I also couldn’t agree more with Adele McClure that due process is crucially important in the context of the the criminal justice system, but that:

With that, here’s the video, followed by a transcript. Thanks again to Adele McClure for her courage, and for – as she says – “stay[ing] true to myself, my morals and my principles.” Much, much respect.

Here’s a transcript…bolding by me for emphasis.

“Let me just say that it did take some time in internal bargaining with myself to be in the right headspace to be on this stage to speak with you tonight.” (McClure then tells her own story of being sexually assaulted 14 years ago, also notes that she didn’t tell anyone at the time, didn’t go to the authorities, suppressed it, and only now is coming forward…just like many survivors of sexual assault)…

“This past February when Virginia was in turmoil, I suppressed my feelings and I rolled off my past experience with sexual assault as a personal bias. At the time, I was serving the Commonwealth of Virginia as the lieutenant governor’s policy director. After I became aware of the first accusation of sexual assault against the lieutenant governor, I convinced myself that my feelings didn’t matter; I had to protect my boss my friend – his feelings and his name – at all costs. I believed him. But the more I heard from these women’s stories and the more I read the public and private reactions and responses from that office, the less and less I could stand by and support and compromise on those responses. I first began to have my doubts about the side I was standing on when I first heard from Dr. Vanessa Tyson. Her story began to sound too familiar to me and I became ill at the attempts to discredit her, to attack her, to threaten her with defamation suits and criminal prosecution. But for some time I still believed that I was standing on the right side with my friend.

Then, with the rest of the public, I learned about a second allegation. Meredith Watson stepped forward. Reading and hearing about Meredith Watson and her story quickly put things into perspective. Neither her story nor Dr. Tyson’s story could easily be dismissed or written off. These were credible allegations that needed to be treated with the utmost seriousness. And so I quickly began to revisit and assess the actions that were coming from our office in those moments. I wondered if my abuser were ever elected to public office and I decided to speak out, how would I be treated when people attempted to label me as crazy, as a partisan…perhaps as an opportunist? Would I be threatened with lawsuits and legal action and would my abuser use the power of their office sitting on top of the dais to condemn me as a modern-day lynch mob that’s tantamount to those who murdered Emmett Till? And would he shroud his response in religious righteousness, making me as an evil being in league with the devil? And where would my friends and colleagues stand…with me or would they stand idly by? Would they ignore me? Would they ignore the entire situation, or would they attempt to minimize and normalize it all and tell me to move on? Would they say believe women but not this woman? And not THESE women, not here not now, not when it’s politically inconvenient and not when it’s challenging power or someone we like? Or would they say support black women, but not THIS black woman and not these black women, not here not now?

My decision to resign from the office of the lieutenant governor was not a decision that I took lightly. I believed and still believe that the Lieutenant Governor has lost the moral legitimacy to hold public office. What I further found unsettling was the idea that he could remain in office and continue to utilize the power and resources of the office of the lieutenant governor to silence…and threaten his accusers. The office of the Lt. Governor is an office which derives its power from the people of Virginia. It is an honor, a privilege a position of stewardship and service, and is not some kingly power meant to be used for personal protection and personal exercise for the power and needs of once of the person holding that office. And as the saying goes, with great power comes great responsibility. And there has been much talk of the sanctity of due process. And I agree the principles of due process are fundamental to our democratic system. Too many black men in our country’s history were denied that fundamental right. Too many of them were lynched or locked up with their basic liberties denied. But at the same time many many black women have also faced the heavy hand of injustice in our country’s history. Many of them have been victims of rape and sexual violence with no recourse for justice or due process. These black women were marginalized silenced, shamed and ostracized. And according to the ACLU, black women and girls have historically been dehumanized, considered un-rapable, and left without legal recourse. They became easier targets for abuse and more reluctant to come forward. And it still happens today. The National Center for victims of crime report that about 22% of black women in America have experienced rape. And according to the Institute for Women’s policy research, 40% will experience intimate partner violence in their lifetime. And yet women of color still constantly have their motives assessed and their credibility assessed.

So let’s be clear,  Dr. Vanessa Tyson and Meredith Watson are NOT a modern-day lynch mob and they’re not equivalent to the white militias that murdered countless black men. They are black women. They are human beings. And they should be treated with care, patience and respect. Yes, due process is important yes it is important. And it is also a standard set to protect the wrongful taking of one’s life liberty or property. When talking about the mighty arm of the law and the criminal justice system, this absolutely makes sense. Society should do all it can to protect a person’s life, the person’s liberty, property, and fundamental rights. So I absolutely believe in due process, especially when we’re talking about criminal prosecution.

Shortly after I resigned, I was diagnosed with depression. I spent the next two months in bed or trying to shove in as many medical appointments as possible before my health insurance ended. I felt like I lost everything, because I decided to stay true to myself, my morals and my principles. I cannot begin to describe how hard that was and how hard life continues to be every single day. There in those first two weeks of February, I learned that my loyalty, my ride-or-die personality was not only hurting myself, but it was hurting others. It was clouding my judgment. I felt brainwashed and betrayed and re-traumatized by the situation. For me, there was no rush to judgment; it was a slow, long and painful realization. Many many factors brought me to my decision to resign. And tonight, I only mentioned a few. The expectation for women, especially women of color in such circumstances, is to stay quiet, to forget about it and move on. But I could not remain silent, because it was eating me alive, pushing me to relive those two weeks over and over again and reminding me of what happened 14 years ago.

My abuser probably still believes deeply in his heart that our sexual encounter was consensual, and it was not. Consent is the presence of a yes, it is not the absence of a no. I feel like I want to hate my abuser, but I feel no animosity towards him. I have no desire to see him criminally prosecuted or put in jail. But I would never want to see him win an election or enter a position of power – power that he could wield over others. Not wanting to see someone punished is one thing. Not wanting to see that person rewarded with considerable power is another. Survivors have seen how abusers have loaded power before in a way that was painful, disrespectful and grossly immoral. That is why many of us do not want to see such individuals wield such power again, especially in the power of public office. In an ideal world, when and if I confront my abuser, I want him to respond by acknowledging that he hurt me and took what he wanted without my consent. I want him to acknowledge that although he believed in his heart that it was consensual, that it in fact was not consensual and that he is sorry for it. I want him to take accountability for his actions.

In an ideal world, I also want survivors all survivors to be empowered – survivors of all races, ethnicities, religious beliefs, socio-economic statuses, gender identity, sexual orientations, survivors with disabilities and male survivors too. It is not only women who are victims of sexual violence. We are all in this together in a pursuit of a more just world. I do not want survivors to be defined by their past traumatic experiences and to be labeled only survivors or victims. And often they may not be comfortable sharing their stories because they don’t want to be forever known mainly for the awful encounter that they survived. We deserve to be remembered for much more than that, for people, for society to recognize the complex beauty and potential in all of us. There should be space for every person to speak their truth to take moral stance and to be leaders for positive change.

Tonight is a chance not only for us to take back the night but to take back our lives. A chance to take back our lives on the path to true healing and empowerment. We must always remember the traumatic experiences that we survive do not define us. It is our strength that defines us. And I am proud to stand strong with every one of you here tonight. Because there is something powerful about survivors and allies standing together. And I thank each and every one of you for allowing me the space to speak my truth and for the first time in my life allowing me to say me too.” 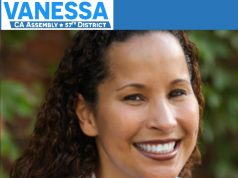 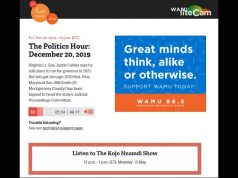 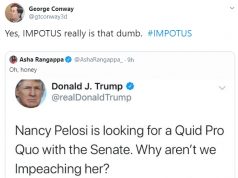