Sharing screen grabs of my viral twitter thread about the other night
in Warrenton, VA, when an anti-Muslim hate org held an event to bash American Muslims who run for office. As y’all know, I’m an American Muslim running for VA Senate District 28.

So—I showed up at the event.

Here’s what happened. Hope you support us by sharing this & donating to our VA Senate campaign, (and voting for me if you live in my district). 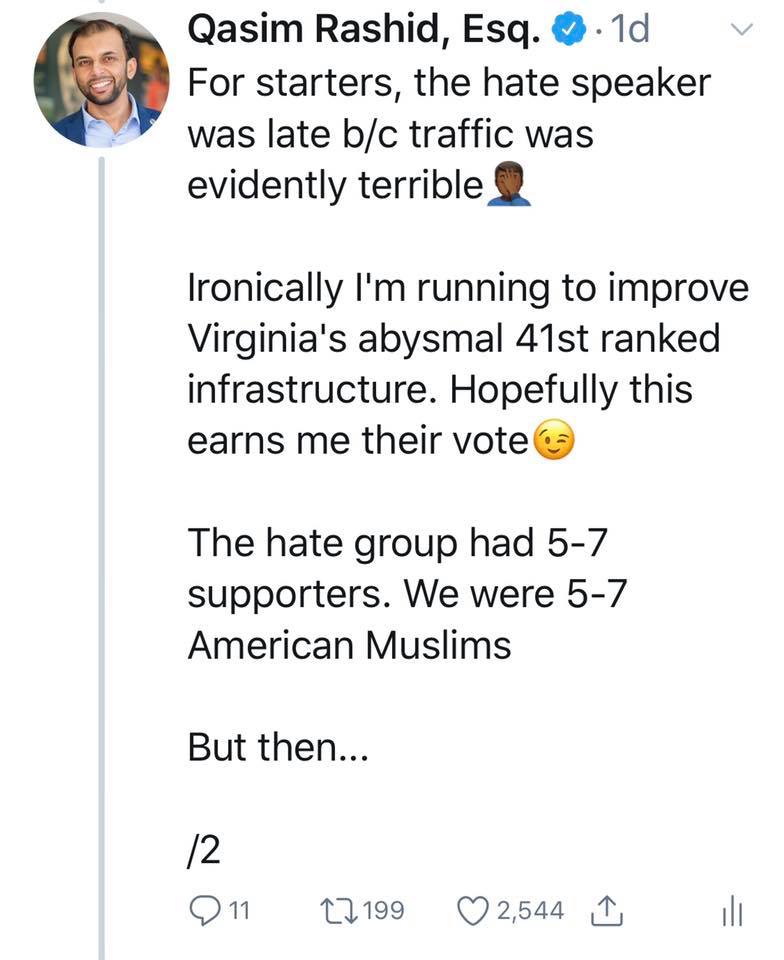 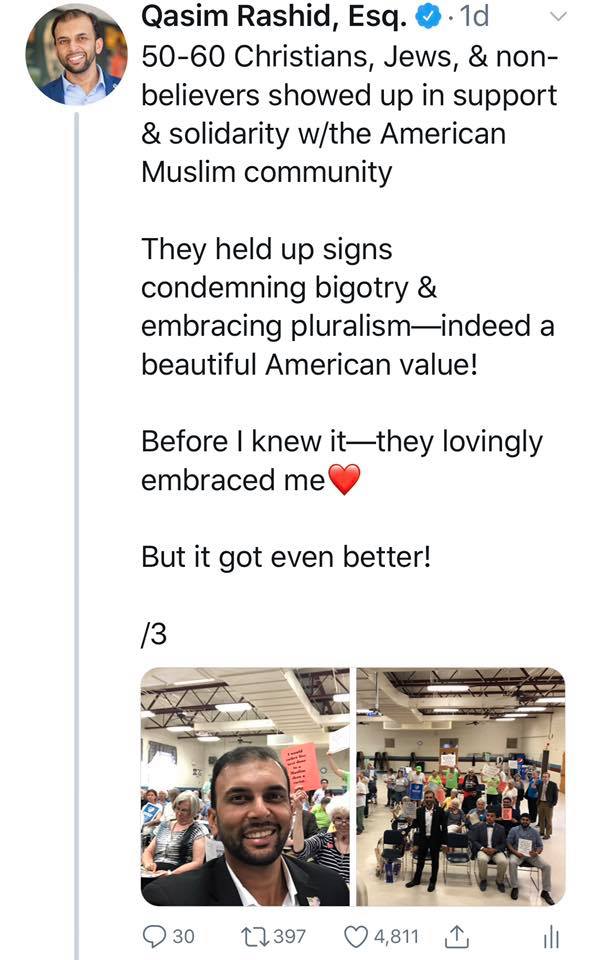 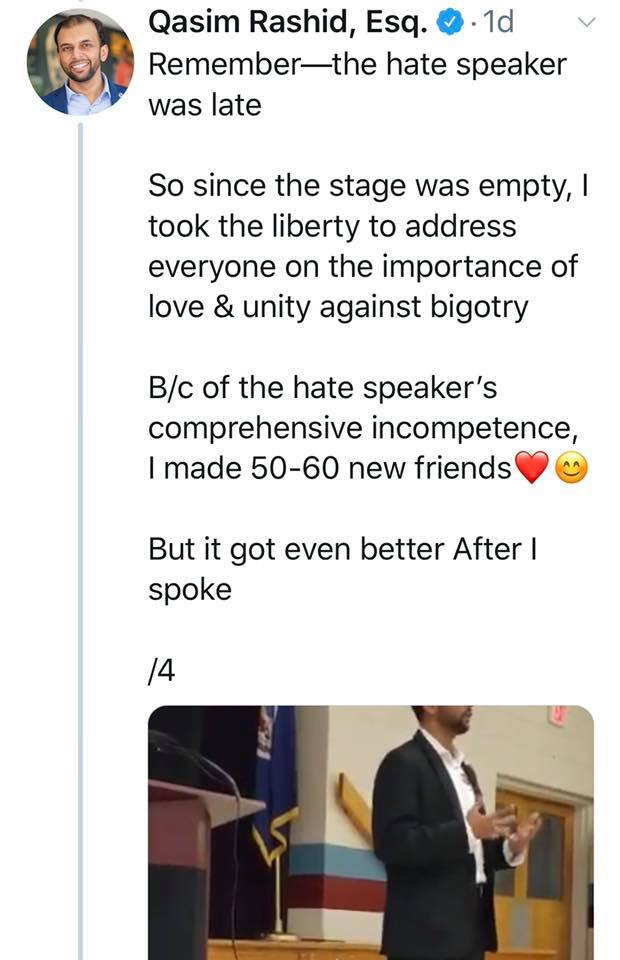 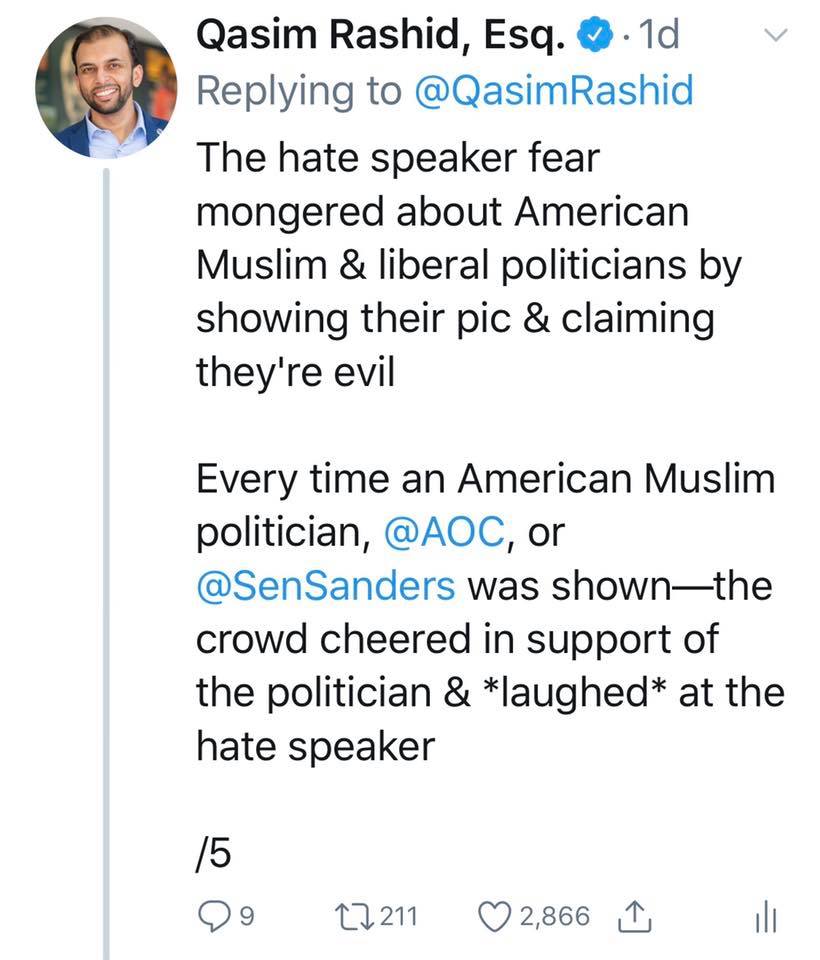 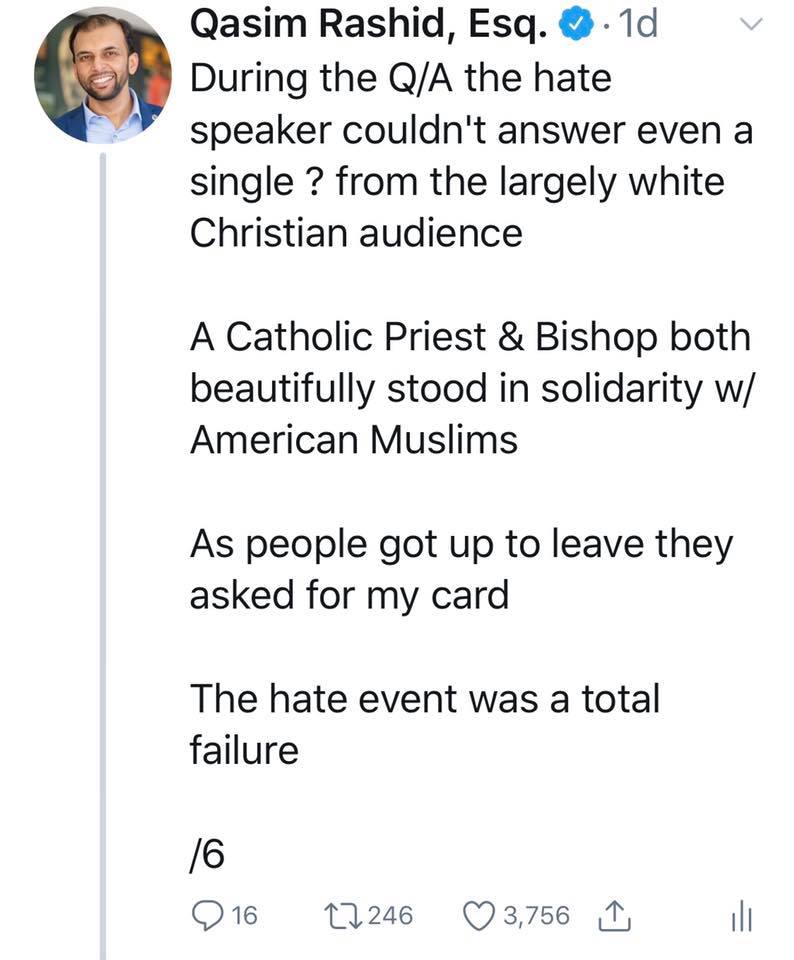 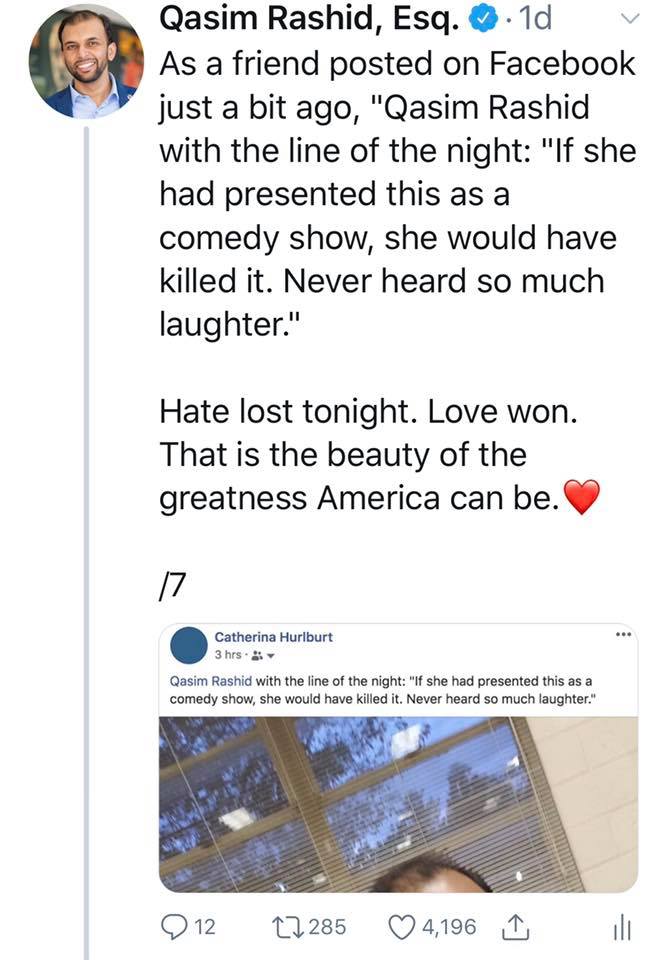 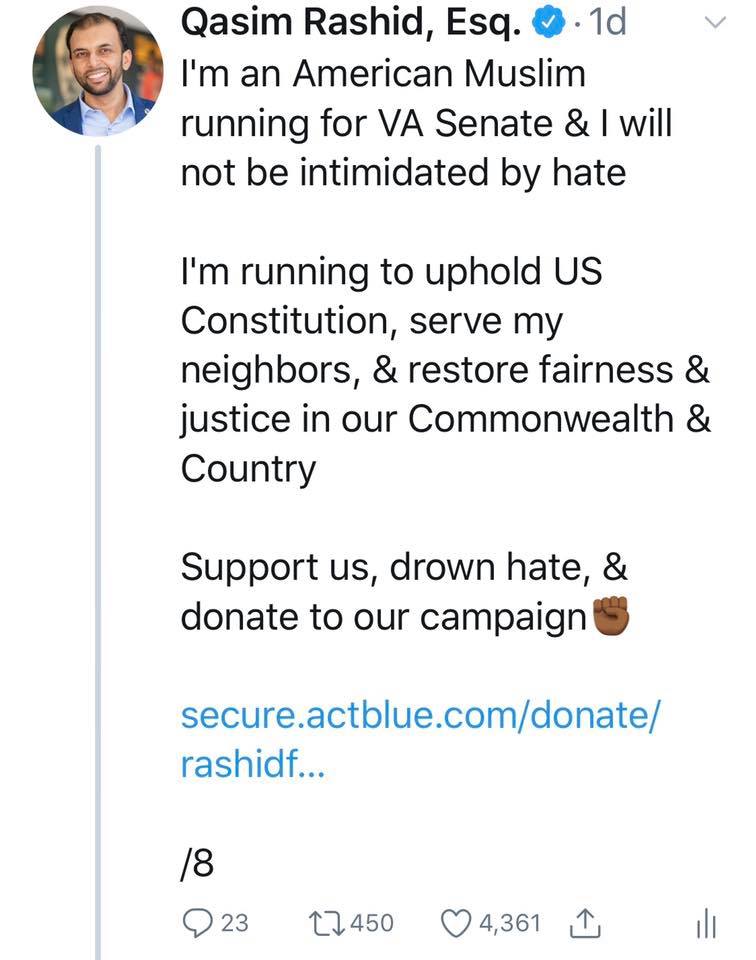 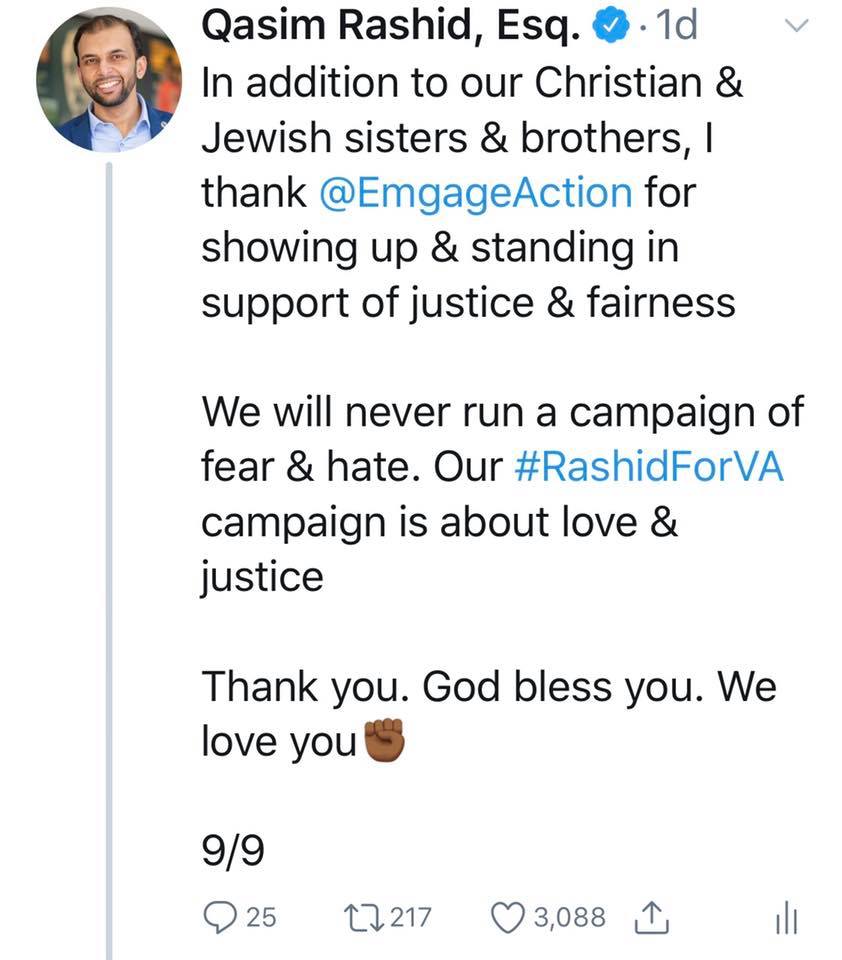 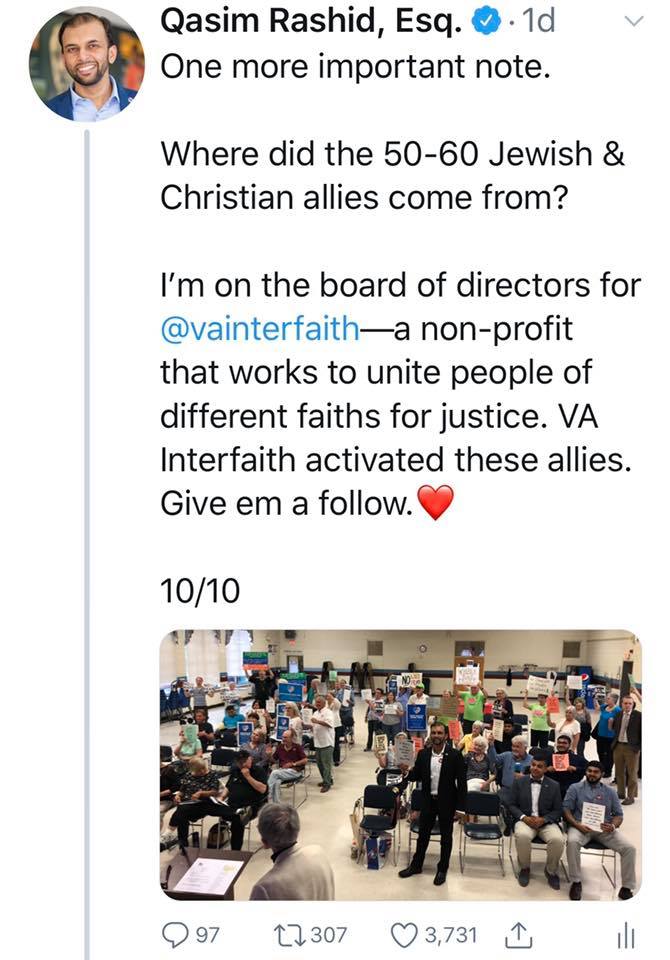