And with Virginia’s primaries being held tomorrow, June 11, there’s STILL no decision from SCOTUS on Virginia’s “racial packing” gerrymandered districts case (“Bethune-Hill”). Let’s hope Democratic elections attorney Marc Elias is right that this is a “victory for fair maps and democracy.” Let’s also hope that Stephen Wolf of Daily Kos elections is correct that it’s “unlikely” SCOTUS will “overturn the lower court’s decision now.” So, with that, make sure you vote tomorrow, and keep in mind that in many of these districts, the June primary election is FAR more important than the November general election, as it’s pretty much the “ballgame” in deep-blue and deep-red districts. In other words, this could be your only real chance to have a say in who represents you on the County Board of Supervisors, in the Commonwealth’s Attorney’s office, and in the Virginia General Assembly. 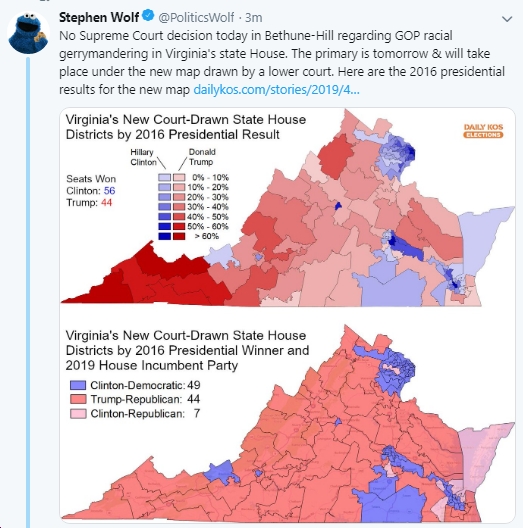 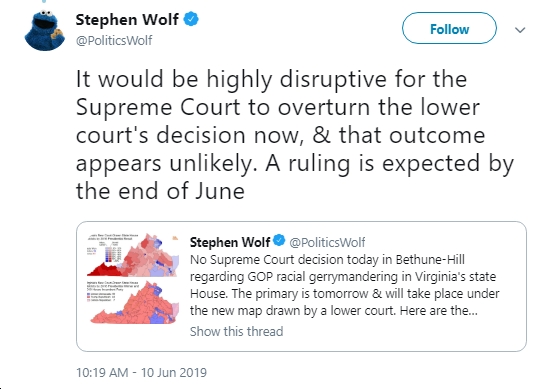