“In Summer’s County WV, the [Mountain Valley Pipeline – MVP] flipped an excavator while trying to construct without consent on Blackberry Springs Farm. The driver is not severely injured (walked away with help of his own accord), they are attempting to clean up obvious spills (which are devastating to the organic status of this farm) and we will update as more information becomes available…

…Sometime after three PM on Tuesday, July 16, the excavator that toppled over on Blackberry Springs Farm while trying to construct without consent from the landowners was returned to an upright position. There were obvious spills which are devastating to the organic status of this farm.

We have not received notice of the condition of the MVP employee who was removed from the scene of the accident. Witnesses observed him walking away on his own, which is good news, but we are still concerned. Nobody’s life should be endangered by this reckless, irresponsible corporation due to their haste to construct before they are shut down for obvious, documented violations.

EQT, EQM and MVP continue to behave abusively, not only to the residents along the proposed line, but also to their own employees. This project threatens the lives and the quality of life for those they hire as well as those who are assaulted daily by un-permitted, reckless and dangerous continued construction.

This proves that they are willing to risk not only the lives, livelihoods and well-being of the communities, water and land which they invade, but also their own people. Stop them.”

I’m told that the third photo is of workers bagging soil contaminated from fluids spilled from the toppled equipment. Again, this incident occurred on an organic farm and could jeopardize the farm’s organic status. Utterly absurd, even worse considering that this is an unnecessary, greenhouse-gas-spewing (the equivalent of 26 coal-fired power plants), multi-billion-dollar/wayyy over budget boondoggle. 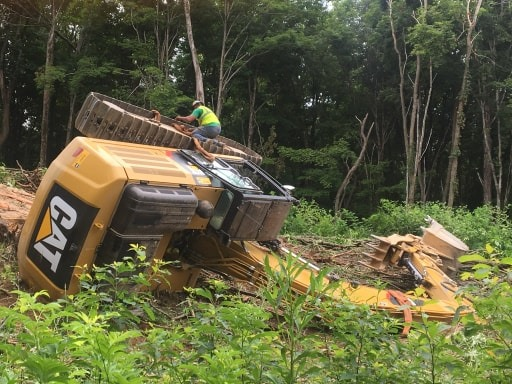 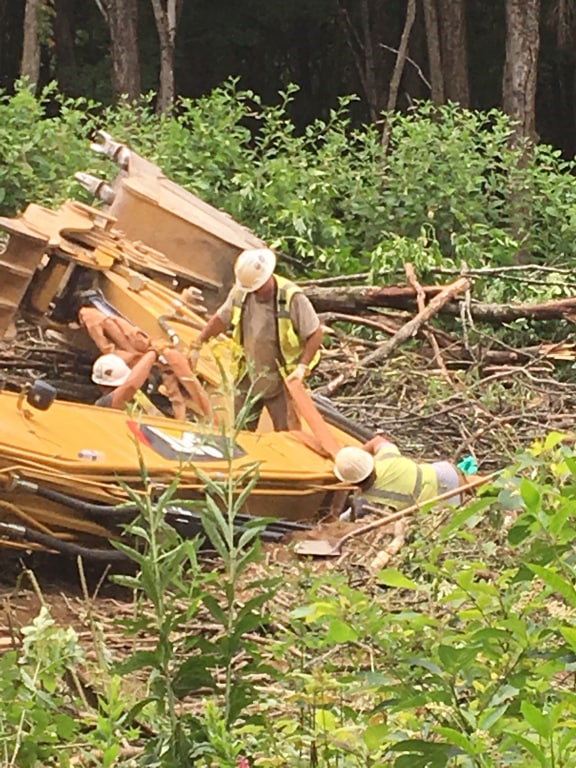 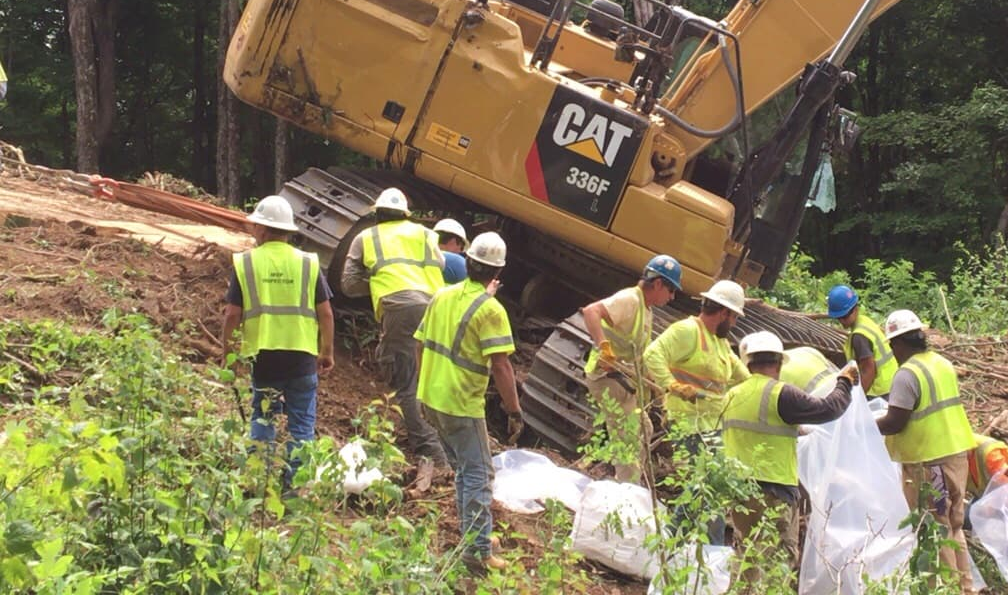