See below for tweets, photos and video from today’s commemoration at Jamestown. My view is that Democrats absolutely should be there, but not when the Racist-in-Chief is on stage. At that point, they should either walk out or, at the minimum, protest in some way. Because, the fact is, in addition to being a virulent racist, Trump also is completely antithetical to democracy, is working hard to destroy it actually, which makes his appearance at this celebration of the early beginnings of American democracy so laughable, offensive, etc.

"Mr. President, you can't send us back, Virginia is our home!" 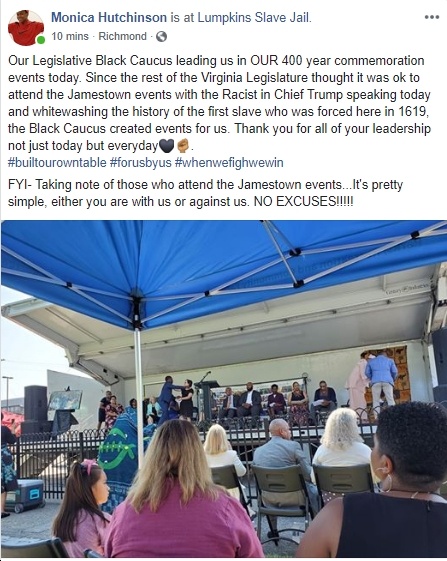 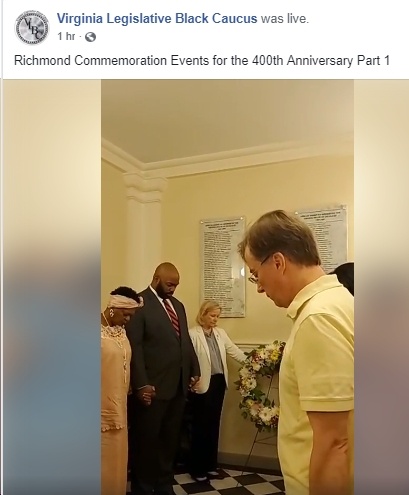 I am in #Jamestown today standing in honor of millions of formerly enslaved African-Americans, including my great-great-great grandfather Simon Fairfax.

Their courage in the face of incredible odds will never be erased nor diminished by this President.https://t.co/5CzmqEyjc1 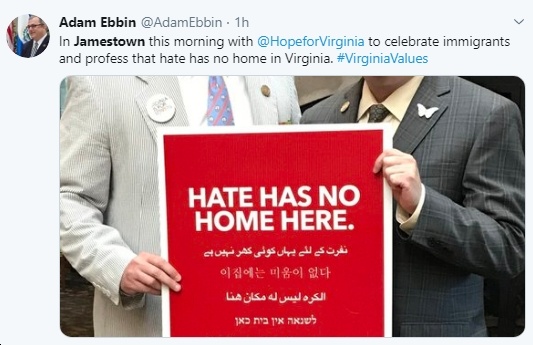 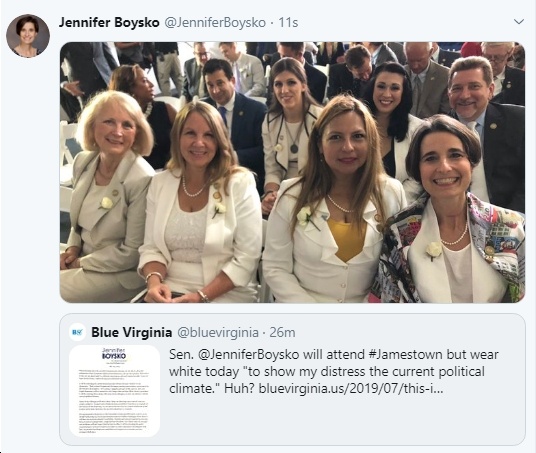 More than 200 people are at Jamestown Beach to protest Trump with more coming in #VGJamestown400 pic.twitter.com/iO38y7v0A4

.@GovernorVA, @LGJustinFairfax and other Virginia officials gather early this morning at the old church on Jamestown Island pic.twitter.com/oyMSuVLf59

I love my country and respect the office of the President. Yet I do not respect or support this President. I will not be at Jamestown in the morning.