By Black Parents of Arlington

APS in Black reports disparities in SOL pass rates between black and white students for most APS elementary, middle and high schools. Results varied. Depending on the school, black students fared far worst or, on occasion, slightly better than their white counterparts in pass rates. Through color-coded designations, BPA shows substantive differences among schools, some with greater than a 30-point difference in pass rates between black and white students and others with less than a five-percentage point difference.

APS in Black’s short two-page pamphlet, is meant to make data easily accessible for black parents and for families of black students while providing a clear basis upon which to have meaningful discussions among community members, policy makers, school district administrators and staff. 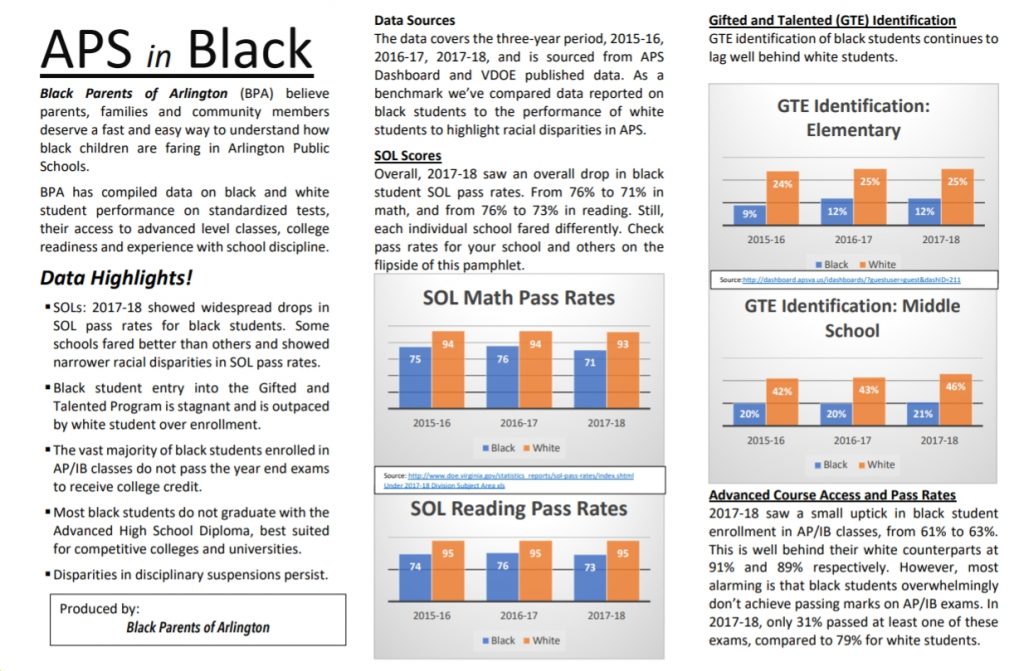 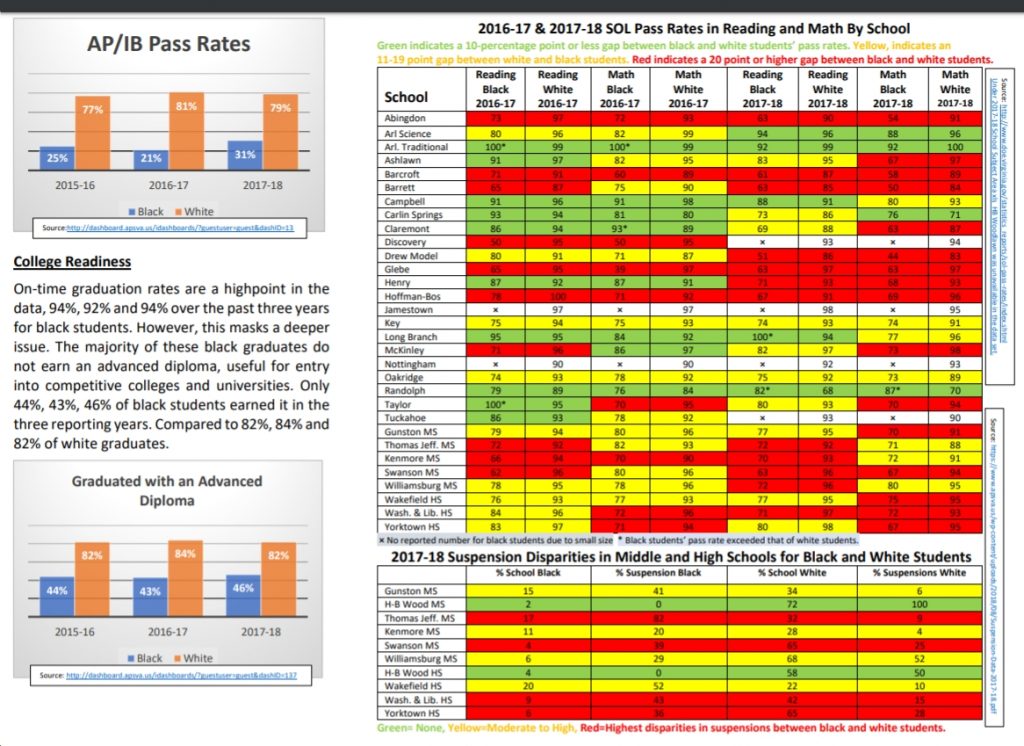