RICHMOND, VA – In a brazen act of political cowardice, Republicans in the Virginia General Assembly cut and ran after 90 minutes of the special legislative session to address gun violence in the wake of the Virginia Beach shooting, and sent 60 gun control bills filed for the session to the Virginia Crime Commission to be studied.

The Crime Commission is scheduled to meet to discuss the bills on Monday and Tuesday, but the Chairman of the Crime Commission, Republican Senator Mark Obenshain, has a career-long track record of doing the NRA’s bidding, supporting dangerous gun legislation and opposing common sense safety measures. Obenshain’s position is a sign that the Commission’s leadership will not be taking the recent gun legislation seriously, and it’s worth looking back at Senator Obenshain’s abysmal record on gun safety:

Obenshain made his opposition to all gun safety measures crystal clear this year when he said that Virginia legislators would be doing the people they serve “a grave disservice” if they supported a gun control bill. 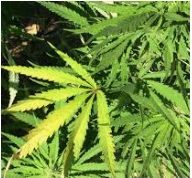 In short, Glenn Youngkin wants to do to Virginia what his top economic advisor, Stephen "Trumponomics" Moore, did to Kansas - trash it, that is. https://bluevirginia.us/2021/07/wapo-editorial-board-savages-youngkins-economic-plan-baloney-if-virginians-want-to-see-an-economy-run-into-the-ditch-mr-youngkins-plan-would-do-the-trick#comment-5477384068