I’ll keep adding to this over the weekend, with just 10 days to go until Virginia votes for the entire state legislature and also for many important, local offices. Make sure you have a plan to vote on 11/5 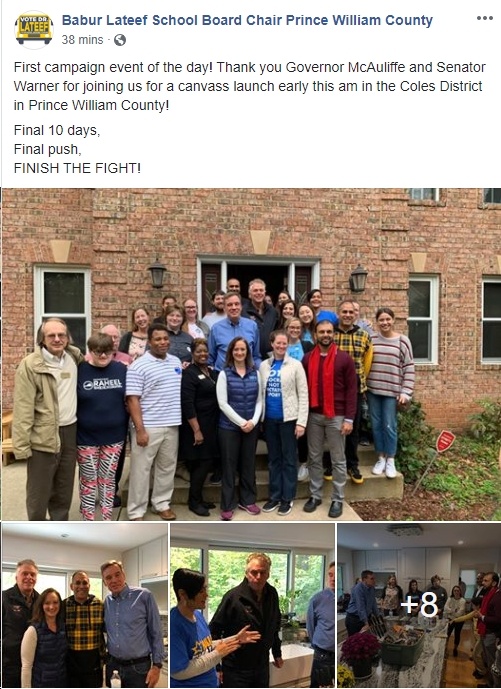 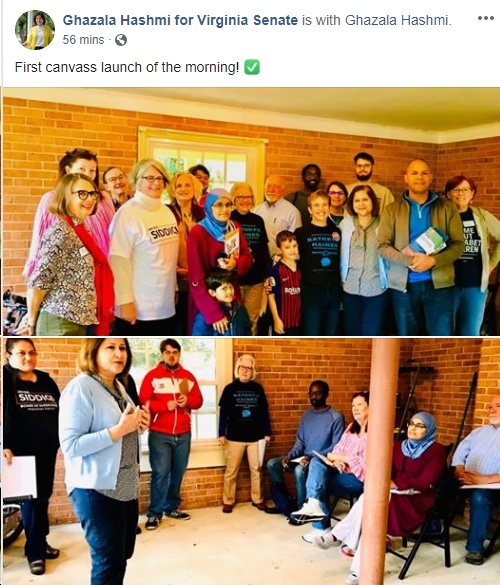 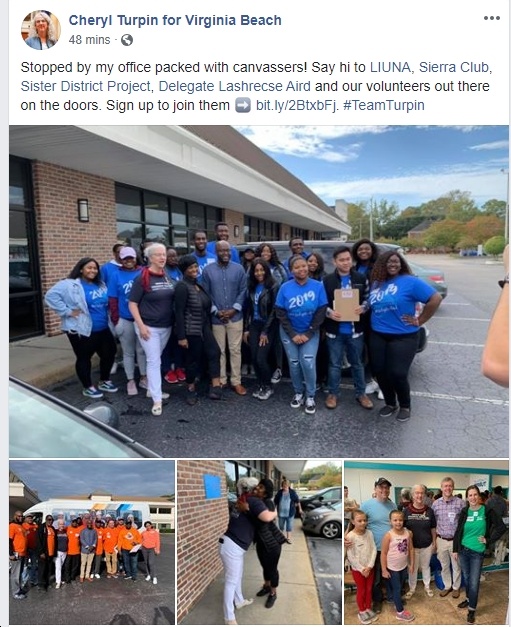 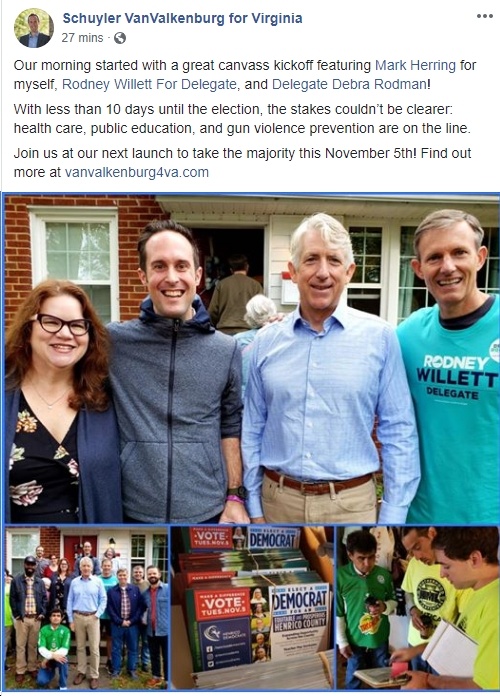 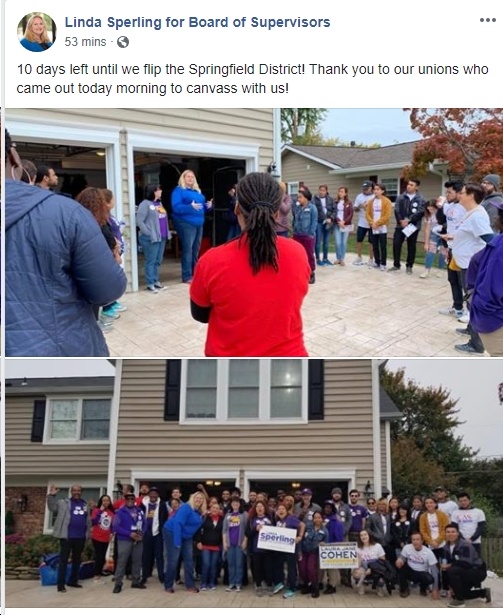 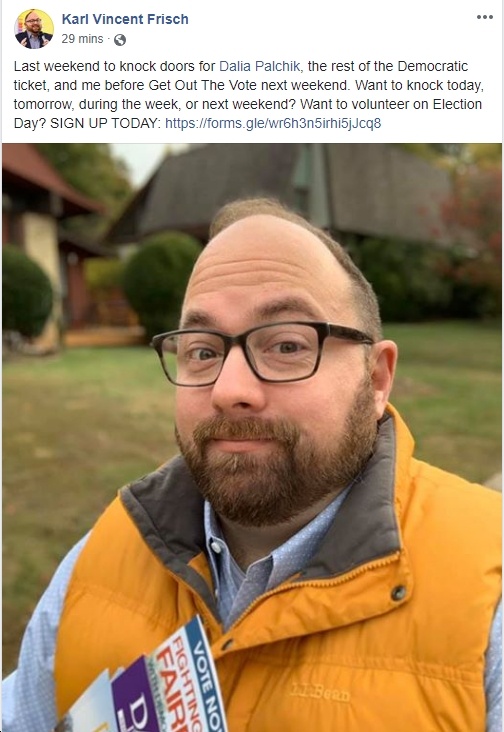 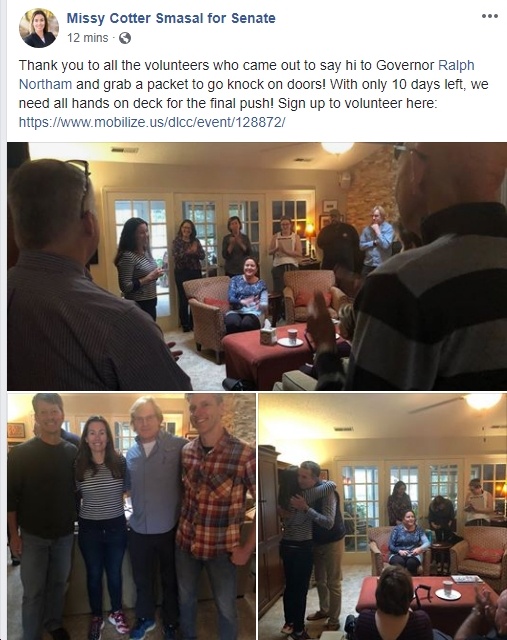 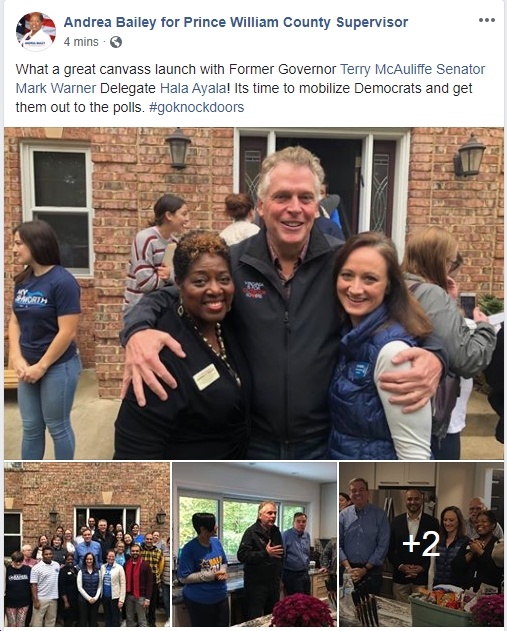 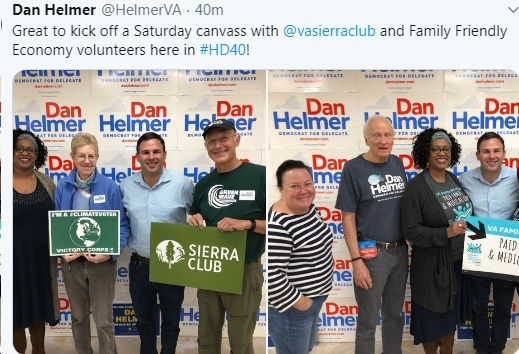 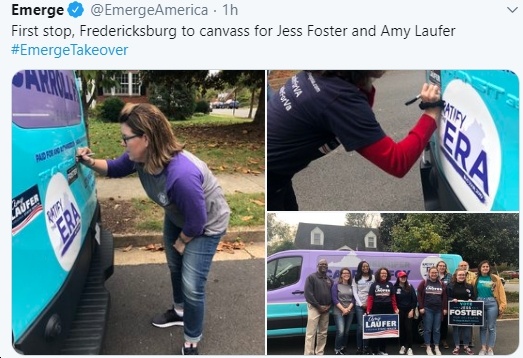 Team JCF here with #EmergeTakeover today. @JCarrollFoy will be traveling the Commonwealth for day one of our GOTV bus tour! pic.twitter.com/0TT03n0yRU

My 30th event this year for @PWCDems was a great one. @MarkWarnerVA @pwcdanica @AnninPWC all ready to flood the zone and turn Prince William County blue! Love the Dem energy we’ve had all year in PWC. In it to win it! pic.twitter.com/4DOmQsdAg9

Thank you to the @vademocrats Women’s Caucus for having me this morning—up & down the ballot, you can count on women to make the change we need in Virginia! ?? pic.twitter.com/yKxykEQcum

They don’t just like @PhilforVirginia—they ❤️ his authenticity and vision to address the needs in his district. And when someone tells you they’re a conservative but they’re still voting for Phil, that’s telling! #FlipVABlue #AllintoWin pic.twitter.com/tpRzKsO6uC

“Were are the only state that has the potential to flip in the next 10 days. Let’s get out there and win!” Thanks for coming to kick off our canvass, @MarkWarnerVA and @EFillerCorn pic.twitter.com/SzKKxgOxQt

So great to be here wiith @StopBigMoney, @SpanbergerVA07, @Barnett4Del and a great crowd of volunteers ready to knock doors!!

Politics should be about people not special interests. That’s why I am not taking any corporate contributions. https://t.co/3FrjnTPEzy pic.twitter.com/rTLnBkhMQJ

With turnout like this, how could you not smile? 🙂

We have kicked off an amazing canvass that began at 10am and we are still knocking!#HalaBack #GOTV #Knoctober https://t.co/7AXYLLmMgN

So many @FairfaxDems in Hunter Mill this afternoon committed to #fighting4fairfax over the next 10 days! Knock doors, make phone calls and help your neighbors & friends make a plan to vote! Join us! @fight4fairfax https://t.co/If45nMiwtd pic.twitter.com/XijbOck6EA

When I tell y’all there’s something happening all across Virginia – seeing is believing. Henrico was rocking and rolling yesterday for @debrarodmanva, @VVforDelegate, and @RodforDelegate (and of course @SpanbergerVA07). We’re all ready to bring it home and #TakeTheMajority! pic.twitter.com/krCcIF1m8e